The A4 has undergone a much-needed facelift. I say much-needed because when the ninth-generation A4 debuted a few years back, it looked far too similar to the model it replaced - which in itself had been around far too long. The result was that the new A4 couldn't quite replicate the success of the iconic A4 B8, at least in the Indian market. 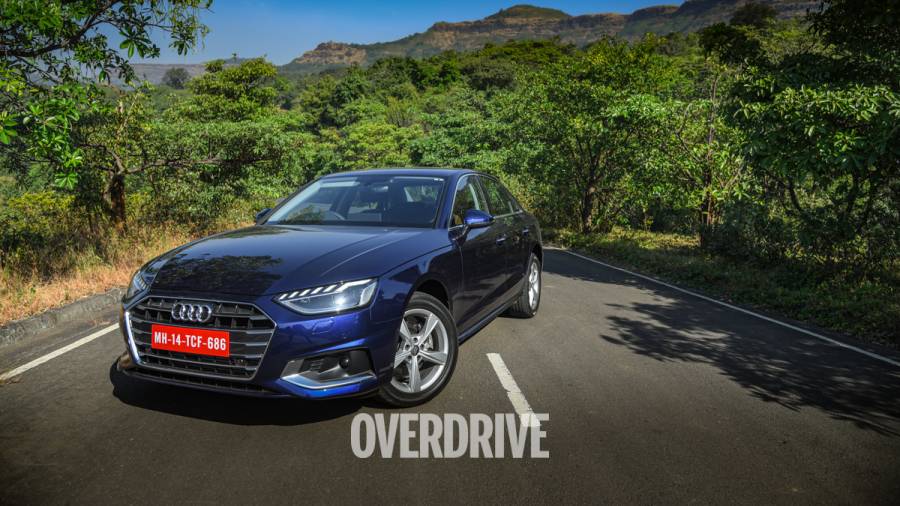 Design
That A4 B8 was quite a looker back in the day and even today it looks quite desirable. The string of LEDs in the headlamps brought some modernity to the segment, and now, the facelift given to the A4 B9 does something similar. The segmented brow which looks like it's made up of wafer-thin OLEDs like the more expensive cars from Audi looks sophisticated, fresh and unique and it's not easy to pull off something like this while wearing corporate attire. 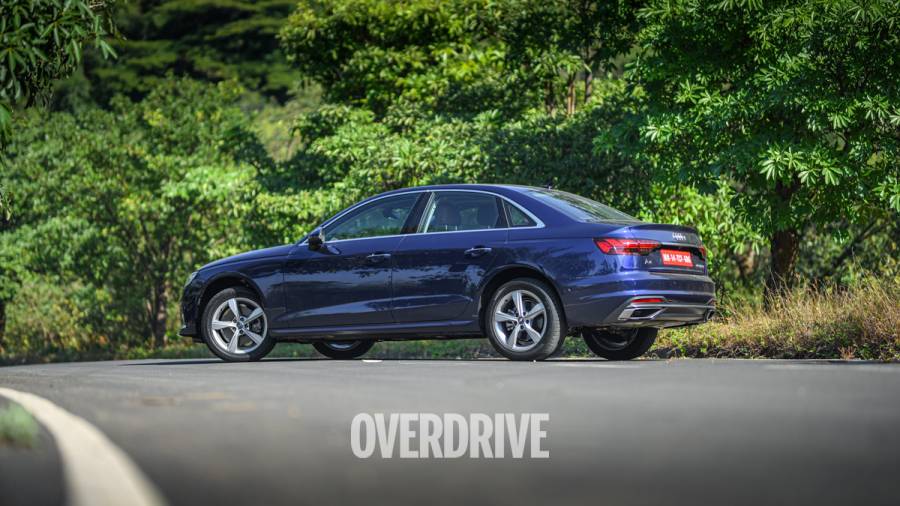 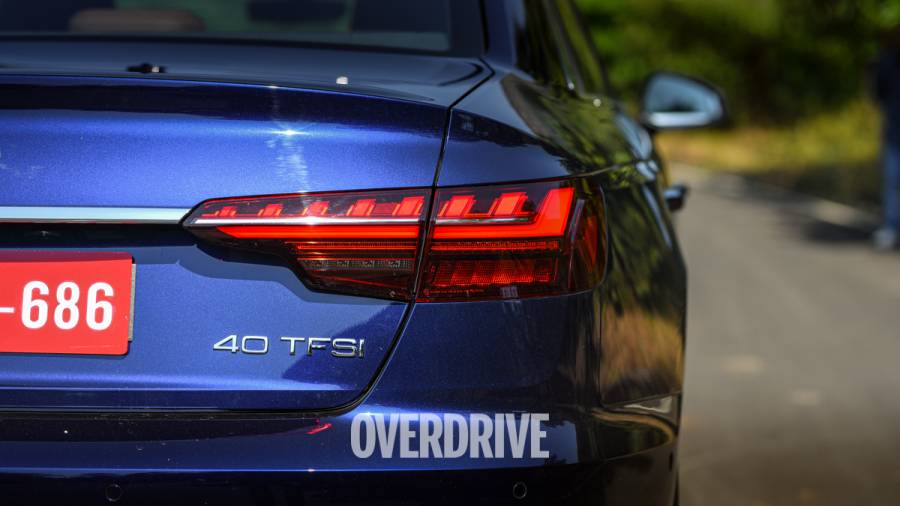 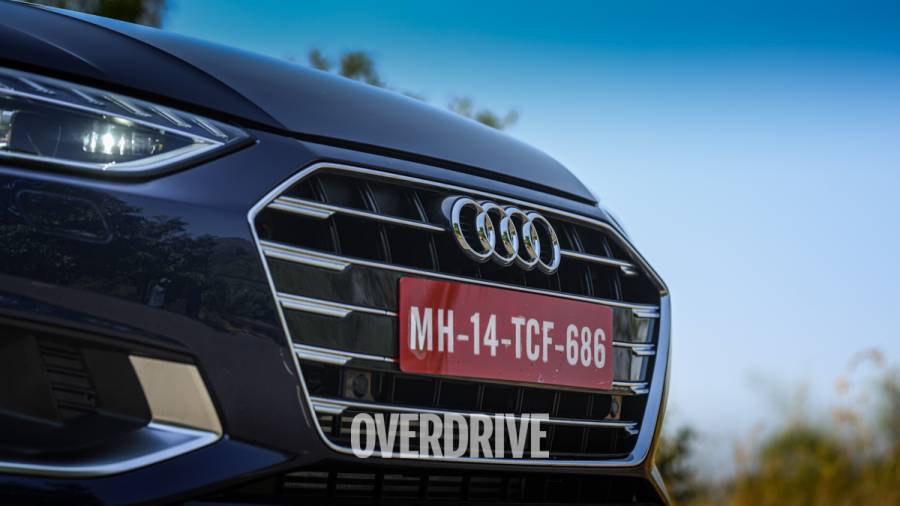 But it does it quite nicely, and in doing so it maintains the elegance we have come to expect of an Audi saloon while adding hints of sportiness that we simply love about the RS cars from Audi. It still has the classic three-box proportions of a business sedan, long wheelbase and a sharp silhouette that instantly tells you that it's an A4. The twin tail-pipes and the spoiler effect for the boot lid add the dash of sportiness, while the creases on its side inspired by the new A6 and complex taillights that match the detailing of the front, tell you that it is a modern-day Audi. 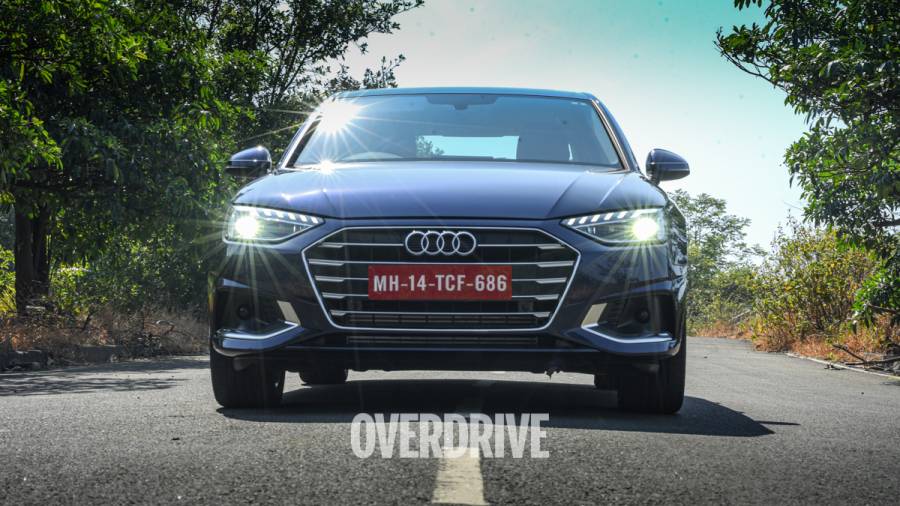 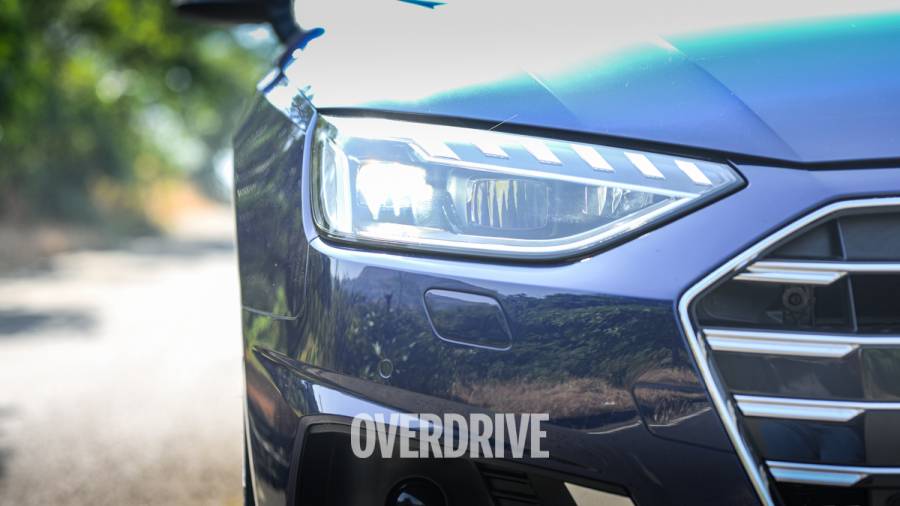 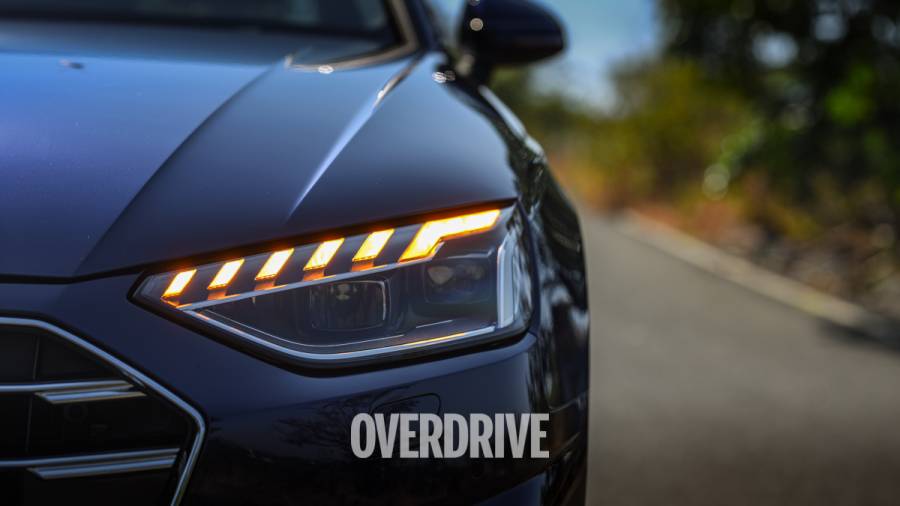 The headlights are the multi-beam, all-weather lights which means they theoretically work well in rain and fog too without the need for conventional fog lamps lower down in the bumper. But given the unique way in which Audi India expects us to test their new cars within a few hours these days, I can't comment on how well these lights work. Also worth noting is that the conventional fog lamp housing now implements the radar equipment on the international line up, but in India, it is simply replaced by round plastic panels that simply look tacky.

Cabin
There are modern touches to the cabin too. For starters, there is the larger screen, which now has a touchscreen interface. It has the latest generation of the Audi Multimedia Interface too, which with its tiled layout makes operation easy when stationary as well as while on the move. Despite the inclusion of the high-res screen, the reversing camera appears noticeably low-res in comparison and there is not 360° view either. If it's any consolation, the computing power of the new infotainment system is ten times better than the outgoing unit. 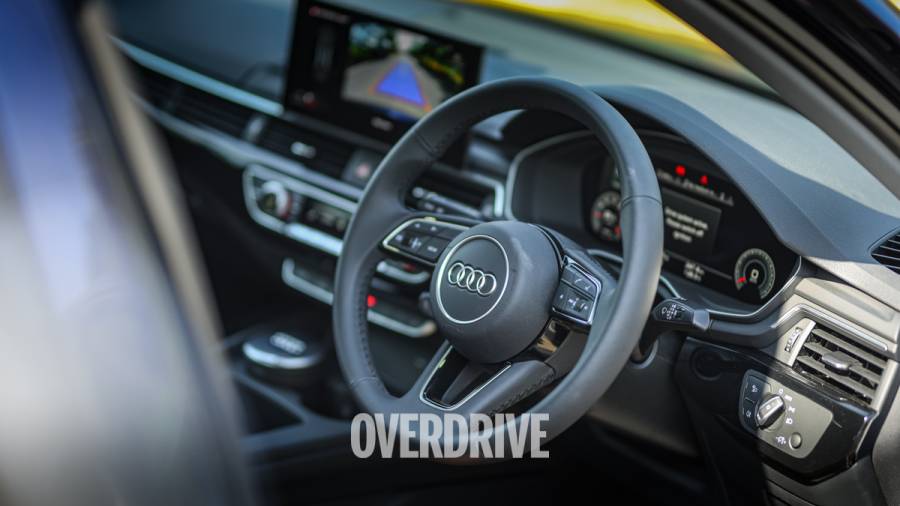 Speaking of using the functions on the move, all switches fall easily at hand. The A4 doesn't yet get the two-screen layout like the more premium Audis but as I have said in the past, I particularly find this old-school layout more intuitive. Interestingly, the HVAC switches on the console are touch-sensitive, sort of. The moment your finger even faintly touches the switches for the circulation modes, climate control functions etc. the associated menu pops up on the adjoining screen to show you the various option, which you can then cycle through by pushing the switches. It's a small touch of class and I quite like it. 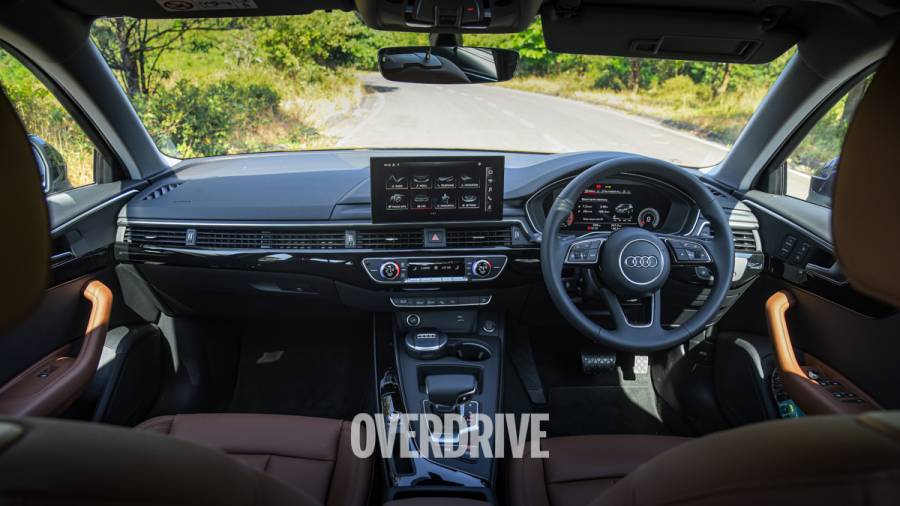 The car tested here is the 40 TFSI in the range-topping Technology trim, which gets the slick virtual cockpit digital instrumentation that displays a wealth on info including the sat-nav in a crisp and easy to read interface. Depending on which side of the fence you are on, you will either appreciate or wonder why the A4 gets USA Type-A ports even in 2021. There is, however, a wireless charging pad, hidden away from your line of sight, under the front armrest. 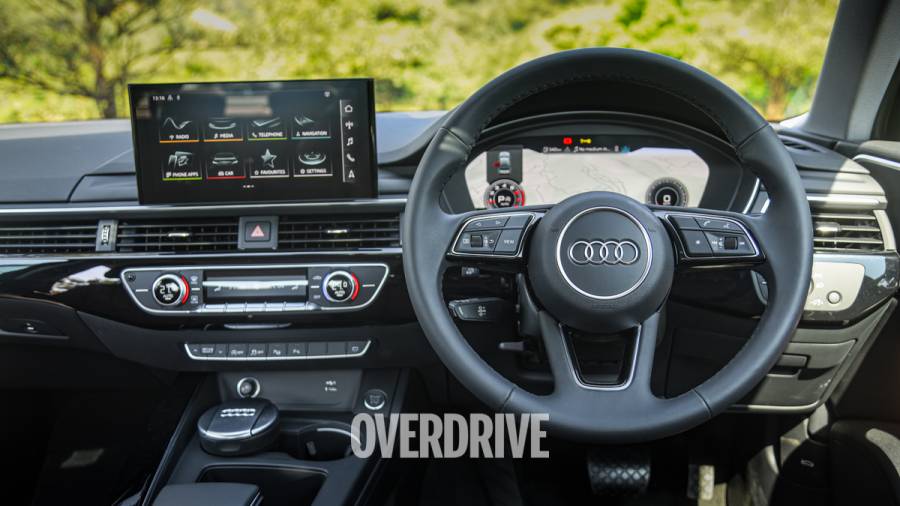 Those seated at the front will appreciate the typical prim and proper fit and finish of an Audi while those at the rear will appreciate the generous contouring of the seats. The cabin isn't the most spacious, but seating is fairly comfortable even for long-distance journeys. I know because I traversed across Germany and Austria in an A4 diesel, but I was also forced to choose the A4 wagon over the sedan for that trip because the boot space wasn't enough for my family's luggage. 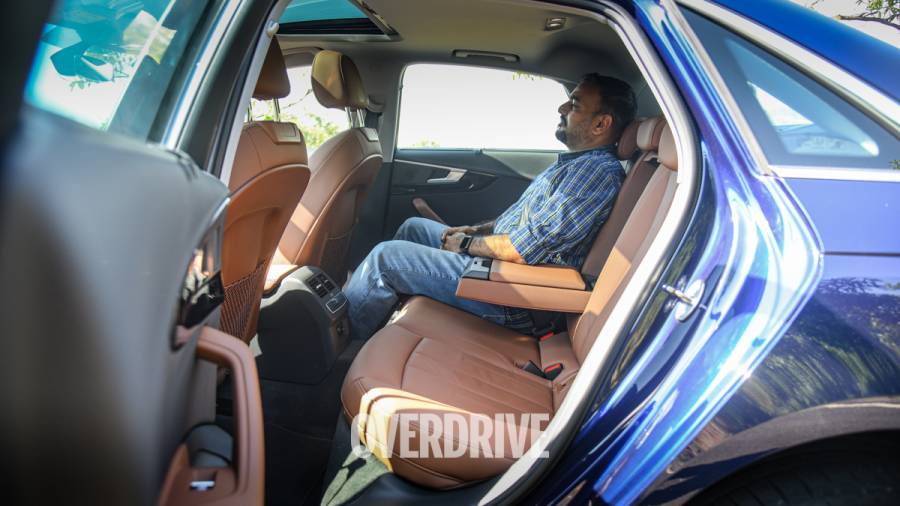 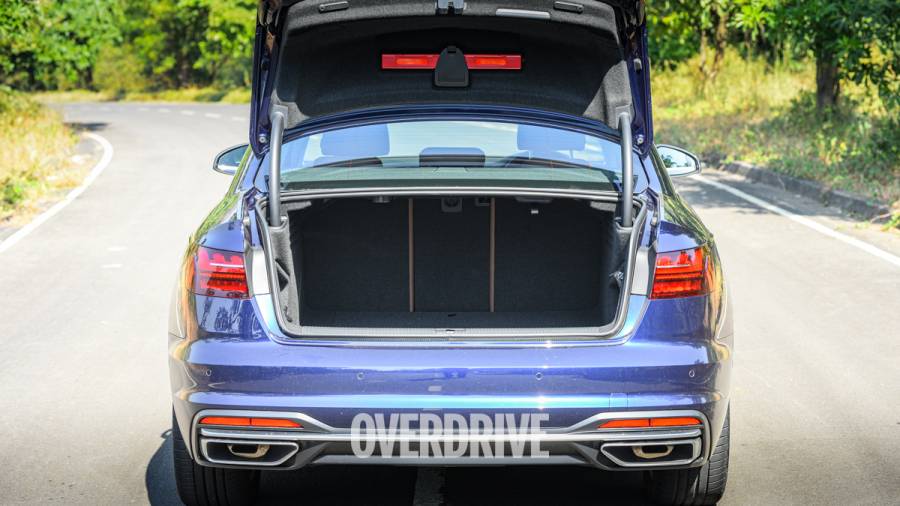 Engine and driving dynamics
India doesn't get the wagon or the diesel. We only get the petrol, and thankfully we now get the correct petrol engine for the A4 - a 2.0l four-cylinder TFSI. What you will love more than the capacity and the power output is just how refined this engine is. Smooth through the rev-range with a faint four-cylinder melody beyond the 4,000rpm mark. I'm calling it the right petrol engine for the A4, because compared to the 1.4l engine that it replaces it feels more energetic when you are driving enthusiastically, and on the highway, cruising at a relaxed 2,000rpm in top gear will give you a decent cruising speed of 120kmph even with a full house. The only fly in the ointment is the gearbox. 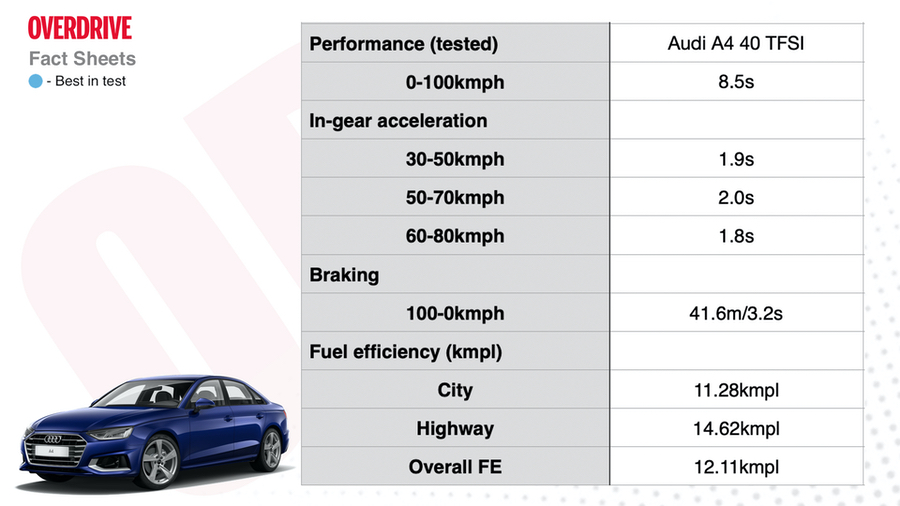 It's a seven-speed DSG alright, but acts stubborn at times, showing reluctance to downshift when you expect it to - like pulling overtakes or negotiating a gap in traffic or dropping gear for a corner. It's slow to respond to part throttle inputs and though it's more than willing to drop multiple gears when you put your foot down, it takes a few moments before it processes your order. While it may not sound like a big deal, it does get frustrating on moderately trafficked highways. Around the winding roads, you are better off with the paddle shifters and reminding the gearbox, who's the boss. But in a 50 lakh rupee sedan, you shouldn't have to - and the A4's new-age competition agrees. The A4 can sprint from naught to hundred in 7.6s (8.5s tested), which isn't blisteringly quick, and marginally slower than the larger koda Superb which is propelled by the same engine. But those numbers and the power delivery of the engine on its own are good enough to tickle the enthusiast in you. But this is where the lack of Quattro dampens the fun. 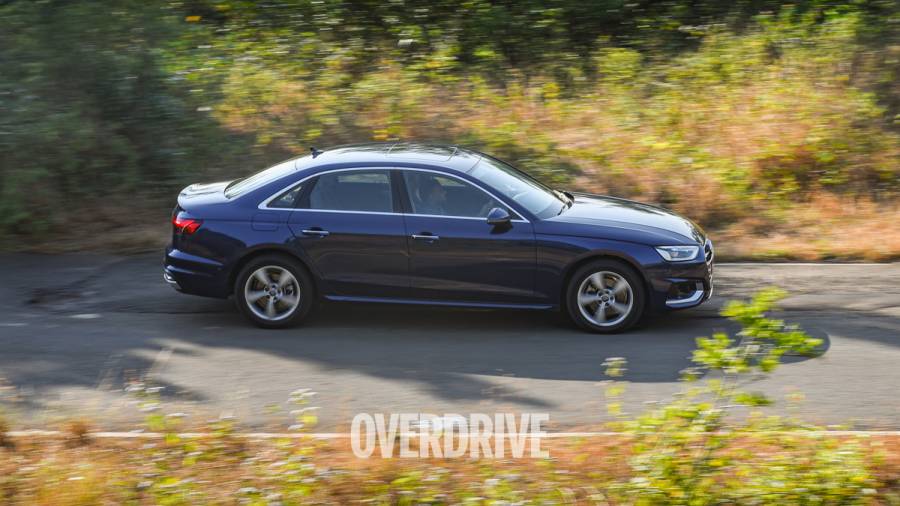 190PS may not sound like much for a car this size, but there is enough torque steer that forces you to be measured with the throttle all the time. More so if you are in sport mode, because if the situation demands it the relatively slow gearbox will drop up to three gears to give you the power needed for a quick overtake, but then the front wheels go into torque steer and traction control kicks in far too often. It's the same case around the bends too - come on the power early and the traction control lights up, be a bit heavy on the right foot and the traction control lights up. And it's one of those overcautious traction control systems that kills a fair bit of power to keep you safe. 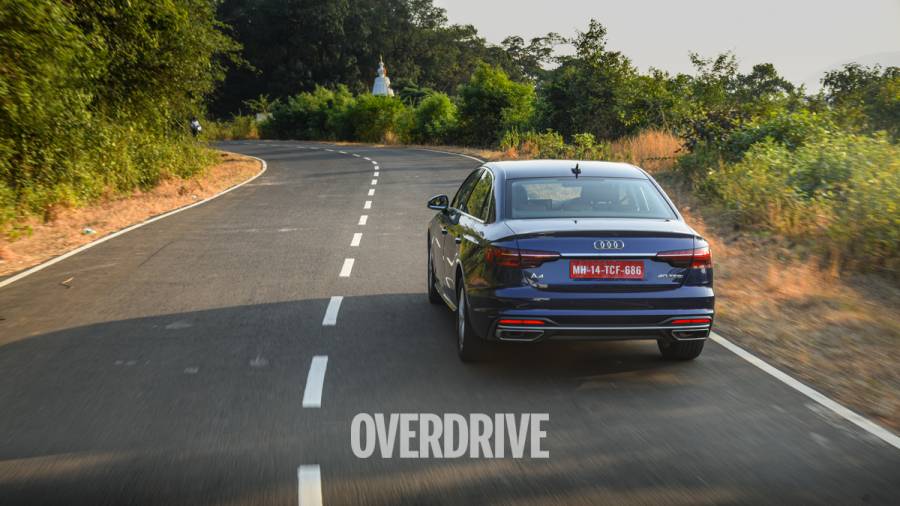 Of course, you might say that not everyone (or maybe no one) wants to drive an A4 with such enthusiasm. But when you have a chassis that is this good and an engine that is as eager as a beagle pup, you have got to miss the goodness of the Quattro all-wheel-drive and the agility that it brings with it. Treat it like a laid back city cruiser though, and the A4 will be far more rewarding. 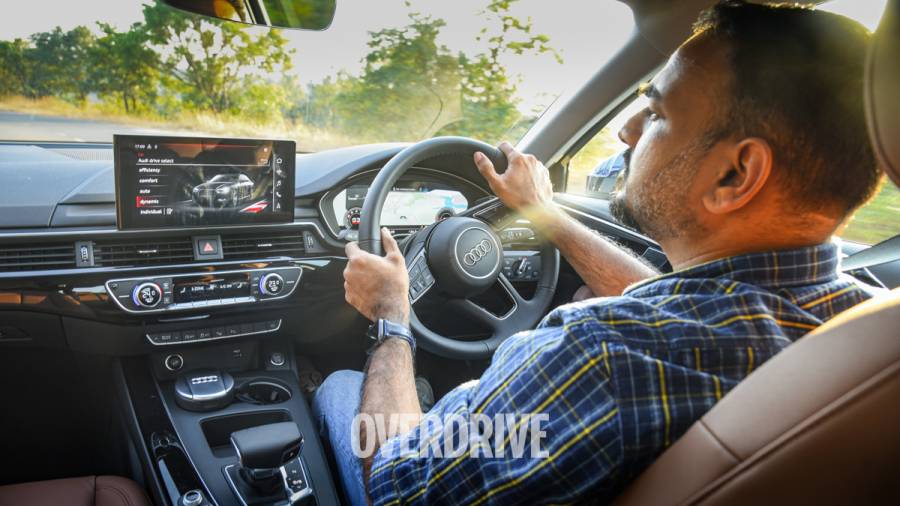 I have said in the past that the A4 offers one of the best ride quality amongst the German sedans and that fact doesn't change even with the inclusion of the new 3 Series. The A4 feels more supple and has better body control than even the Superb Sportline that we tested recently. The brakes remain progressive and confidence-inspiring as before and the steering, though numb at times, leaves little room for complaint. It weighs up nicely around bends and complements the eagerness of the chassis and the powertrain. 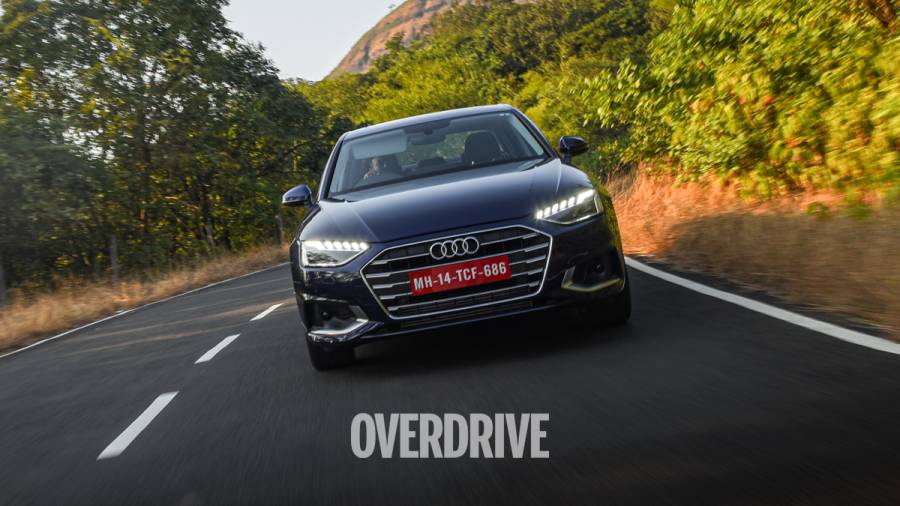 Verdict
Again highlighting that the only thing missing on the new A4 is the goodness of Audi's acclaimed all-wheel-drive. If you ignore this lack of sharpness or if treating the A4 like a sports sedan was never your intent, then the mid-size Audi ticks most boxes. Though radar-guided safety and assistance system have still not made the cut for the India-spec model, the 2021 A4 tech and features that matter to our market and now it looks remarkable than the German competition - a combination that was lacking in the outgoing A4, and one that can theoretically work in the new car's favour. 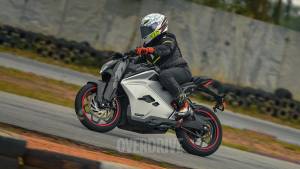