I was in the south of France recently to drive the Cayenne Coupé. This car and likes of it have me believe that they are the Grand Tourers of the future. Just the way SUVs have taken over every other body style and size, the four-door GT won't be spared either. But can the debatable go-anywhere capability of an SUV (coupé or otherwise) really ever match the charisma of a low and lean GT car? I would like to believe that it won't. 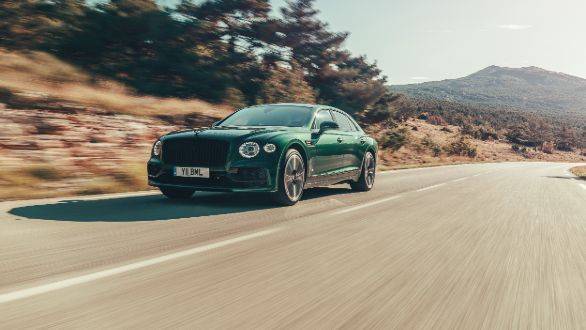 Fortunately, this feeling of mine was rekindled within hours of driving the sinfully tempting Porsche, as a Monegasque chauffeur dressed in a crisp three-piece suit arrived to pick me up for my next junket in a sparking white Flying Spur. You probably know me, I don't like being driven around, and I'm all in for sportscars, Alcantara and carbonfibre. But at the end of a long day, the opportunity to stretch out into a comforting fabric, with a soft pillow under the neck, is that we all yearn and earn for. It is that exact feeling that Flying Spur left me with within moments of getting into the back seat. Oh, that back seat! A familiar place, and yet so different. I have experienced business-class seats in cars, with tablets hanging from headrests and entertaining me, and touchscreen systems controlling window blinds and air-conditioning. But I hadn't seen so much attention to detail before this ride. Bentley has a thing for the crisscrossing pattern, and it spans through the skin of the Flying Spur's cabin. 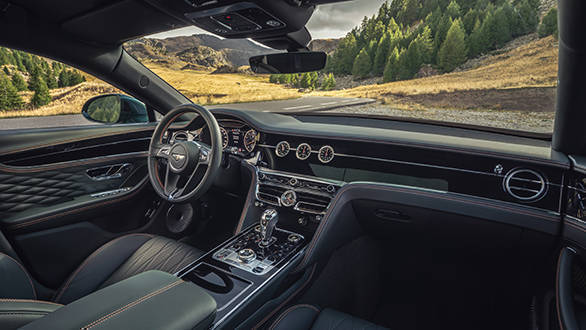 The upholstery has it too, but the perforation in the leather is only on the little diamond-shaped pads that the crisscrossing creates. It creates a unique visual satisfaction. The seats have the embroidered Bentley logos and the same contrasting thread is also used in the stitching on the seams of the seats, the steering, and the leather-wrapped panels. And every line of stitching leads cleanly from one panel to another to create a harmonious flow. 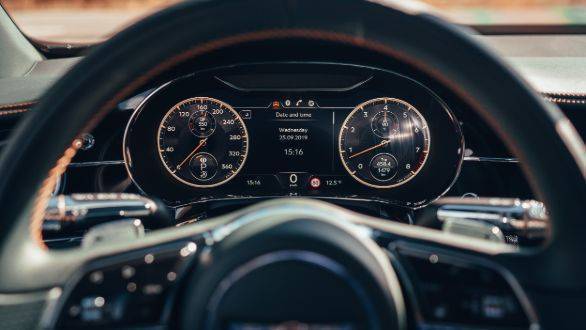 That perfection isn't easy to achieve. The door pads, too, have the crisscrossing pattern done in three-dimensional embossing, and its level of detail remains the same whether you choose to have the panel in leather or wood. Even something as simple as the inside doorknob has knurling on its inner side to ensure that its reflection on the glossy panel behind it matches the detailing of the car's cabin! 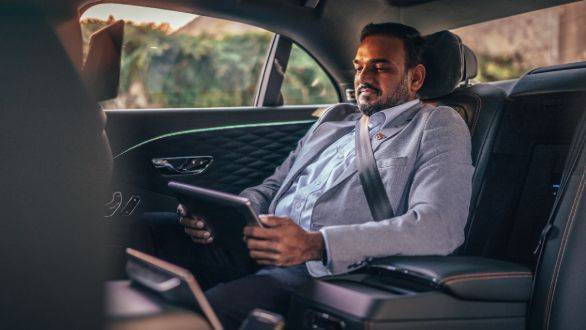 Being driven from Nice to Monte Carlo, the view from the backseat of the Flying Spur was pretty special - the ocean on right, orange skies from the glass roof above, bewildered stares from the onlookers on the left and the new, beautiful, seamless dashboard laid out in the front with its analogue clocks and an interplay of gloss black panels with wood, leather and chrome. The bull's eye air vents are passé. 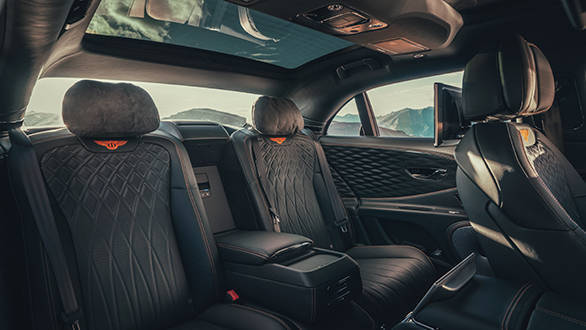 Bentley says that the new three-dimensional angular panel that houses the vents was so complex that it needed a fresh software code to tool the one-piece shape in metal. At the centre of it is an analogue clock and above it is the party piece - the three-faced panel. 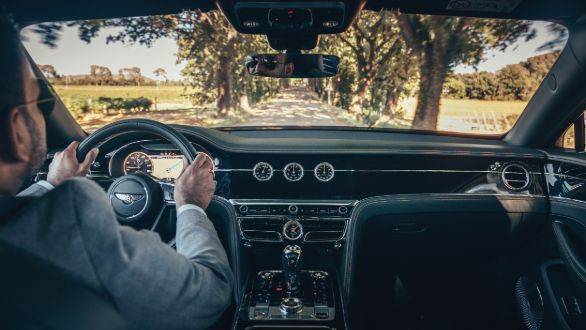 The new Flying Spur welcomes you with a seamless view of the material choice you have made for the dashboard - wood, gloss, a combination of both etc. Thumb the starter and the centre panel will transversely rotate to reveal a touchscreen infotainment that has all the new-gen capabilities like smartphone mirroring, connected tech, WiFi, sat-nav and online entertainment. If you would rather have it the old school way, at the touch of a button the panel rotates yet again to reveal three analogue clocks - a temperature gauge, a compass and a chronometer. I like this view when I'm seated at the back, but when in the driver's seat, the digital infotainment clearly makes more sense. It's like choosing between a Swiss Chrono and an Apple Watch. The Flying Spur is the kind of car that gives equal weightage to the front and the rear seats and that shows in the equipment and comfort. It is, after all, a grand tourer. Thumbing the starter wakes up the 6.0l W12 with the kind of calmness you expect to go with the elegance of this car. It takes a keen ear to notice that the engine is running and at city speeds, it is so refined that it almost feels like a hybrid on pure EV propulsion. That's also partly because the W12 has a cylinder-deactivation function for lowering emissions and fuel consumption, but even for a six-cylinder its quite hushed and there is no way to tell when the engine is running at half steam. 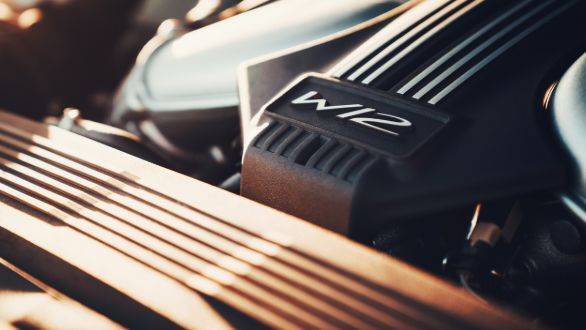 Force all 12 cylinders to fire though, and stately elegance turns into the arrogance of a warhead. By pushing the grippy, crisscrossed accelerator pedal into the floor, you are pushing the equivalent of 635PS or 900Nm to the wheels via a quick ZF 8-speed transmission. For an engine that runs so calm and composed in the city, the power comes in surprisingly quick. Engage Sport mode and the exhaust note changes to a louder setting. It is complemented by a variety of mechanical sounds from the transmission and the turbochargers! Bentley says that for the new Flying Spur, the peak torque is achieved in two-thirds the time taken by its predecessor. That also shows with a quicker, 3.8s 0-100kmph sprint. The new Flying Spur shares some of its underpinnings with the new Porsche Panamera (VW MSB platform) and to harness the power of its bespoke 12-cylinder engine in a more efficient and exciting manner, the Flying Spur uses all the top-drawer equipment and tech that it has access to. And therefore, there are mixed wheel sizes shod with tailor-made P-zeros, rear-axle steering, 48V electronic sub-system that controls the anti-roll bars and an adaptive three-chamber air suspension, and a torque vectoring system that can also brake the inner wheels to improve agility and grip through corners. All the systems work exceptionally well to mask the length of the Flying Spur. 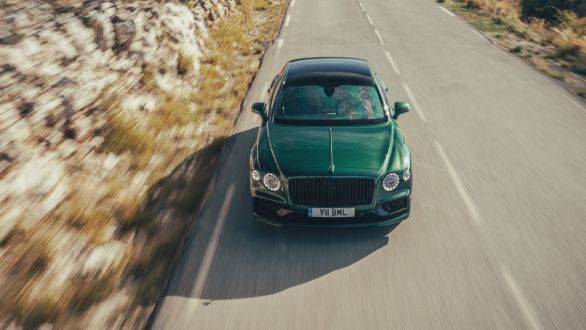 But start exploiting the engine or go hot into a corner and you realise that this is still a two-and-a-half-tonne car. There is a fair bit of weight transfer on the outer wheels and it usually catches you mid-corner. The weight makes itself evident under braking too, where at the fag end of the braking manoeuvre you feel the transfer of mass. Factor the weight into your spirited drive and you realise that the Flying Spur is probably more agile than other super-luxury saloons. 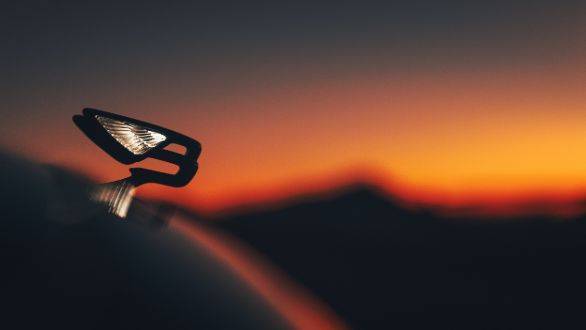 The Flying Spur is also an elite member of the 300kmph club, claiming a top speed of 333kmph. The enthusiasm with which the power keeps coming, cruising at 300kmph on the autobahn should feel effortless too. After all, the Flying Spur is a grand tourer and munching miles like a glutton is just another day at the office for this car. 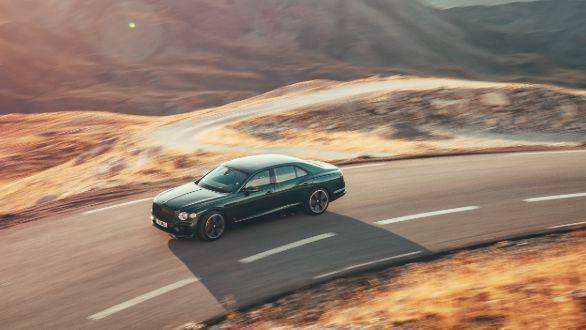 We drove up the iconic and winding Route Napoléon to arrive at the Chapelle Sainte-Roseline in Les Arcs - where we met up with a '59 S2 Continental Flying Spur. The new Flying Spur has hints of that design in its rear haunches and the pinched creases, and so many generations on, they still seem to be tied together with the same thread, if not cut from the same fabric. And then there are the complex lighting elements, inspired by Bentley's recent concept cars, that immediately establish the new Flying Spur as an icon of the current times. The design is also sleeker and more refined, thanks in part to the flexibility that its aluminium body offers for complex surfacing and sharper detailing. It has also helped the Flying Spur in dropping weight over its predecessor. 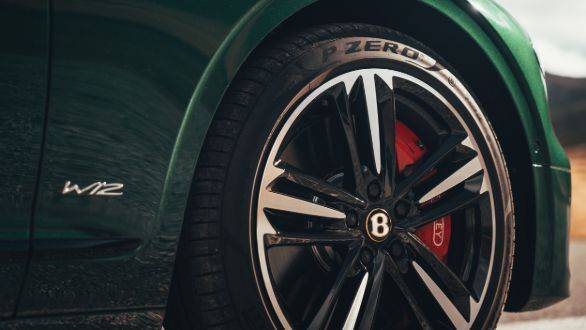 The Flying Spur loaned to us looked particularly more athletic in its form with its verdant green shade and the gloss black detailing for the grille and wheels. It's certainly a head-turner. It's astonishing to see how the new Flying Spur looks sporty and aggressive in these colours and flips to a royal elegance when specced in sober shades and chrome garnish. But then again, split personality has been the Flying Spur's thing - luxury saloon by the week and a grand tourer by the weekend, and it pulls it off in a unique manner. No SUV will ever match that! 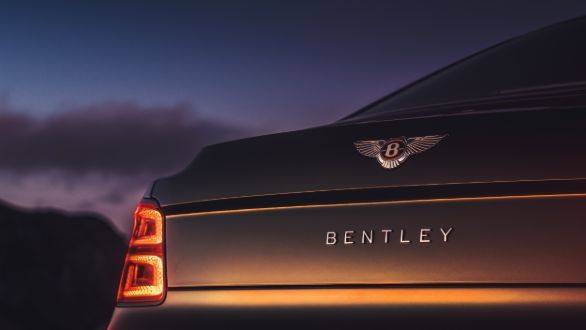