The world of performance cars is predictable on certain fronts. Every new sports car is almost always more powerful than the model it replaces. It usually claims to be a bit quicker and faster than its natural rivals too. And when you talk of brands like Porsche, it is not about pounding more power under the hood, but the focus is instead on faster corner speeds, millimetre perfect driving dynamics, and quicker lap times. That is a difficult task to achieve with a sportscar itself, and the calculations get all the harder when you jack up the centre of gravity to build an SUV. Porsche took up that challenge back in 2002 and delivered a hard-hitting punch with the Cayenne. Setting a benchmark back then was easy with virtually no rivals to contend with, but today with the likes of Range Rover, Maserati, Bentley and even Lamborghini building sportscar rivaling SUVs, things have gotten very serious - more serious than the 550 horses under the hood! 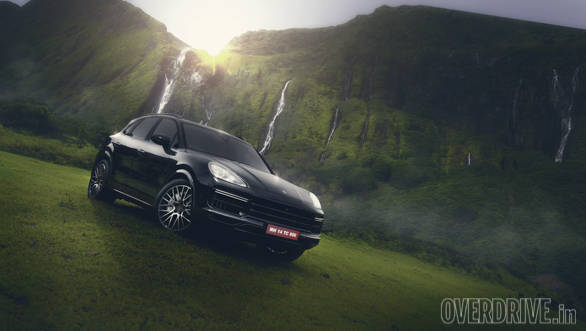 You read that right - 550PS! All engines in the new Cayenne are now turbocharged, but it is this power that awards this Cayenne the iconic 'turbo' badge on the tailgate. The tailgate, with its seamless lighting strip between the taillights, is also the easiest way to identify the new Cayenne from the older one. Look closely and you will realise that it's also leaner and has tighter lines. Under the familiar looking bodywork is a chassis that boasts of a multi-material construction, out of which 47% is aluminum - making the car 55-65kg lighter than before. Porsche assures that despite the focus on weight loss, steel has been used generously in the impact zones to ensure optimum safety of the passenger cell in case of a crash. The new chassis also responds better than before to flex, g-forces and thermal effects. 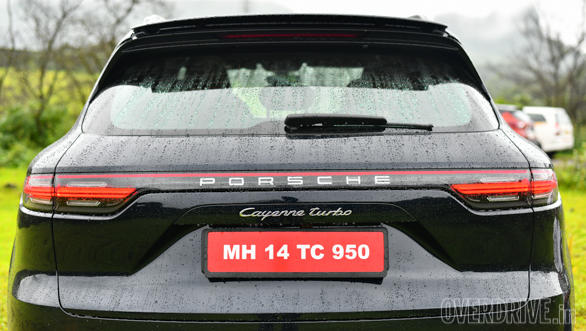 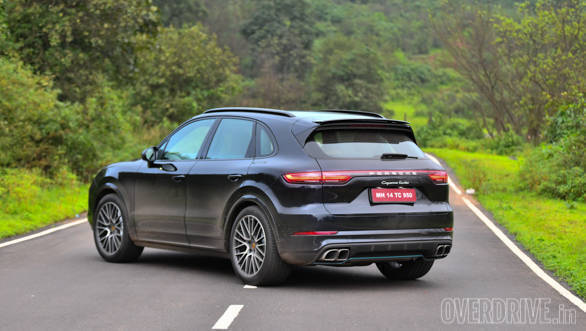 Past all that jargon, the real beauty of the new chassis lies in way the car handles! The new platform allows a 48V electrical subsystem that is used to power new active anti-roll bars. The system can adjust the torsional rigidity of the anti-roll bars within seconds. A pivotal motor splits the anti-roll bar into two halves and can rotate them in opposite directions to counter roll or dive. Compared to the electro-hydraulic actuators on the outgoing model, this system is so quick in its operation that it makes the passenger cell feel independent of the suspension elements. 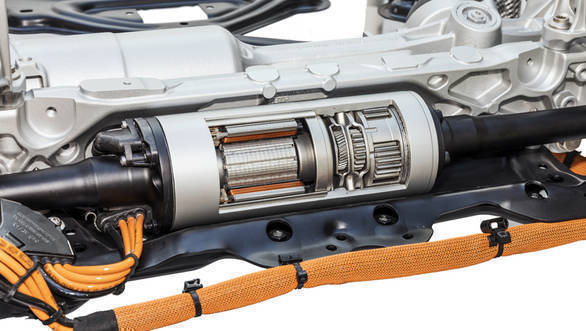 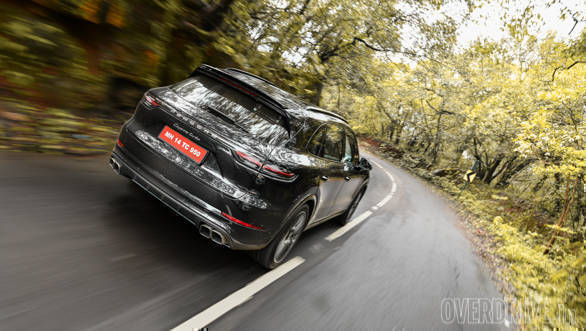 Its surreal. Chuck the Cayenne into a fast corner or a series of bends and the coordination between your senses could go for a toss. Your experienced grey matter will tell you that there needs to be a vertical movement of the cabin and your eyes and organs are already preparing to counter the body roll. Interestingly, the Cayenne is preparing - just that it does it much faster than human reflexes. So while the three-chamber air-suspension is doing its thing, the cabin stays parallel to the ground. Remember, we are talking about a flat ride at sportscar level of speeds here! 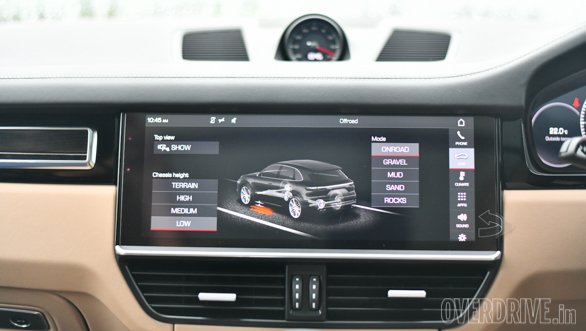 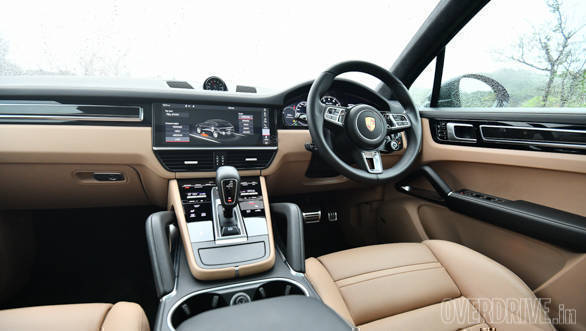 The air suspension is brilliant on mediocre roads too and doesn't have the overly firm ride that you usually get with such high-performance SUVs. You can set them up to your liking and when the going gets tougher there is an array of off road modes too. The system let's you pick your choice of terrain and it will also let you alter the ride height. It has two lockable differentials too! Recalling my experience during a trip to some rocky hills of Oman with the lesser Cayenne S earlier year, I can tell you that this system delivers on what it promises and then some. 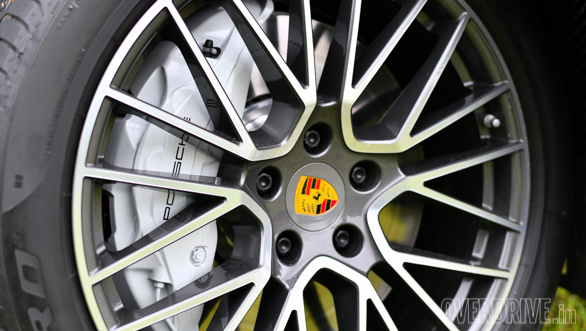 It has the basic hardware you need to go off the beaten path. You will, however, need to swap the tyres. By default, the Cayenne Turbo comes with tarmac-biased tyres as expected. But not just any tyres, it's Pirelli's top drawer equipment - the P Zero! It is arguably the stickiest selection of tyres for road-going performance cars and you can't just buy a set off the shelf by specifying the size. Every P Zero is tailor made as per the dynamic requirement of every model in mind and therefore its contribution of the car's handling characteristics is higher compared to generic performance tyres. 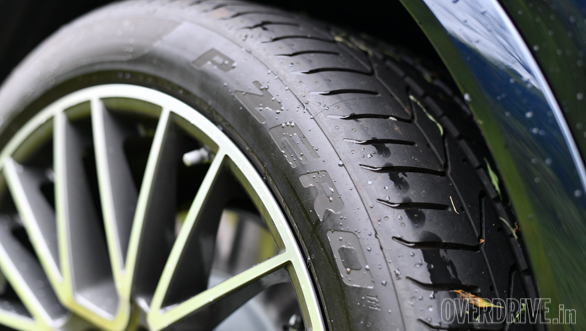 Complementing these tyres is Porsche's acclaimed rear axle steering concept, which was a delight on the 911 GT3, and is magical on the Cayenne. It masks the size of the SUV by way of a tighter turning radius at slow speeds or sharper handling around bends as the speeds rise. 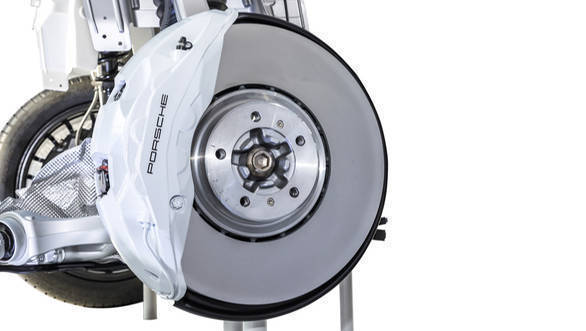 The Cayenne Turbo also gets the Porsche's Surface Coated Brakes, which use a cast iron disc coated with exceptionally hard tungsten-carbide. These are mated to a ten-piston calliper at the front and a four-piston calliper at the rear. These brakes boast of better friction, faster response, a slower wear and lesser brake dust. The slower wear gives it a 30% longer service life, while the lesser brake dust means it is eco-friendlier. On the road, the brakes do need a firm push of the pedal, but don't need to come up to heat (like the optional carbon ceramic brakes) for optimal operation. Couple this with the anti-roll mechanism, the four wheel steering and the grip from the P Zeroes - and it creates a package that is so precise, that quite frankly, it needs getting used too with how high you are seated. Once you do, you will realise that the handling characteristics are at a whole new level now. 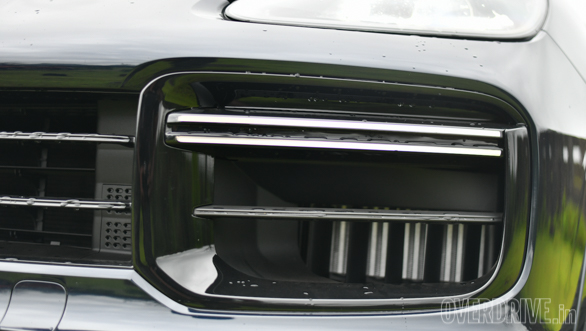 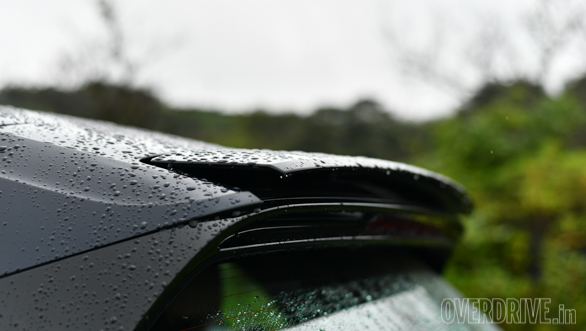 To that effect, the Cayenne Turbo also gets new active aerodynamics, which has active flaps up front for lowering the drag or for improving cooling, and the ability to lower the car at speed for better performance. But the star of the aero package is the roof-mounted active spoiler that can dynamically change its angle to increase downforce, aid stability, compensate for an open sunroof or even aid braking by creating aerodynamic resistance. 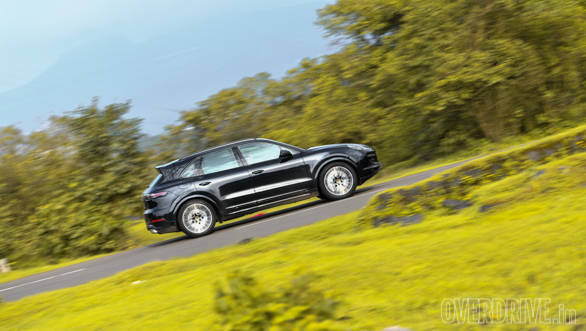 The new Cayenne also trades in the conventional double wishbone axle for an aluminium front axle that features a separated link design. Further, an aluminium auxiliary frame replaces the steel subframe used for mounting the engine. The generous use of aluminium reduces weight, while this new design makes for quicker steering response and minimises vibrations caused by wheel imbalance. The steering is quite light for my liking though. I would like a bit more weight as the speeds rise or when I 'dial' in the sharper Sport or Sport plus modes using the dial on the steering wheel. Apart from the mode selection, the dial also lets you summon a boost function, which for a brief 20s gives you an extra dollop of power and torque you have at your disposal. Porsche hasn't been too creative with it and has simply called it 'boost'. But I like to call it the 'headbanger knob', for obvious reasons. 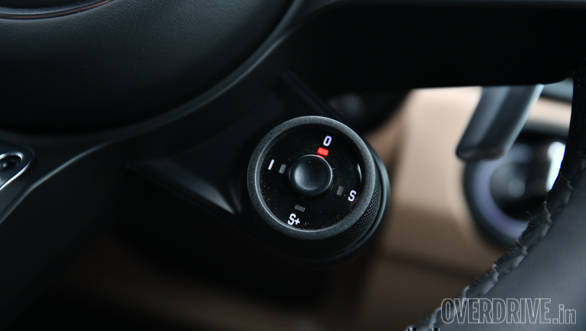 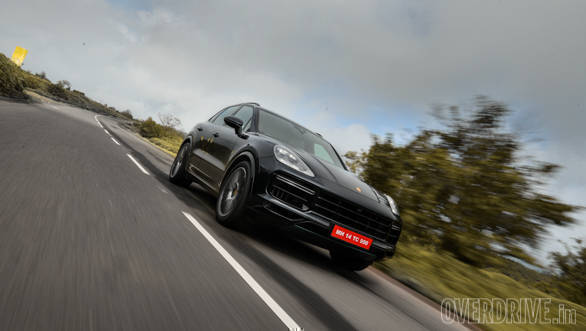 Oh and speaking of power, we still haven't spoken in detail of the engine. Well, it is still a V8, but it sounds a bit sober and it's now a 4.0l bi-turbo block and puts out 770Nm of torque and 550PS of power. It goes like stink too, taking only 4.1s to 100kmph on its run to a top speed of 286kmph! But like I said right at the beginning, the power is not the only thing that makes the Cayenne Turbo so special. It is the sum of all the technologies that let you harness all that power, making the Cayenne Turbo yet another magical performance car that you can expect only Porsche to build! 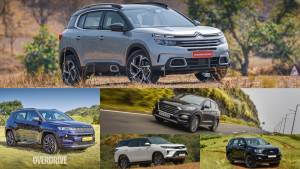 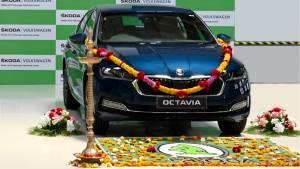