Middleweight nakeds are right for a lot of reasons, like their compactness, lightness, agility and performance. Of course, they're a lot of fun too with power outputs just north of 100PS, and the good news is that the segment is growing rapidly. And when Shumi came back after riding the Suzuki GSX-S750 at the Buddh International Circuit, he couldn't stop talking about how impressive is  the buttery-smoothness, rider-friendly power delivery, comfort and handling too. But his experience was limited to riding the bike on track. How does it fare on the road? 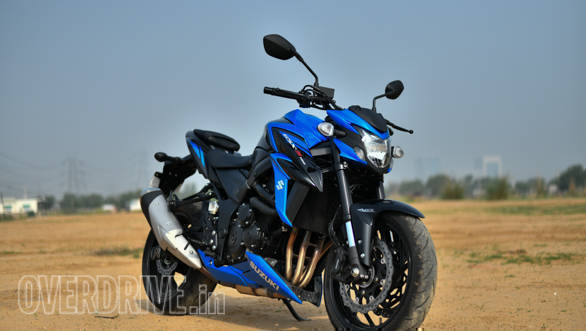 The Suzuki GSX-S750 looks a lot like its elder sibling, the GSX-S1000 and is sharp and very attractive looking, though understated when compared to its European competitors

My thoughts about the styling first. The GSX-S750 wears Suzuki's trademark understated look and unsurprisingly it looks a lot like the Suzuki GSX-S1000, albeit more compact, which makes for a friendlier feel. This means riders graduating from smaller motorcycles won't be intimidated by the size. On the whole, the aggression is restrained and there's a stubbiness to the overall appearance too, especially from the front three quarter. 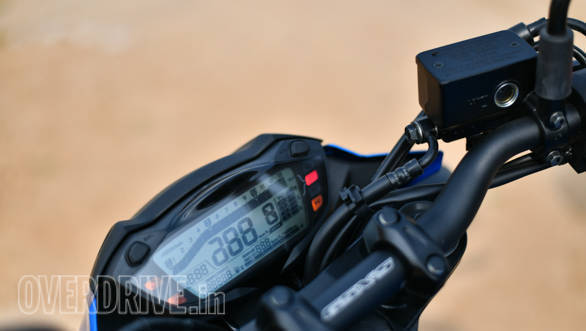 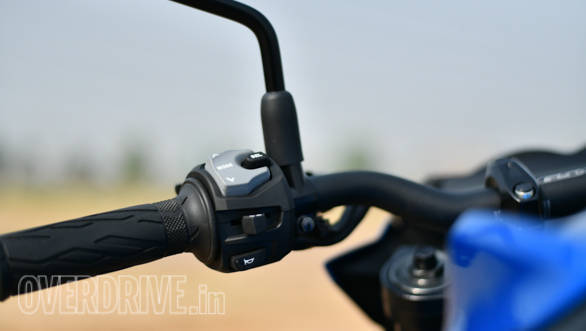 The Suzuki GSX-S750 only gets three traction control levels in the name of rider aids, which is sure to appeal to those wanting a more 'raw' experience without too much intrusion from the electronics

Let's talk about the motor now. A little dab on the starter switch and the inline four fires up, idling with a mild hum that echoes the restrained aggression of the design. Blip the throttle and it sounds smooth, though it doesn't exactly wail unless you open the throttle to its stop. Sourced from the 2005 GSX-R750, the four pot motor offers 114PS and 81Nm, produced at 10,500rpm and 9,000rpm respectively. That's still peaky though and when riding in the city at slow speeds, there were times when I had to wait for the power to 'kick-in'. But once it did, the GSX-S750 felt relentless.

Give it the stick and the GSX-S750 is quick to accelerate and clocked a 0-100kmph time of 4.31 seconds in our VBOX test, which is impressive. Shorter gearing should help in improving the bottom end and midrange grunt though. Shumi thinks that three extra teeth on the rear sprocket will make the GSX-S750 a proper hooligan that just wants to rear its head all the time. And that would be the perfect my kind of bike! 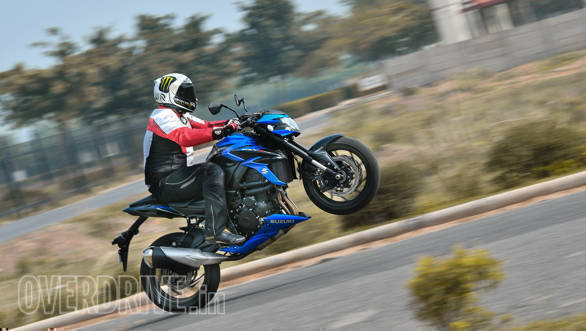 With 114PS on tap and linear power delivery, the Suzuki GSX-S750 lets you pull wheelies without scaring yourself

Keep the motor boiling above 7,000rpm and the 750 is quick to get to speeds - there's also a likeable violence as you close in on the redline in each gear and the rev limiter isn't annoyingly abrupt either. The bike loves accelerating relentlessly till you run out of space and are forced to chop the throttle. The 160kmph mark is dispatched in a blur and 200kmph is easily accessible as well. The engine performance, refinement and the exhaust note coupled to the slick shifting six-speed gearbox thus make for a heady mix. The exhaust note aside, the GSX-S750 also has a likeable intake howl that plays on as you build revs. 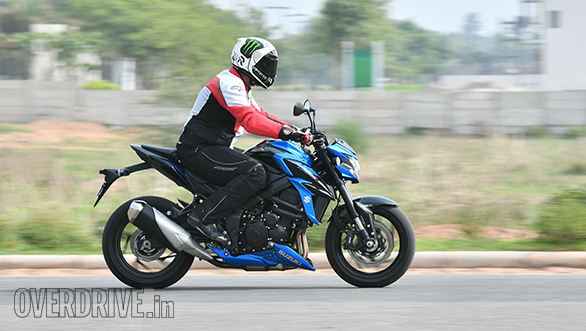 This gem of an engine sits nestled in a twin spar frame while the short, 1,455mm wheelbase helps make the GSX-S750 an excellent handler. The bike is quick to change direction, whether zipping through traffic or tipping into fast corners. I also enjoyed flicking the 750 from side to side, though that's perhaps the only place where the bike gave a feel of its heft (at 215kg, kerb weight is certainly on the higher side). But the Bridgestone rubber and preload adjustable suspension at both ends (41mm KYB USDs upfront and link-type monoshock at the rear) make light of transitioning from side to side. 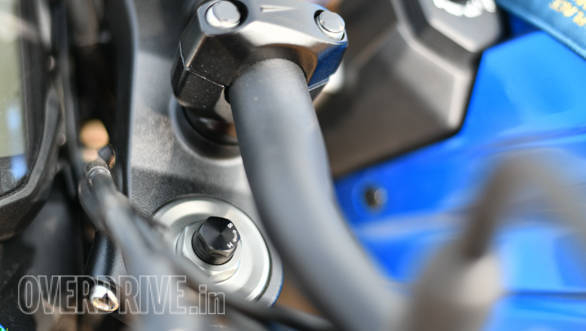 I also like the fact that Suzuki has not overloaded the bike with electronics. The GSX-S750 only gets three levels of traction control (you can also turn it off when in the mood for those massive wheelies!) and ABS that cannot be turned off. The twin 310mm rotors upfront offer ample braking prowess, though ABS can be slightly intrusive. All the information is accessed via the same, all-digital instrument cluster as the GSX-S1000 and I also like how legible the display is at all times. 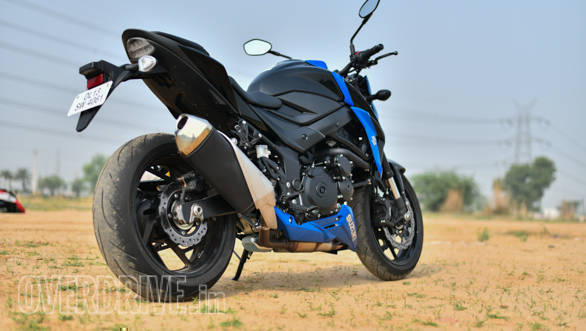 The 2018 Suzuki GSX-S750 is a fine example of Japanese engineering and is well-packaged too, apart from being priced well

To sum it up, the Suzuki GSX-S750 is very impressive as a middleweight naked. The styling may not suit every palate but the engine impresses, be it in terms of refinement or performance, while the build quality is top notch. The GSX-S750 is Suzuki's second CKD model, but more importantly, the CKD kits come in from Japan and not Thailand like several other nakeds on sale in India currently. What truly makes the 750 a fantastic buy though, is its price tag of Rs 8.5 lakh on road, which is among the lowest in the segment and very, very enticing. Reason enough to put the money down I guess? 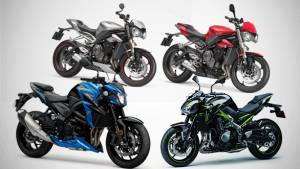