The Bajaj Pulsar 150 DTSi is a quiet assassin. While its newer cousins have been all over the social media, advertising and the news, it is the old Bajaj Pulsar 150 that does the business. Literally. But now, finally, Bajaj Auto Limited is rolling out updates to its milestone in the premium commuter market. It begins with the BS-IV compliance being needed, but the story is a quite a bit longer than that. 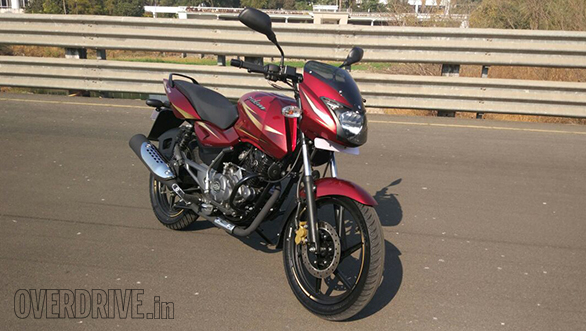 What has not changed

Bajaj has not changed any of the chassis elements or cycle parts. Not that the Pulsar 150 is perfect but that it has an established feel and dynamic character that the company didn't feel the need to alter. This is conservative but understandable. As a result, the Pulsar 150 feels older than, say, the NS200 by virtue of feeling longer and a lot less responsive to steering inputs. This is more a feel thing than a problem - we are just used to the newer Pulsars feeling a lot more responsive. It does mean that a serious rider will be better off purchasing the additional dynamic capability of a newer machine though. 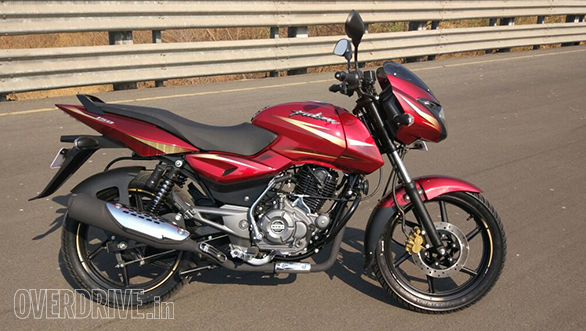 On the other hand, the body panels and design have not changed either. Again, this is because the shape is directly associated with the motorcycle, and it is part of the package and hard to mess with. Bajaj has added the "laser-edged" graphics as they like to call them but the intent is clear - no one should mistake the Bajaj Pulsar 150 for anything else. 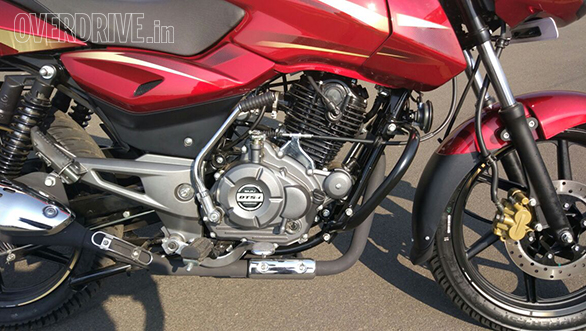 The big change is in the engine department. To start from the bottom, Bajaj is now using an engine bottom end derived off the 180/220 units rather than the older 150. More importantly, the bore-stroke ratio has changed. Bajaj is now using a narrower bore and a longer stroke for the 150 - something that has become a Bajaj trend for all of its recent commuters. This allows more torque - the peak torque is up 1Nm to 13.4Nm at 6,000rpm. But this also trades in some power - 1PS is lost and the new peak power is 14PS at 8,000rpm.

To go with the engine, Bajaj has also updated the clutch for lighter action and less power consumption. Final tuning included changes to both the intake and exhaust configurations. That is a comprehensive update when you count the new CDI and the SAI systems needed to meet BS IV. On the move the Bajaj Pulsar 150 feels a little slower to rev than, say, the NS200, but it is distinctly, definitely smoother and quieter than the thrashy old Pulsar 150. Bajaj has not indicated any difference in performance or economy officially at this time, but we expect to see the changes when we road test the new motorcycle. The new Bajaj Pulsar 150 should be in showrooms now and the price is Rs 74,603, ex-showroom Delhi.