We liked Mahindra's approach to the Gusto which came into the market over a year ago. The scooter wasn't exceptional on many fronts, but it did bring some innovative ideas like the height adjustable seat into the market. It also stuck to Mahindra's feature-heavy specification with the flip key and all that. The continued growth of the scooter market and the relatively glacial speed of product evolution demands more scooters and here now is the new Mahindra Gusto 125. Internally called the G108, the Mahindra Gusto 125 is not on sale just yet, with Mahindra planning the commercial launch in February after the Auto Expo 2016 closes. Pricing? Competitive, they say. 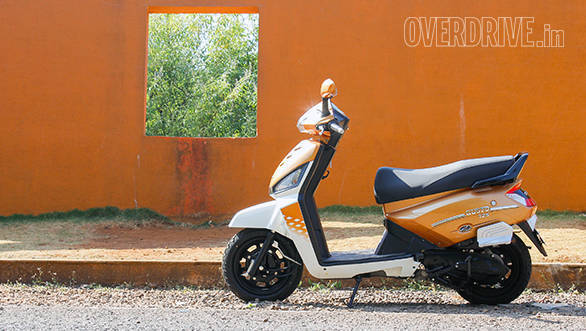 Mahindra have worked on the chassis of the Gusto for the 125 and as a result the bigger scooter is 4-5kg lighter than the Gusto. That apart, the spec is good. You get 12-inch MRF tubeless tyres on steel rims with 130mm drum brakes - Mahindra say the disc brake version is coming. It is said to follow the Mahindra Mojo ABS into the market so we wouldn't hold our breaths. Up front are telescopic forks as well. 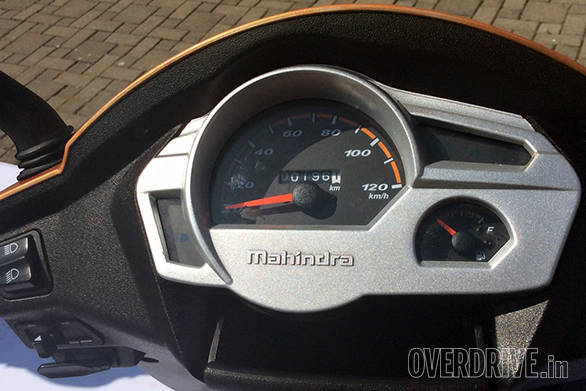 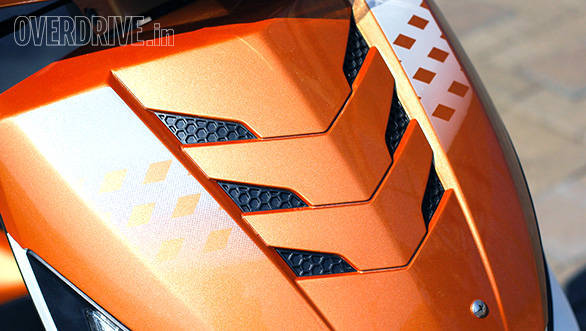 The bodywork that wraps around this though is quite something. We got the flashiest of four colour schemes to test and it doesn't look appealing to my eyes at all. The odd bronzy-orange blending into white is in itself too loud a colour scheme but when you add the surfeit of chrome, inlay matte black styling details (that do no actual job). . . it is too much. The Gusto shows some evolution of the bodywork but overall it looks awkward and finish levels could stand a fair amount of fine tuning and improvement. Mahindra also offer a cherry maroon and black colour scheme that is more understated but in these colours, the Gusto 125 didn't seem distinctive enough. 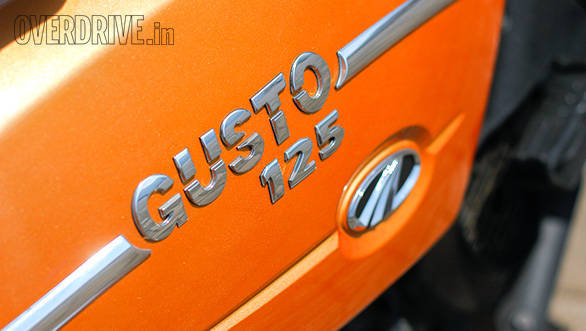 The biggest job in the Gusto 125 for Mahindra Two-Wheelers R&D was in the engine. From the start, they wanted to take the Gusto (110cc) M-Tech engine and use that as base. So the displacement was achieved by simply enlarging the bore. Mahindra say they already use an oversize clutch so making the engine bigger didn't necessarily mean a lot of rework or a lot of new parts. However, the quest for greater refinement did. Mahindra use a raft of parts including low friction piston rings, an offset crank and now a load sensing multi-map ignition curve to ensure that the motor is as silent as possible, as smooth as possible and with friction kept to a minimum, efficiency is within the 110cc scooter ballpark. 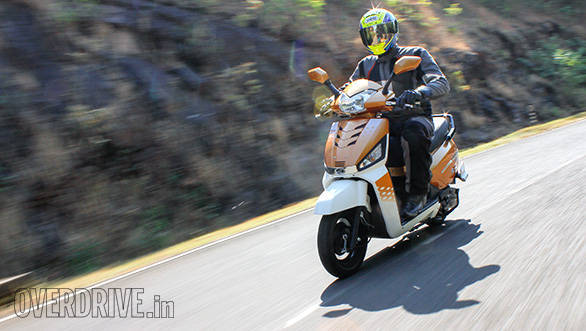 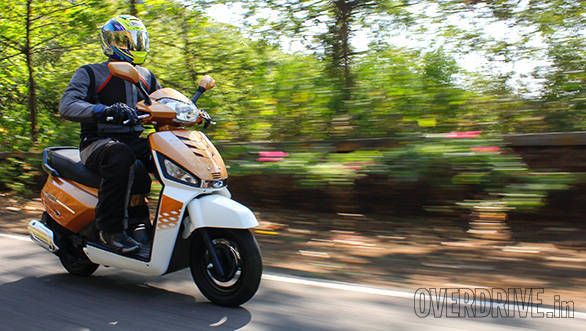 On the move, this works. The Gusto 125 has the smoothest scooter engine I've taken out for a spin in years. Mahindra have added bar-end damper (in chrome!) and they contribute to that eerily vibe-free feel at the handlebar. We were on a mountain road so actual straight line performance is hard to classify against other scooters. That said, the Gusto 125 engine seems reasonably powerful - it does make 8.8PS after all - we ran to an indicated 80kmph with no vibration. Past that a strong vibration emerges from the transmission. 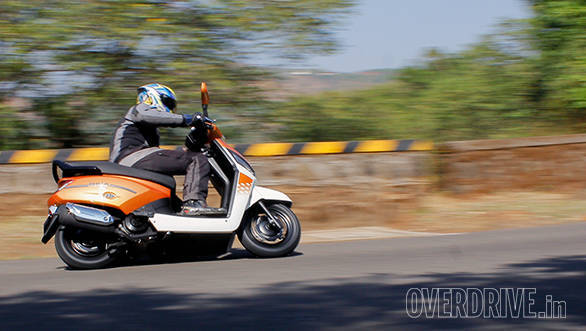 The Mahindra Gusto 125 feels slightly stiffer in ride quality terms than the Gusto 110. The lighter weight is the most likely culprit. This isn't uncomfortable but you'll notice the difference. In corners, the tyres offer a lot of confidence and the centre stand scrapes away merrily with little effort. However, while handling is good, I suspect that the Gusto 125's balance needs a smidgen of work. Brakes felt adequate. 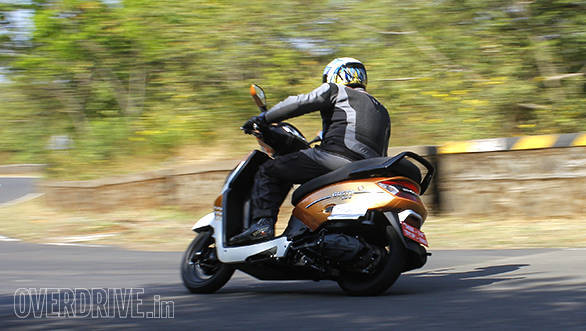 Mahindra have given the Gusto 125 all of the usual features, including the height adjustable seat, flip key with its set of features and more. The combination of these, 125cc class performance and 110cc class economy seem to be the reasons to look forward to the Mahindra Gusto 125. Prices should be out mid-February - watch out for the announcement on OVERDRIVE.

More from OVERDRIVE on the new Mahindra Gusto 125

Mahindra Gusto 125 unveiled, to be launched in February 2016 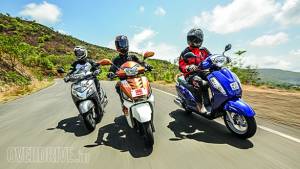 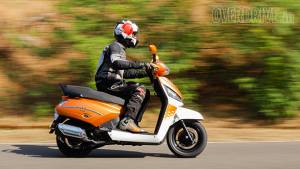