Toyota hasn't had as successful a run in the C segment as it would have liked. The Etios was built with India in mind and while Toyota was successful in keeping prices low, the perceived lack of quality in the cabin and drab design didn't do the car any favours. While it was initially intended to compete against cars like the Honda City it drifted a segment lower where it fights for sales with vehicles like the Maruti Suzuki Dzire and Ford Classic and has also become more of a fleet owner favourite. Those who bought it are happy with the way the car runs and the low costs of maintenance. But there is still a gaping hole in Toyota's C segment line-up. The segment is currently one of the hottest parts of the market. The company obviously recognises that which is why we've been seeing mules of the Vios sedan being tested around the Toyota plant. Rather than wait for the car to arrive we took a trip to Malaysia where the car is already a best seller. Can it get Toyota the success it hoped to achieve with the Etios? 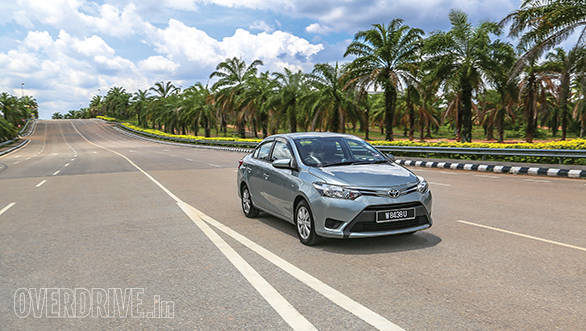 The Vios brings forward Toyota's new design philosophy as seen with the new Corolla - pleasing dimensions, sharper lines, wraparound headlights and taillights, lots of chrome etc. While it is a huge improvement over the previous generation, and in my opinion, much better looking than the Etios sedan, it still fails to stir the same fondness as the new Honda City or the Verna does. This third generation Vios, code named XP 150, is almost identical to the Honda City in terms of dimensions apart from the ground clearance which stands at 147mm, 18mm less than the City. Boot space too is almost identical to the City at a shade over 500 litres. The middle and top end variants get a few additions over the base variant that you see here - projector headlamps, chrome garnishes, fog lamps, scuff plates etc. Toyota might also decide to add DRLs for India. Apart from the standard exteriors, Toyota also has a TRD Sportivo kit for the Vios. And if the Etios Liva got a TRD Sportivo variant, you can expect it to be introduced at a later stage for the Vios in India too. Going by the Etios, there could be three variants - a base, middle and a feature loaded top-end variant. The entry-level sedans have also succeeded in pushing manufacturers to upgrade the interiors of C segment cars in India, and the Vios too will have to be given an interior makeover if it hopes to take on the likes of the City and the Verna. Of course, the one we drove was the basic variant, but you can expect Toyota to add a bit of beige and chrome, some leather for the upholstery and an improved infotainment system. The top-end variant in Malaysia gets steering mounted controls, climate control and keyless ignition. Unlike earlier models of the Vios and the Indian Etios - the instrument cluster is back where it belongs - behind the steering wheel. At the back, the Vios misses out on rear AC vents, where you'll find a singular cup or bottle holder. And since the dimensions are the same as the Honda City, the interior space management is also quite comparable. 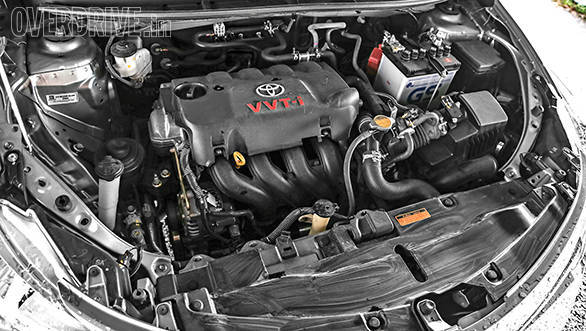 Toyota may bring the 1.5-litre VVT-i petrol engine along with Etios' 1.4-litre diesel

Powering the Vios is a 1.5-litre VVT-i petrol engine which is different from the 1.5-litre petrol engine doing duty on the Etios sedan in India. Now you'd imagine it would make commercial sense for Toyota to continue with the Etios' existing petrol engine even with the Vios. But let's put aside commercial viability for a moment. Consider this - the Etios' 1.5-litre engine makes a diminutive 90PS of power and the Etios is about 100kg lighter than the Vios. Then there's Honda's i-VTEC engine in the City that makes an impressive 119PS of max power. So my money is definitely on Vios' 109PS VVT-i petrol engine making it to India for the car to have a better chance of competing against the City. Of course, alongside it you can expect the frugal 1.4-litre VGT diesel engine from the Corolla in the Vios as well. In Malaysia, the Vios also gets an optional 4-speed automatic ECT transmission along with a 5-speed manual, but for India, at least at the time of launch, you can expect the Vios to debut with the manual gearbox. But the 4-speed ECT can be expected at a later stage. The automatic we drove does feel much more tactile than the CVT we get in India with the Honda City, and that should work to Toyota's advantage. 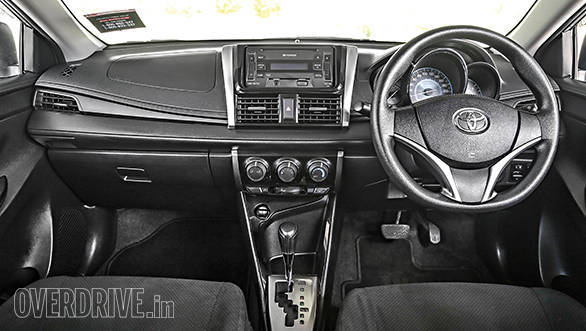 The current generation of the Vios has been upgraded with the Asian markets in mind so I don't expect the underpinnings to change a lot for India. There may be alterations to the suspension travel and the spring rate in a bid to increase the ground clearance and further soften the suspension. Toyota may also offer higher profile tyres, but apart from that, it shouldn't be anything that would significantly alter the driving dynamics. The roads in Malaysia are far superior to those we have back in our country so it's difficult for me to tell how comfortable the ride quality would be on our roads. But from the worst that I managed to put the suspension through, it seemed very plush and pliant. And considering this is a segment that has a high percentage of chauffeur driven cars, this should work to the Toyota's advantage. 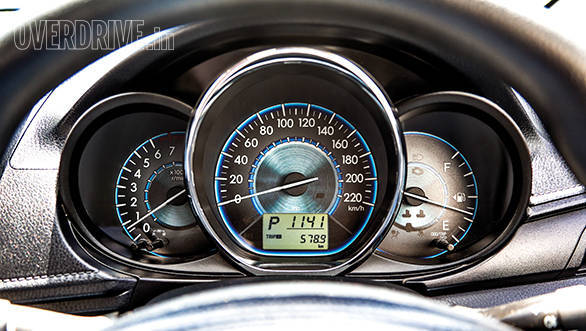 Three-dial instrument cluster features a tacho, a speedo and a fuel gauge

Now in terms of handling, obviously the Vios is not going to behave with the responsiveness of a sportscar. But there are two important things that I looked out for and both suitably impressed me on my drive. First, the steering weight and feel are adequate and does a decent job of telling you what's happening with the front wheels. Second, stability is also good and the car feels quite planted at highway speeds. 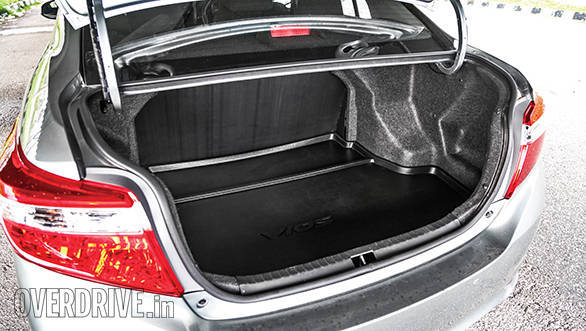 If safety is one of your primary concerns, and it should be, Toyota claims, that the ACE body structure that the Vios is composed of, is one of the safest in this segment. In Malaysia even the base variant comes with two airbags, ABS and ESP as standard. If that's true for India too, it will be a strong statement by Toyota. Mind you, the Honda City in Malaysia gets six airbags and only two in India. Braking in the Vios also feels significantly better than the Honda City, thanks to the four standard disc brakes - an advantage over the Honda City's rear drums. 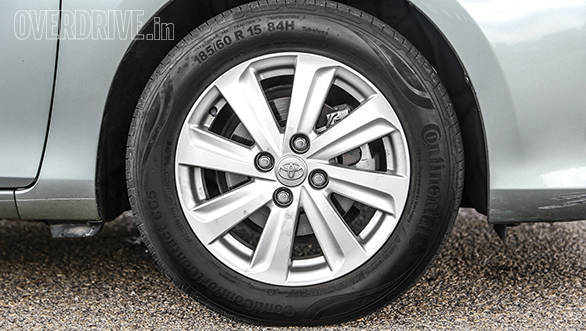 'Vios' is a Latin term which means 'to move forward', and the Vios is what Toyota needs, to do exactly that. Considering it's going to find itself in the midst of some very healthy competition, it's the packaging that is going to be key for Toyota. It might not be the best looking car, or the most fun to drive in the segment, but with Toyota's brand reach and after-sales perception, the Vios has the stage set for itself if it is priced well. In Malaysia, the base variant of the Vios costs RM75,000, which is about Rs 13 lakh. In India, with local manufacturing, you can expect the Vios to be priced very competitively. It is the least you can expect from Toyota since it's evidently late in entering this segment. So it would be a safe bet to expect prices to be around the Rs 8-10 lakh mark. The only question that remains is, how long are you going to have to wait for it?