Usually you see Hero updating their motorcycles with a few sticker and paint jobs and and sometimes even call them 'all new'. The motorcycle you see here though begs to differ. Like the Karizma twins, this one has been reworked and  bears quite  few visual differences to the motorcycle it is based on. So let's see what has changed in the new Hero.

While the overall silhouette is similar look closely and you'll see quite a few differences to the Xtreme that was updated only last year. Infact, the headlamp is a mix of the Achiever as well as the Hunk to some extent and gets LED pilot lamps. The indicator stalks are the same ones from the new Karizma and at the rear, instead of the integrated ones from the first-gen Xtreme, these are mounted on the side. Interestingly, a lot of these components are not fresh designs but have simply been lifted off the second-gen CBZ Xtreme, the motorcycle that preceded the current Hero Xtreme. These parts include the tank, split seats, grab rails and the engine cowl. The tyres however are the same size as the current Xtreme. So to the style conscious buyer, the Xtreme Sports might actually look more dated than the current Xtreme even though its a newer machine!

The new Xtreme was feature rich. Does the Sports toe the same line? 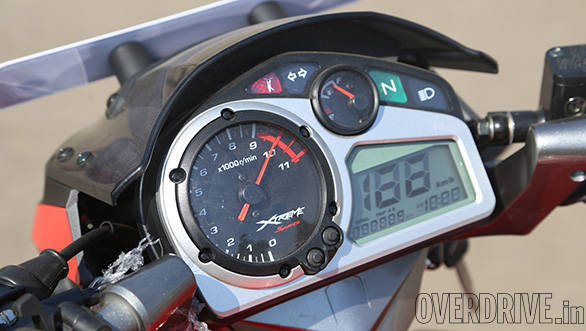 Unfortunately not. The Hero Xtreme Sports again for some strange reason gets the same dials off the second-gen CBZ Xtreme and not the latest Hero Xtreme. The dials feature an analogue tachometer, fuel gauge and a digital speedo. It also gets two tripmeters, a clock, an odo and standard tell tale lights including the side stand indicator. What's missing is the service due indicator, an illuminated key ring and a computer coded key. Another feature from the new Xtreme that we missed is the underseat mobile charging port. Like a cruiser motorcycle, the key fob is located on the right hand side of the fairing, exactly where the telescopic front suspension mounts. There's still no engine kill switch either.

Is there an upgrade to the power or is it the same old Honda engine? 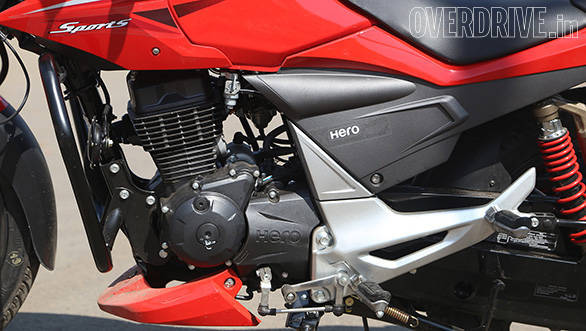 Oh yes! The meaty part of this update is that the Hero Xtreme Sports makes 15.4PS and 13.5Nm (against 14.4PS and 12.8Nm) from its 149.2cc Honda heart. A five-speed transmission transmits power to the rear wheel. Hero has achieved this bump in the power and torque by increasing the compression ratio to 10:1 from the earlier 9.1:1. Expect the fuel efficiency to also have increased marginally in the process though Hero is not commenting anything on the same.

Enough. Now how is it to ride?

The Xtreme Sports feels sprightly right from the word go. The engine doesn't seem as urgent as say a Gixxer and still feels very much a Honda unit. The gearshift though could have been better and felt quite rubbery. Hero fortunately have sorted the excessive vibrations issue which is prevalent with the ZMR and also the new Xtreme. Even at 100kmph, the engine was refined and the motorcycle felt stable. However, due to the aforementioned gearshift issue, the motorcycle didn't like being ridden aggressively. Braking though feels at par with its rivals, the optional rear disc adding to the confidence. 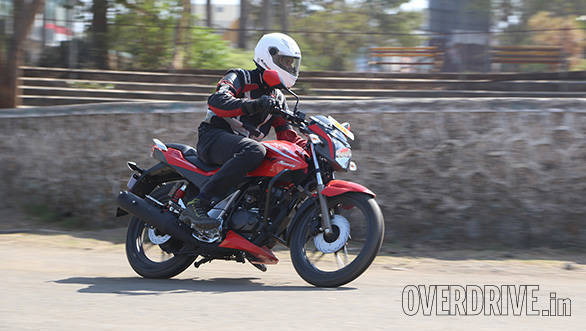 Xtreme Sports have begun arriving at Hero dealerships in a phased manner. While the single disc version is available for Rs 78,697, the double disc version retails for approximately Rs 4,000 more. Both prices are on-road Bhiwandi, which is just outside Mumbai octroi limits. That makes it roughly rupees 1200 more than the regular Xtreme. If performance is what you're looking for then the Xtreme Sports is worth the extra money but if you're only after features then you may want to stick with the standard Xtreme. Should you buy one over the current? We'll have the answer soon 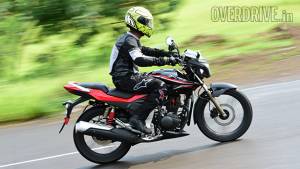 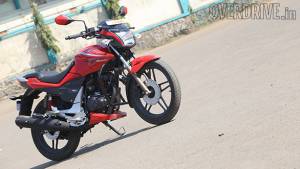