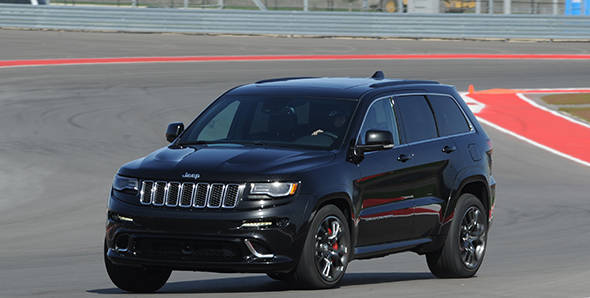 Fiat's grand comeback plans involves introducing India to the Abarth range and the Jeep brand through it's association with Chrysler. Both brands will be launched by the end of the year followed by a slew of products directly from the Fiat stables next year. I drove the Grande Punto Abarth thanks to a stroke of luck in Italy and it was a brilliant hatch. The Jeep brand however was as distant to me as was the country it came from, the USA. So then my first trip to the United States of America was also punctuated by my first sample of two Jeep products that are coming to India, the Grand Cherokee and the Wrangler.

Now the brand name 'Jeep' isn't alien to India, though its certainly mistaken for something that Mahindra makes. To put things right, the word Jeep came into force in India after a joint venture between Jeep and Mahindra back in the 1940s. The JV came to an end but Mahindra continued using the Jeep tag to sell some of its models and its gone on to become part of our subculture. So the MM 540DP or the MM550 DP were all known as jeeps and even today the Bolero and Commander are known as jeeps.

The Grand Cherokee looks imposing, tough, brutal even. The traditional six tooth grille continues to dominate the front face but is now flanked on either side by slimmer headlamps and a new bumper right below. It looks like something that came out of the war with Afghanistan or Iraq, a special forces vehicle but now cleaned, shined and decorated. It's imposing stance, strong lines and muscular haunches will find several takers. If the wife at home is the deciding factor, she is going to love the masculinity that oozes out of every inch. The Grand Cherokee isn't beautiful, it's handsome!

The cabin is luxurious and well specced. The space is generous, there is enough legroom for both front and rear passengers even if you are a corn and beef fed American weighing over 120kilos and standing over 6'5" tall. The boot is large and expansive and the rear seats can be folded down 60:40 or fully flat. The view out of the windscreen is fairly wide but the A-pillar can be obstructive. The dashboard looks busy and crowded in terms of ergonomics and functionality. Part of the crowding comes from the large audio visual touch screen with its multiple iconography. It makes the centre stack look busier than it actually is. The steering wheel is beefy and fit snugly into my palms. It's also fully equipped with all the controls for audio, cruise and the multi information display. The instrument console right behind the steering wheel is a mix of digital and analogue meters that are fairly large and easy to read. The centre screen is a LCD flat panel where the speedometer can be displayed in either digital or analogue mode. It also shows multiple information as well as navigation assistance. What I liked most of all is the suspension articulation that is displayed in the LCD when you slip the Grand Cherokee off-road.

Just one engine is coming to our shores and its obviously the diesel. However only time and the impending fuel price correction will tell us if this decision was the best one. This diesel is a 3.0-litre V6 that makes 240PS at 3600rpm and 569Nm of torque at 2000rpm. It's refined, torquey and offers good performance. It's surprisingly quiet on the outside but there is a faint note inside the cabin at high rpm and this is thanks to both a compact 60 degree vee cylinder design and a firing order that helps manage rotation very easily. The refinement also comes thanks to high rail pressure of 2000bar. This engine is mated to an 8-speed automatic transmission that further adds to the refinement. However with so many ratios it feels a little sluggish to accelerate after having retarded your speed. Once the transmission drops down five gears from 8th to 3rd, it's a long climb back up to top gear. Nevertheless there are over 40 individual shift maps for the transmission to play with so if you are in a bit of a rush simply step on the throttle harder. All the variants get paddle shifts that are positioned n the steering wheel and not on the column, so they move along with the wheel rather than just staying out in one place. You can also switch between automatic or manual and a sport mode using the shift stick.

The Grand Cherokee has a fully independent air suspension system that offers around five driving conditions. There is the normal height mode, one that increases automatically for off-road conditions, another to increase it even further if required for a bit more extreme off-road condition. Then the suspension can also lower the ride height down to reduce drag when on the highway and it will also lower itself when you slip the SUV into park mode for better ingress and egress. The Grand Cherokee also has an advanced 4x4 drivetrain with the lowest crawl ratio 44.1:1 ever employed on the Grand Cherokee. This along with a myriad off road modes for driving it on sand, slush, snow and rock gives it an amazing range of abilities. The top of the line variant of the Grand Cherokee gets the Quadra-Drive II system which adds a electronic limited slip differential on the rear axle. I climbed up a steep, nearly 60 degree incline of a rock face and the Grand Cherokee went up that peacefully. It's got an automatic hill ascent and descent control function which allows the vehicle to climb or drive down steep slopes with minimum driver intervention. In terms of sheer off-road abilities the Grand Cherokee easily puts the German SUV brigade to shame. Only the Range Rover comes close to the Grand Cherokee, though it only recently caught up to the advancements the Grand Cherokee had since a few years ago. The Grand Cherokee for instance had an automatic function on its off-road selector since the last generation which is roughly around 3-4 years ago whereas the Range Rover only got that this year. Steering is light, the brakes sharp ( with 15-inch disc rotors one of the largest in the business it had better be sharp) and the ride quality superb. In fact the ride quality of the Grand Cherokee is its strongest USP.

The suspension has been stiffened slightly to reduce body roll and give it a bit more stability as compared to the previous generation SUV. This however does nothing to alter the nature of the suspension which delivers one of the best ride qualities of any SUV sold in India. I found the handling to be confident and safe. Contrary to the popular non-existent dynamic abilities on most American cars the Grand Cherokee is composed and articulate. The steering precision is good for a SUV this large and heavy and its confidently planted in corners. So verbally the combination of ride and handling is well mixed to present a good but strong cocktail. On the other the steering can feel a bit heavy at crawl speeds.

Three variants will build up the Grand Cherokee legacy here in India, in ascending order they are called the Limited, Overland and Summit variants. One significant difference between all three variants will be the off-road drivetrain. For instance only the Summit gets the Quadra-Drive II system, the next lower variant gets the Quadra-Trac II which does not offer the ELSD while the basic for Idia Limited variant gets a 2-speed on demand transfer case. The top of the line variant also gets the full audio visual treatment with sat nav, heated steering wheel and even on the safety front it gets the forward collision warning with a collision mitigation system.

...I was thoroughly impressed with the Grand Cherokee, it is a very competent and luxurious SUV that can take you anywhere. FIAT intends positioning it against the Q7 and that sounds ambitious as the Q7 is one of the best selling SUV in the Indian market. Fiat have too many issues, too much of a past history to erase before it can safely take on the likes of the Q7 or the now best selling Mercedes ML class. Though I must say thanks to its off-road package the Jeep Grand Cherokee makes a more interesting option than either the Germans or the lone Brit. 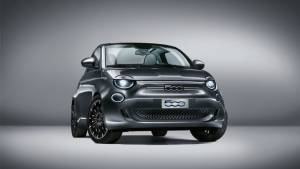