The BMW Z4 isn't new in India, it has been around for almost four years. However the car didn't do as well as BMW would have liked and so we don't see many Z4s on roads today. Now we have the newer Z4. As we had predicted earlier this year, the German manufacturer did launch the updated model here in India before 2013 came to an end. But how different is this Z4 than the one it has replaced and does it have the potential to do better this time? Read on to find out. 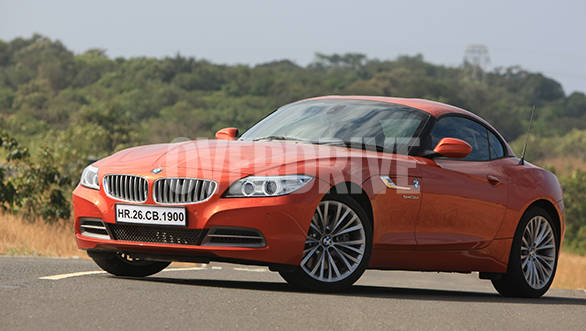 The most obvious change is the new Valencia orange shade that can be ordered only with the Design Pure Traction package. This new variant is a more exclusive model compared to the regular Z4 and offers  a contrasting orange/black interior along with alcantara and leather interior, while the dash is detailed with weaved metal finish and orange stitching. The headlamps are different and so are the side blinkers, which feature a rather flashy chrome surround. Everything else outside stays the same; this is disappointing considering the international model gets an optional M bumper (that gives the car a more aggressive presence) and a contrasting roof too. The alloy wheels are also the same and one cannot opt for the sportier M rims. 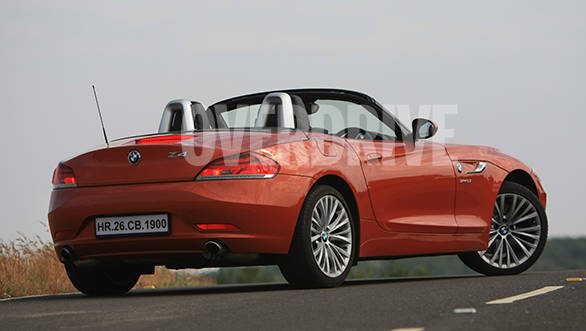 Driving through the streets of Mumbai wasn't easy as everyone from school kids to taxi drivers (and their customers) and even dabbawallas wanted a glimpse of this sleek, orange roadster.  The roof can be opened and closed in 20 seconds but we preferred to drive with the roof closed in town.  Most big cities in India like Mumbai aren't ideal to drive a convertible with the top down. One will eventually end up getting sun burn or sprayed by pan or gutkha from a bus, not to forget bird droppings.  We had to drive through one of the bumpiest and most undulated urban roads in urban India today and the stiff ride only increased driver fatigue. Unlike most BMWs that are getting softer, the Z4 is still as stiff as before. The India spec variant doesn't even get adaptive suspension and as a result is rock hard even in comfort mode (there is no eco pro mode on offer). Since it's a typical roadster, one is almost sitting over the rear wheel and even the smallest bump or rough patch is felt.  The 18-inch wheels with low profile RFT don't help either. The car is quite low but the good thing is that the car rarely scraped over speed breakers, at least during our drive from Mumbai to Lonavala and back. 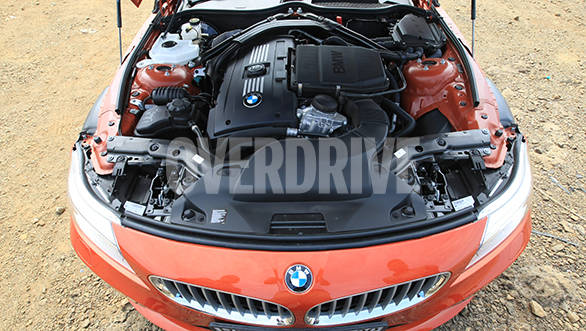 The straight-six turbo motor puts out 306PS and 400Nm

Throttle response is sharp and one needs to be gentle on the pedal, especially when driving in bumper to bumper traffic. The car features the same straight-six, twin-turbo engine and gets no power upgrade. The car we drove in Germany earlier this year was the sDrive35is variant that produces 340PS (close to the previous Z4M's power output) but BMW India doesn't offer this variant and one does have to make do with 306PS and 400Nm of torque. Not that this isn't a quick car, the 0-100kmph sprint comes up in just 5.8 seconds while the quarter-mile is crossed in 14 seconds flat making it the quickest Z4 we've tested in India. The figure though could have been even better if the car featured launch-control. Straight line performance is impressive and the lovely 3.0-litre BMW motor is refined and offers sufficient power.  The top speed is a claimed 250kmph. Unlike most BMWs that feature an 8-speed torque convertor, the Z4 comes equipped with a 7-speed dual-clutch unit, shifts are smooth and there is almost no delay. The car can even cruise effortlessly making it a capable tourer if the roads are in good shape. In terms of efficiency, the Z4 returned 12.4kmpl on the highway and 6.1kmpl in the city, the overall figure being an impressive 8kmpl. 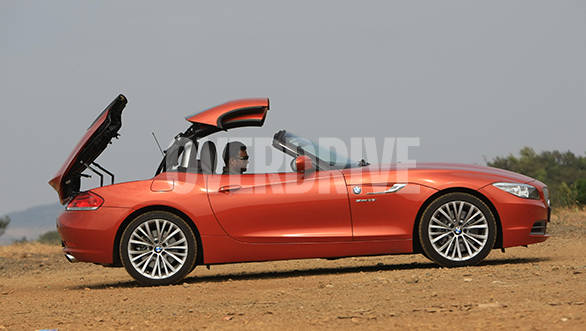 But a convertible is best enjoyed only with its top down, we entered Lonavala and finally decided to use that little roof open switch in the centre console. The weather was perfect with a clear sky. The ghat sections were tempting and that's when the fun began. BMW engineers have ensured the body is distributed 50:50 between the front and rear axles and it definitely shows. Attacking corners are easy since the car points exactly where you want it to go. The steering is light at slower speeds and nicely weighs up and offers good feedback despite being an electromechanical unit. In Comfort mode, there is a sense of steering vagueness at times but in Sport and Sport+ modes, it's a different story altogether. Since it is a RWD like most BMWs, we turned off traction control and entered power slide mode. We ended up going sideways, especially around hairpins but the car never felt out of control. It isn't the best handling convertible out there especially when compared to the Porsche Boxster but it feels great to drive through twisties and bends. This along with the music from the twin exhausts only accentuates that moment. The exhaust screams past 5000rpm and there is this bassy rumble during throttle lift off and with the top down, one appreciates this car so much more. 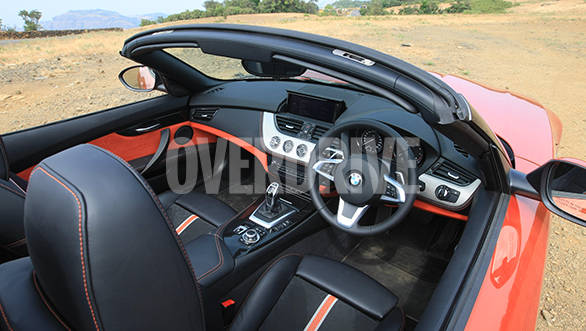 The Z4 doesn't offer a lot more than before but continues to impress. It isn't surprising that the car is still priced the same. The Z4 sDrive35i can be yours for Rs 68.9 lakh while the new Design Pure Traction edition which you see here costs a lakh more. All prices are ex-showroom, pan-India. The Z4 offers quite a bit of standard features (although, we would have liked to see more from current BMW models) and is one of the most affordable hardtop convertibles available today.  The less powerful Mercedes-Benz SLK and Porsche Boxster are much more expensive and there aren't many cars out there at this price point that get so much attention, some people including a few enthusiasts even thought the car costs a crore! So there you have it, if you're looking for a fun, affordable yet sexy convertible and most importantly if you are a BMW fan, the Z4 is still quite a good choice. 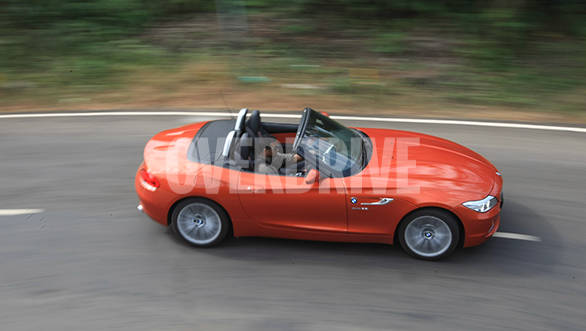 With the top down, the Z4 becomes even more involving to drive especially around corners