A few days back, we compared the BMW 1 Series in diesel guise with Mercedes's practical, spacious and well-packaged B-Class. The latter won courtesy the aforementioned attributes. But, the 1 Series clearly emerged as the younger man's car, and one to buy if driving pleasure is what you seek.

However, Mercedes has an even younger car in its Indian line-up now. And it looks like a million bucks. It is young, dynamic and aspirational, and in fact, more fun to drive than the B-Class. So, if you are young, enthusiastic and, of course, well-off, which German should you sign up for? 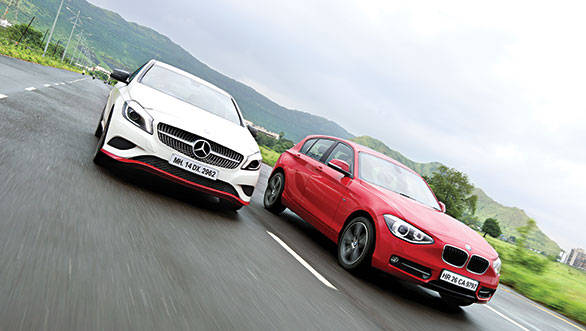 Like we said, the A-Class looks like a million bucks, and standing next to the BMW, it completely pales the 1 Series. Now, the Mercedes test car came with some optional extras ? larger, sexier looking wheels, the diamond studded grille and red adornment for the front and rear bumper. But even without these add-ons, the A has more street presence. The BMW with its extra large eyes and design lines that look dated in the A's company, looks a generation old. It also looks a tad boring, if you ask me. 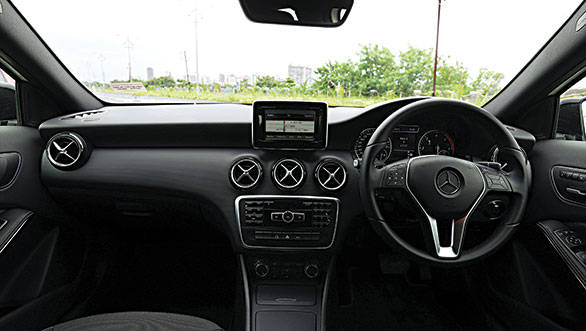 We like the A's interiors better but yes, it can do with more features

The A is also better finished and more visually appealing on the inside. It gets an all black interior, but the matte metal finish for the air con vents, the clocks, the COMAND system dial and the door handles, as well as the steering, makes the interior look racy and plush at the same time. The white stitching on the door trim, the front armrest and the seats make the cabin even more alluring. There's rich looking soft grain plastic all over the dashboard too. 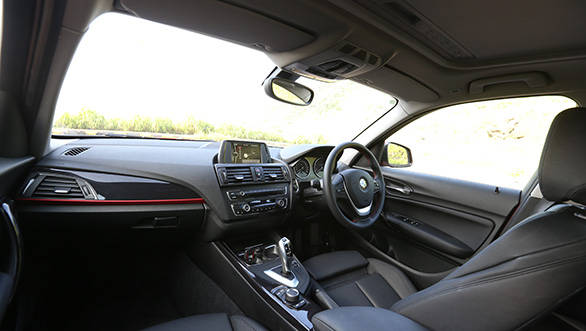 The B's interiors are not modern looking but are feature loaded

The BMW scores equally high when it comes to fit and finish and the quality of plastic all round. But its interior just doesn't have the same design flair as the A-Class. To us then, the A-Class wins hands down on visual appeal, both inside and out. It is without doubt the one with the higher pose value.

BMW, though, prides itself for producing ultimate driving machines. And the 1 Series lives up to it, especially in the A-Class's company. The A is an accomplished handler  it is beautifully balanced, turns into corners with enthusiasm and grip, and it can handle quick direction changes without feeling soft or ungainly.

But, drive the 1 Series soon after, and it just connects with the driver better. It lets you in on the happenings sooner and in more detail. It feels more controllable on the limit. And when you really want to cane it, it just has better prerequisites ­­­ a gutsier engine, a keener gearbox and better connect via the steering. 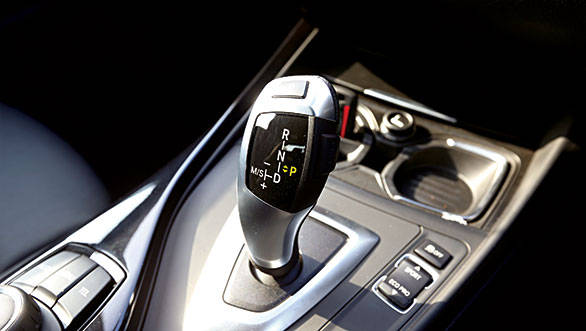 The 8-speed auto makes the 1's engine an enthusiast's delight

Yes, the engine and the gearbox really set the 1 Series apart. The 1995cc diesel engine displaces fewer ccs compared to the Mercedes, but it makes appreciably more power and torque. It sounds better and more refined too. On the road, the higher output translates into a 0-100kmph time that is two seconds quicker than what the A-Class can muster. The BMW also has a higher top speed. 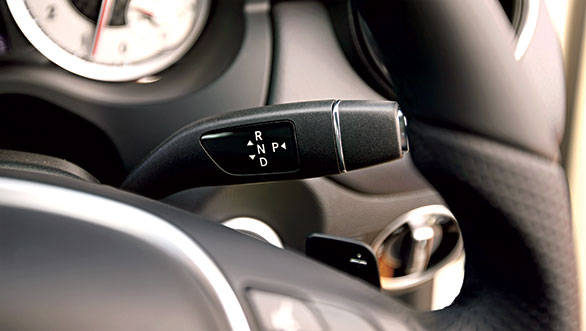 The 7-speed DCT auto in the Merc isn't quick responding

It is a quicker in kickdown too, making is less tiresome to drive quickly on the highways, particularly on two-laned highways where quick overtakes are not only frustration busters, but also safer. The BMW gets an 8-speed torque convertor automatic, while the A-Class uses a 7-speed dual clutch automatic. Both come with manual override functions, but only the Mercedes gets steering mounted paddle shifters. But even so, the BMW's box is more alert to both manual as well as the throttle inputs, which makes it more involving to drive. 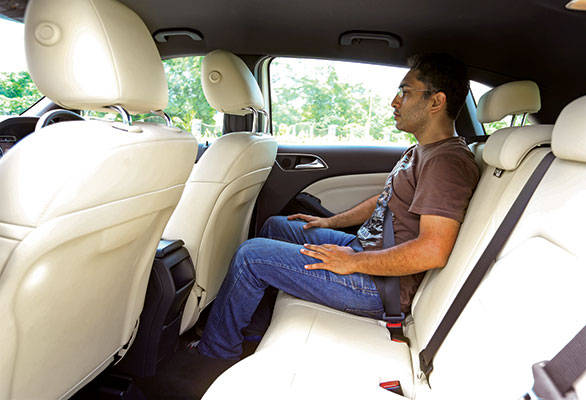 On the more mundane but passenger-centric front, the BMW offers a bit more passenger room all round

On the more mundane but passenger-centric front, the BMW offers a bit more passenger room all round. It has more comfortable seats too, especially at the rear. And because of its larger glass area and flatter sides, it feels airier too. The A-Class with its racy styling and large front seats and tiny rear windows is almost claustrophobic to be in, at the rear. But again, be it room or comfort, the 1 Series isn't hugely better. 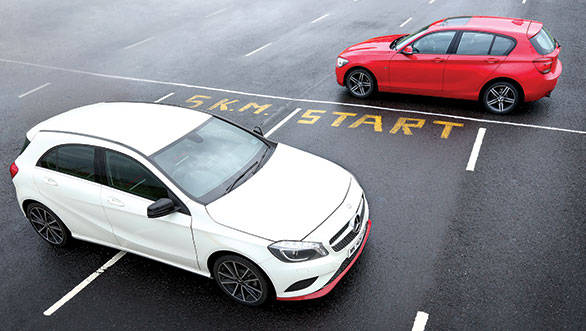 The RWD 1 Series is back, joined by the young A-Class

It is a significantly better riding car, though. Compared to the A, which is stiff and noisy, the 1 handles the bumps and potholes and the broken road with more aplomb. It is quiet, better damped, and less rattly. It might sound odd, but if we had to pick the more comfortable car between the two, the BMW would score over the Mercedes.

Now, the decider. The cars you see here are the A 180 CDI Style and the 118d Sport Plus. Both are top of the line diesel variants of the A and the 1, but in terms of pricing, these are over ` 10 lakh apart, with the BMW costing more. Now, while you can't order the A diesel in any other trim, the 1 Series has two additional cheaper trims to choose from.

The basic  the 118d  costs almost the same as the A-Class but it doesn't get electric driver's seat, or the iDrive to go against Mercedes' COMAND system, or even Bluetooth telephony, headlamp washers or cruise control. The mid variant  the 118d Sport  compares best with the A 180 CDI Style in terms of comfort features, but it costs Rs 4 lakh more.

So where does this leave us? A little confused, I think. But, let's approach this logically. As a product, the 1 Series does better. It's got better performance, better economy, more space and a better ride. But, is it really worth the premium that BMW demands over the A-Class? Unless you are like me and simply won't look beyond the rear-wheel-drive format, no. The A-Class is the better proposition once cost and economy is factored into the equation. 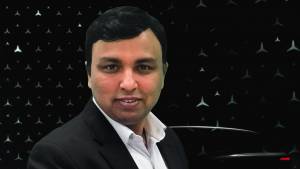