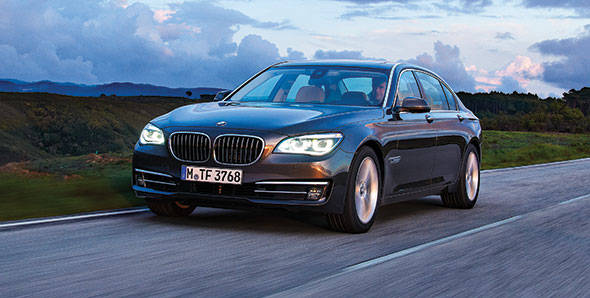 BMW will launch the new 7 Series shortly, but before it comes here we got to sample it in Europe. Strangely enough the last time we did this, we came away pretty impressed with the new 3 Series when driven in Europe. But once the car made its way here, it no longer felt as illustrious as it did before. The superb ride quality wasn't very impressive anymore and the engine noise was not what you would call luxurious. But the 3 Series is at the lower end of BMW's food chain, it may feed many but it isn't the hallowed flagship model the 7 Series is.

Now the 7 Series went through a significant modernisation program just around three years ago, and a product like it has a very long life cycle, nearly ten years. In between though minor facelifts and upgrades occur to keep the product up to date and the present set of changes make the 7 Series just that. So no comprehensive changes mark the new 7 Series, at least nothing that would blow your mind. The changes however do make the 7 Series comply with various legislations from around the globe, predominantly the ones in Europe. So the engines have been reworked on to make them more efficient, carry along a smaller carbon footprint, offer better refinement and enhance performance.

What will make a big impact for us is the diesel, the 740d specifically will be the biggest attraction. It's an effortless worker and I expect it to be phenomenally efficient despite carrying the weight of the 7 Series. This engine has 313 horses with a staggering 630Nm of torque giving it a 0-100 time of 5.5 seconds. The engine I hoped that would make it to our markets however is that on the 750d. It's a massively torquey unit thanks to a triple turbocharging system. The first turbo charger literally kicks in at idle to completely eliminate turbo lag, the second comes in at around 1700rpm and the third blows in at around 2700rpm. It's the flagship diesel and gives the 7 Series sports car like acceleration, though why you would want something like that in a stately saloon is beyond me. There is a new 8-speed steptronic transmission mated to every model. It's sole responsibility is to improve efficiency and BMW claims that there is an increase of near 20 percent efficiency across the board.

Subtle tweaks to the suspension means ride quality will be just as impressive as before and passengers will experience the same levels of luxury. We still maintain that the run flat tyres every BMW comes with are an issue because they do affect the ride quality adversely and in Indian conditions aren't the smartest choice because they are prone to punctures and there is no spare offered.

BMW provides four wheel drive power power train in the X drive variants but unfortunately we won't have access to that in India either as it too is a market dependent feature which means markets where it snows.

The changes then move directly to the cosmetic department, the kidney grille has grown slightly larger and has fewer vertical slats in it, new LEDs adorn the headlamps units, restyled ORVMs and a redesigned front bumper are the more significant changes. Apart from the headlamps though I doubt anyone but a hardcore BMW enthusiast would spot the changes.

Inside you get resculpted seats but the biggest change is to the iDrive. The menu management has changed, the screen is wider and the navigation system has improved vastly but that again is a feature we probably won't get because its service provider dependent. Other subtle but luxury changes are improved sound proofing and an optional B&O sound system that is definitely worth the steep price you will end up paying for it.

Over all this new 7 Series is a better car than its predecessor but it remains to be seen just how much more you would have to pay for it. Irrespective of price though the really nice stuff is anyways optional and the even better goodies such as the triple turbo engine with four wheel drive just isn't available to us. BMW probably needs to take a closer look at what Audi is up to in the same space to realise that to continue staying ahead of competition means they are going to have to offer more. 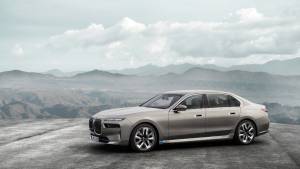 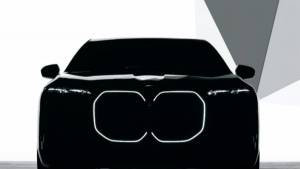 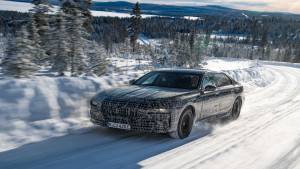 BMW reveal images of the i7 testing in the...
Advertisement