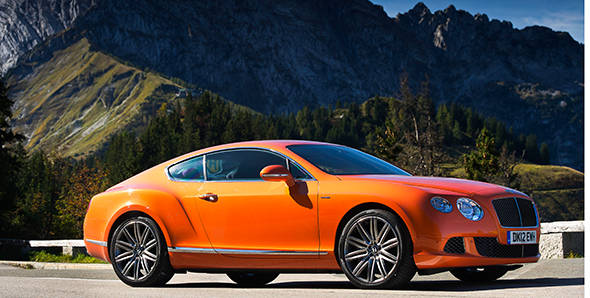 The boon and bane of being ultra rich is the constant question, "So, what can I buy next?" The Bentley Continental GT came out in 2002 and proved to be popular. The 2008 GT Speed was the first answer to that question. And at the basest of levels, that's more or less the raison d'être for the new Continental GT Speed.

But the simplest of business requirements can produce amazing results. To whit, Bentley is Volkswagen's home for their marvellous W12 engine and in the new car, the engine has been fettled for (even) more performance. There are clever things to save fuel, produce less emissions and what not but more to our taste, this car produces 500Nm of torque at idle. And then at 2000rpm, it plateaus at 800Nm. You scud across this plateau till 4000rpm and then there is the 625PS of peak power still waiting to be deployed. Then there is the new ZF 8-speed transmission which is as much as four times quicker than a normal automatic and twice as quick as a dual-clutch. And it can change multiple gears directly if it thinks that is expedient, from seventh to third, for example.

On the road, this makes you hold your breath. The cabin is superbly isolated from the outside world so breathing is just noise. And secondly, because if you floor the throttle, like all Bentleys are supposed to, the twin-turbo 6.2-litre W12 will immediately begin to shove all the air in a three mile radius through the radiator while trying to deliver the horizon into the cabin through the expansive windshield.

Lucky, then, that our driving route is on the autobahn outside Munich and that despite the near-freezing, rainy conditions, large stretches still wear no speed limits. You can waft along with epic smoothness at 170kmph should your heart be set upon it. But 285kmph, just a few seconds away, is a vast improvement. The engine's note changes from its near tomb-like silence to a deep boomy roar. The suspension stiffens up with speed automatically and the gearbox selects instantly, without jolt or delay, precisely the right gear. All this when the sole of your expensive loafer makes contact with the aluminium accelerator pedal.

What is next is that lovely sensation of your back, bum and thighs being pressed gently but firmly into beautifully stitched cowhide. The delicious sensation of a large mass accelerating purposefully forward. The speedo climbing urgently... And then you feel that aluminium skinned, stiffened suspensioned, massively tyred beast finding the grip it needs to go postal. In the most refined, well-mannered way possible. It's like having James Bond for your butler.

Inevitably, some slow car which began as a dot in the fast lane far, far ahead, has taken shape and despite its driver's best efforts, is still going 100-150kmph slower than the GT Speed. Lean gently on the carbon-ceramic disc brakes and the GT Speed's nose dips and it smoothly takes up a mildly impatient station a safe, non-aggressive 10 car lengths behind. About twice as far away as you expect. As soon as the lane clears, near 300kmph speeds arrive in a flash. This kind of performance is massively, massively impressive.

As is the fact that the Bentley manages corners, both 80kmph blind alpine spaghetti and 250kmph autobahn sweepers with great enthusiasm. The sense of weight can be felt but there's no escaping the car's iron four-wheel drive grip on the line you have chosen.

Actually, I did kick the tail out once and traction control restored order in a flash, but it took sub-zero conditions, rain and black ice to break the car's domination over the laws of physics even in that instance. Here then is a car that will hit its 330kmph top speed at 40 degrees C ambient. It will recede into the background when you require it to, and then manage the distance from Mumbai to Bangalore in a little over three and half hours should the roads and rules permit it. And all you need to get your hands on it, is Rs 2.91 crore. If you are well-off, then, I'd say you richly deserve this incredible automobile. 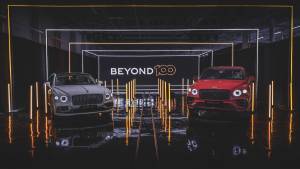