I've neither driven the Mazda MX-5 nor the Porsche Cayman. And everything I read about the two says that my kaleidoscope of driving experience is impoverished by the omissions. They would certainly have come in handy because now I'm one of the fewest journalists on the planet who've spent time with the new Toyota FT86. Yes, I know it's now called the GT86 (and loads and loads of journalists have driven it), but I drove it the day before it was officially launched, and thus, it was still the FT when I drove it.

The number in the name holds great significance for Toyota. The Toyota Corolla GT Coupe AE86 from the 1980s remains an iconic car for the brand. The casual enthusiast might say Celica or Supra, but the cognoscenti and the anoraks know the legend of the AE86 is cooler - it's got more tyre smoke and it's a little bit more underground which makes it cooler. The 86 bit also describes the bore and stroke of the engine, and once again, Toyota traditionally deploy square engines in the vehicles they consider the sportiest. This time though, the engine is a 2.0-litre flat four that comes via the Impreza and makes 197PS. Not a great number but promising, at the very least, in a sub-1200kg car. Subaru has promised a 300PS STI version later. This is mated to a six-speed manual or automatic and we had the latter to play with.

As you will see from the LF-A story, I wasn't totally blown away by the Lexus, quoting the lack of laps as the primary reason for my disillusionment. With the FT86, I would have loved to have another seven hundred odd laps for sure, but three laps of a short track next to the main Fuji Speedway F1 course was enough to burn in a desire to have one in the garage.

It begins with the looks, obviously. The car, which Subaru (BR-Z) and Scion (FR-S) will also be selling under different names, looks svelte, lithe and small enough to straddle desirable and approachable. It is a delicate balance that the Toyota handles without effort and it makes you wonder why other cars from the marque haven't been more personable and exciting. Hell, the FT86 looks more defined than any Toyota in the past decade that you'd care to mention. There is a sharpness of line and poise that's brilliant to see.

The interiors, similarly, offer a wealth of definition, distinction and a clear sporty bent, though I'd have to say that the Audi TT or BMW Z4 would immediately feel a little higher in material quality and sense of occasion. The steering wheel feels chunky and tactile to hold and twirl and the red stitching adds a nice - if expected - sporty touch. A little bit of the Toyota of yore does show up in the black plastic that is the most common element of the interior trim but it is a vast improvment over the humble passenger car by Toyota by any measure. But when you compare, for instance, the detail and sculpting in the door panels to say the centre console you get a bit surprised, the doors are much nicer!

But what a car, ladies and gentlemen. Driving the 86 is super thrilling. It manages to be laugh-a-minute without needing out there power figures. It's cheerful, playful, fun and luridly sideways at low speeds. Whee!

The second corner on our lap was a heavily crested right turn that was sure to provoke the rear end and it did. Lap after lap. The skilled switched off traction control and enjoyed laying dark rubber on the tarmac and the rest of us were happy to be the hooting passengers in a sideways car until the traction control cut in, restored directional control and we could carry on driving, now with a massive grin on our smug mugs.

It's easy to see that the chassis and the engine are held in a wonderful balance that allows a no nonsense fast lap or a all-slides-and-smoke, whichever modes operandi takes your fancy. The chassis is beautifully responsive, the steering is light but accurately weighted, switching to opposite lock is easy and it almost feels like each lurid slide was designed to happen, and that the steering was designed to make hunting down Alexis as easy as catching a swinging tail. Part of the credit goes to the Prius wheels which make teasing the car out easier. Toyota avers further that enjoying the chassis like this would normally require twice the speed and nearly twice the performance. The 86 was designed to make this easier. The driver was expected to be the primary traction control, as it were, the electronics would come in to help later.Having driven the Celica before, the last generation of the car before it was retired, I suspect that the GT is a solid replacement, trading some of the Celica's end of life practicality for a more effervescent experience. Good choice there.

I think the GT would make a storming halo car for Toyota in India. If I could afford a 22-25 lakh rupee second car, the GT would be intensely attractive, given its looks, sporty nature combined with a realistic ground clearance, easy of daily driving etc. Toyota has finally seen the light and they are becoming bland aware. What I mean is its a solid brand full of functional, effective but usually bland cars. Their new motto is fun to drive again and the GT is a great example of a car that is inherently a Toyota but isn't androgynous, it takes a stance, has personality and that is such a relief. 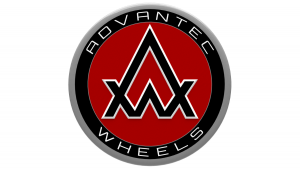