The image here shows me doing exactly what the Ducati 848 EVO was built for  hunting apexes around a race track and setting lap times. It's a middleweight sportsbike after all, a dedicated track machine. The middleweight sportsbike is perhaps the purest form of sports motorcycles. The engines typically make track-friendly power and can be annoyingly peaky for street use. But they are brilliant on track. Focussed, light and in their element. Their focus and usually high tech nature also makes them super expensive.

But more often than not, I have been part of discussions where the feasibility of sportsbikes for a country like ours has been questioned. Do sports/superbikes make any sense for a country where access to a race track is highly limited and the riding conditions are adverse? A fair number of riders who ride sportsbikes regularly believe that they are perfectly easy to live with, but there's also a large number of those who believe they are pointless.

The second opinion cannot be neglected as a naked bike or a cruiser makes sense given our road, traffic and weather conditions. But why would somebody who has spent significantly more money on a sportsbike want to lie? I always wondered how it would feel to 'live' with a sportsbike built with the intention of scorching a race track rather than pottering around town. I was to spend a week in New Delhi last month, just before our awards' jury rounds. What timing I thought! Fresh from having ridden the Panigale S at the Sepang International Circuit in Malaysia I called up Ducati, hoping the mega superbike would have arrived, but it was still a few days away. However they did have something that suited my needs  the 848 EVO.

The 848 EVO for that matter apes Ducati's erstwhile flagship, the 1098/1198 superbike as far as styling is concerned. Head on, it even reminded me of the Desmosedici with the twin projector headlamps. The overall design is edgy and sharp. From most angles the tank appears slender, but is actually quite wide, and you realise that only once you straddle the bike. The red trellis frame surrounded by various black bits looks delicious, and I cannot resist saying this yet again  the rear alloy with the single sided swingarm looks just gorgeous. The clocks are all-digital and the dash is reminiscent of Ducati's MotoGP machines, especially with the red shift lights which come on one by one as you approach the redline. The EVO also gets a steering damper that was missing on the earlier generation 848, and this hints towards the motorcycle's track focus.

Straddle the bike and the first thing you notice is the committed riding position. This is totally in sync with the bike's track orientation, and to be honest a tad too focused for the road. The handlebars sit really low on the triple clamp, and seat height is such that a lot of weight is transferred onto the rider's wrists. The pillion perch is just a formality just like most sportsbikes, but makes for a beautiful looking rear end, especially with the twin stop lamps and underseat exhausts. The rear-view mirrors with the integrated LED turn indicators look nice, but are not as functional as expected, and I would have wanted the stalks to be slightly longer for street use.

Coming to the engine, the 848 EVO uses an 849cc L-twin liquid-cooled engine that makes 140PS at 10,500rpm and a healthy 98Nm of torque at 9,750rpm. The compression ratio of 13.2:1 is quite high, meaning the 848 EVO needs high octane fuel which is available only at select petrol stations even in metros, and is a rarity in smaller cities, and isn't available easily on highways either. V-twin engines are known for their strong bottom-end and mid-range performance, and the 848 EVO offers a punchy mid-range thrust. This helps in city traffic, but let the revs drop below 3,000rpm and the bike judders, calling for a down shift. Acceleration is brisk and in our acceleration runs I managed to accelerate to 100kmph in a scant 3.7 seconds. The bike easily crosses the 100kmph mark in first gear and a simple whack of the throttle ensures you surge ahead of traffic in a flash. The radially mounted Brembo monobloc brakes offer enough and more bite whenever needed through twin 320mm discs at the front, and the Pirelli Diablo Supercorsa SP rubber offers loads of grip at all times. However, given the soft compound of the tyres they are sure to wear out sooner than you would expect with daily usage in city conditions.

I was stationed in Connaught Place for the week, which is one of the busier parts of the national capital. This gave me a chance to put the 848 EVO through the acid test, Delhi's infamously chaotic traffic. The riding position was taking its toll on my wrists, but was not as bad as I thought. Each time I hit a traffic jam speeds were down to walking pace, something sportsbikes like the 848 EVO despise. Coolant temperatures would soar each time this happened and the radiator fan was kicking in regularly, channeling heat onto my legs. The saving grace was the pleasant Delhi weather, since winters were just setting in. But with 140PS on tap I found it was just a matter of few minutes before I weaved my way out of the throngs of cars and motorcycles and upped my pace, letting the coolant temperature drop. The precise handling helped me slice through traffic, but a taller handlebar would have helped me steer quicker in the city. The low set clip-on handlebars on the 848 EVO do not allow you to make a full turn, typical of sportsbikes. Try a full u-turn and your knuckles touch the inside of the front fairing.

The stiff suspension set-up was another negative, as it made riding on bad roads difficult. Given that roads are not too bad in Delhi this was not much of an issue, but I am certain the 848 would be a nightmare on Mumbai's broken roads. The seat could have been softer as well, since a couple of hours of riding in the city had me wanting to take a break. I even rode with a pillion on board, and though not very uncomfortable, a sportsbike is not the best of machines to ride with a pillion is what I realised.

That more or less sums it up for the 848 EVO in the city. It was rideable no doubt, but I would have been a lot comfortable on a sport naked like the Streetfighter, which is as powerful but a lot smaller and easier to ride in traffic. A committed sportsbike like the 848 is not exactly a punishment, but its focused nature makes it a bit difficult to commute on. It is a lot flashier though, which is a positive and a negative  if you want to be seen this is the kind of motorcycle that will get you the attention. However that also means you cannot make the mistake of leaving the bike unattended in a parking lot, as people are sure to touch and try to sit on the bike.

To answer the one question I was asked by almost everyone who saw me on the 848 EVO, the bike returned 13.8kmpl in the city, the figure stretching to 18.6kmpl on the highway. That makes for an overall efficiency of 15kmpl, and the 15.5-litre fuel tank thus makes for a range of about 230km, which is the normal range offered by these machines. Hence frequent trips to a fuel station offering premium fuel are a given.

I was then waiting for the awards jury rounds held at the Buddh International Circuit, hoping to find time to ride the Ducati on the track, once done evaluating the nominees. A world-class circuit, the BIC was the perfect place to unleash the 848 EVO  thrashing it all the way to its redline in each gear was never this easy. On track the bike was a different animal  its lightness, precision and the V-twin's punchy mid-range came to the fore and I was clipping apexes in a blur. The stiff suspension that threatened to break my back on public roads was a boon here and along with the responsive front end and able chassis the bike was a hoot to turn in. The bike also felt a lot lighter than it had all week and was highly flickable, changing direction in a flash. The 1.2km long back straight allowed me to touch 270kmph on the speedo, and the Brembos and Pirelli rubber were super quick to haul the machine down in time for the slow turn 4. The low clip-ons seemed to have changed character too and felt perfect when fully leaned over around corners.

As I returned the bike, I had made up my mind. The 848 EVO is a great machine to own and ride. Ducatis are considered classy stuff and the 848 is just that. Its build quality is great, engine and performance leave nothing to complain about and handling is one of the best in its class. It is an excellent machine for a casual track day and not very uncomfortable on the highway too. Above all, it is a Ducati  the brand's snob value is undoubted in biking circles and it will get you the respect which several other brands will fail to. But it is pricey  despite being a middleweight its pricing is as high as Japanese litre-class machines that offer a lot more power. Come to think of it though, you don't really need the power of a litre-class superbike, unless you plan to go racing or are a track day regular. Having said that, the 848 is the only middleweight sportsbike you can buy legally in India. So if you have the money, don't mind the comfort issues and enjoy getting attention, the 848 EVO is the machine to put your money on. 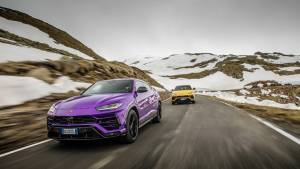