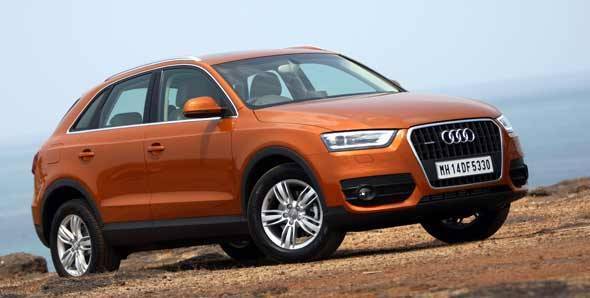 Around a year ago I recollect Michael Perschke, head of Audi India telling me just how strongly Audi is keeping away from the numbers game. Quality and reaching out to a very particular clientele he assured me was their focus and through that strategy the numbers would eventually start rolling in. It was a vision you couldn't argue with, it may have seemed a bit naïve at the time, but it was sound. And now that Audi has gone past Mercedes-Benz, breaching BMW's leadership position in the Indian market looks well within sights. The quality theory seems to be working!

So now what happens when Audi finally decides to step in to the numbers game. What happens when the Q3, their smallest offering yet, comes into a market where the premium segment is growing the fastest, even if they account for just around one per cent of total automobile sales in India. I don't know and neither can I predict what will happen. What I do know is that there is a new benchmark to be followed. This is its story.

I'm trying hard to ignore the fact that this new family design language philosophy that makes cars look so similar to each other is irritating me no end. I've just walked into a parking lot where the Q3 is parked facing away from me. From here it looks pretty similar to a Q5 and if I had not  seen a Q5 as often as I have, I wouldn't think this vehicle was any different. That to me is irritating because I have seen the Q3 before and I know it has this subtle stylishness and a very distinct character if you can look beyond the familial ties.

That distinct character shouts out loud when you view the side profile. Thats when you see the rakish roofline that gives the Q3 an almost coupe-like silhouette. It even looks like it sits closer to the ground than conventional SUVs, though the 170mm ground clearance is healthy enough for urban and semi-urban conditions. The hood which sort of traditionally in any Q model is a massive expanse of aluminum is absent in the Q3. It's large but not big enough to make the Q3 look imposing. In fact despite the chunky fenders and the large grille the Q3 looks compact. To put a perspective to it, it's just slightly larger than a Jazz with a bit more ground clearance. I for instance can just about look over the roof and I stand 5'9" tall.

The headlamps with the LED piping are the most striking design, stunning to look at night or day. The LED piping is also used on the tail lamps and are the only bits that help differentiate the Q5 from the Q3 at that end. The black piano finish grille is another highlight but its impact is lost with the massive number plate drawing attention away. I also like the stance, this is an SUV that looks dynamic from any angle. It's ready to pounce, the crouch accentuated by its wide track and short wheelbase. And as I discovered it's an opinion that is shared by other people as well, enthusiasts or not.

Inside the Q3, the design feels similar to other Audis but this is just the whole family bit playing tricks on your mind. This interior, if you look closely, has some fresh and interesting ideas that work well. For instance, the temperature knob on the climate control system which is also used in the TT. It looks like a multiple step switch which you'd turn all the way round, but instead you just click right to increase the temperature and left to lower it. It does not feel very tactile but looks good and works, though it needs to be treated a little firmly.

The other interesting bit is the retractable MMI screen on top of the dashboard which is manually operated and does not use any expensive electric motors to keep costs low. That screen has a rich high resolution display that looks as good as the one on the A8 or the A7.

Interior space is decent, it's not generous by any margin but I really wouldn't expect a SUV that measures just 4.3 metres in length to have much interior space. It's comfortable enough for four passengers none taller than 5'9". Part of this efficient space management has come by placing the engine transversely rather than longitudinally, as is the case in the BMW X1. This allows for the cabin to grow in size making more room for passengers. It would also be easy to presume that the rear hasn't got a lot of headroom because of the sloping roofline. Audi engineers counter this by placing the rear seats low with a steeper backrest angle enhancing the head room.  And no it isn't going to be uncomfortable over long distances as we discovered since there is enough space under the front seats to place your feet. 460 litres of boot is also generous enough to shove everything you need for a really long weekend. Want to extend that trip? Then the seats fold down though not entirely flat but enough to increase volume to over 1200 litres.

Incredibly in this effort to keep costs low the Q3 is one of the very few from the big German trio and the first from Audi I have ever encountered to have a manual day-night adjust for the inside rear view mirror.

Overall the interior is a pleasant environment and one that is easy to understand and use. There isn't a confusing array of buttons and dials though the slightly unconventional air-con temperature dials takes some getting used to. Build quality is as you'd expect it, doors shut solidly, the panel gaps are tight and the quality of materials is rich.

The Q3 is available with just one engine at the moment. It's the 2.0-litre common rail diesel presently being used in other cars in the Audi and VW range such as the A4, A6, Q5 and Passat. There are however a few changes to this particular engine that make it a bit more powerful and torquier than the one used for the A4 or the Passat and even the Q5.

It's a fiery diesel whose best character trait I believe is its refinement. Switch on the ignition and there's no push-to-start button just the plain old fashioned turn of the key, and you won't hear a sound inside the cabin. But step on the throttle and the engine responds with the alacrity of a petrol. It quite literally jumps up from standstill like someone sitting on a pin. This inline 4-cylinder with a variable geometry turbo and direct injection makes 176PS at 4200rpm (and 380Nm of torque between 1750 and 2500rpm. The turbo boost kicks in around 1800rpm but you never get the sense of the turbo kicking in because the max torque comes into effect earlier. So the Q3 is already rapidly accelerating before the turbo can do its thing.

It's a sweet engine that feels just right for the Q3 and I don't think any other engine could do it more justice. It's not just that the diesel engine is powerful and torquey, when Audi gets the 2.0-litre petrol TFSi it will be more powerful and torquier with a wider spread of torque. But seriously petrol especially at a time when it's supposed to have

an upward price revision again, is an ill-advised move. The diesel, in fact, has nearly the same level of refinement, because as I see it that's the only advantage the petrol could offer otherwise.

The Q3 uses the 7-speed S Tronic dual-clutch transmission usually reserved for the more performance-oriented cars in the four ring fold or the more expensive variants in the range. Obviously then the Q3 we get is blue chip. It's a fantastic gearbox, quick, refined but because it does not have paddles on the steering wheel for manual gear shifting, it just lost one star in my book.

Quattro defines the Q3, it's what gives it its fantastic agility and sports cars like maneuverability. Add in the front subframe from the TT, the hood and hatch, lower wishbones and wheel carriers all made of aluminum to offset the weight of the four wheel drivetrain, and what you get is a SUV that weighs 1585kg (kerb), thus the dynamics of a sporty car.

The suspension is setup stiffly, but not so much to make driving it long distance an uncomfortable affair. The stiffness reduces body roll and is even better at gliding over bad surfaces. You really don't sense the firmness until you're at slow speeds in the city and happen to go over a really bad stretch of tarmac. In that case the suspension can get all rattly.

The electromechanical power steering is very light and will find a lot of admirers. It even gains weight as speeds increase but is lifeless and lacks the feel you'd get from a hydraulic unit. It's not a bad thing and the only ones to be affected by this will be the enthusiasts who will find it to be too light. For all other purposes this steering works wonderfully especially when its allied to the short 2.7 metre turning radius that makes swinging this SUV around in traffic buttery smooth.

This is an incredibly well poised car and feels stable at all speeds and in all situations. It's very confident at high speeds on the national highways and slices through corners effortlessly. Overall comfort is not something you will have any complaints about. The seats are supple but supportive and the cabin well insulated from the elements so wind noise and engine clatter is almost negligible.

The Q3 is frightfully quick thanks to a low kerb weight, a superbly torquey and responsive engine, four-wheel drive and a blazing quick transmission. The performance numbers are just sensational. 100kmph comes up in just 8.7 seconds, quartermile in little over 17 seconds and it goes on to clock a top speed of 211kmph.

It's quicker than anything comparative you can buy at this price point, diesel sedans included. It is in fact even quicker than the Passat, A4, A6 and the Q5 all specced with the same engine.

The most endearing aspect of the Q3 is its ability to point, shoot and squirt. Thanks to the torque coming in early and the turbo spooling up rapidly the engine always feels like it's on edge. It reminds me of my first long term Swift with its free flow exhaust, and replacement air filter that I kept buzzing around in like a hyper active bee.

The Q3's compact dimensions and light almost effortless steering make it easy to rapidly skip through traffic. In fact the Q3 is just brilliant at being fast, and while you might probably enjoy driving this SUV sedately, you won't be doing it for long!

That performance does not come at the cost of fuel efficiency, in the city we achieved 10.2kmpl, on the highway that increased to 18.7 giving us an overall efficiency of around 12.3kmpl. It's certainly not as good as the competition but for the performance it's a good enough trade-off. 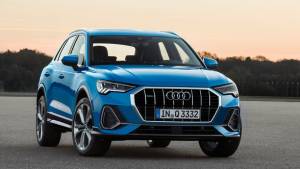 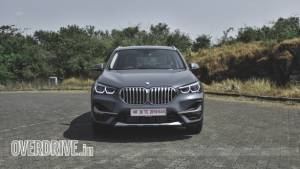