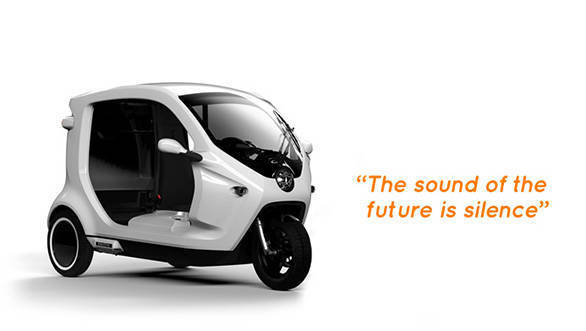 The most common sight on the streets of Indonesia is the auto rickshaw. Bajaj Auto has been selling these three wheelers there for many years now.

After years of dominance in the 3-wheeler market, Bajaj may finally have a competitor on the horizon  Zbee. The Zbee is an electric three wheeler, pitched as an urban traveller made by the Swedish firm 'Clean Motion'. The vehicle could replace Bajaj auto rickshaws considering that it is a more environment-friendly option.

The Zbee is powered by a 4KW motor with a 50 km range on a single charge. It weighs just 230kg and has a top speed of 45 kmph. No driver's license is required to drive the Zbee in Sweden and it is marketed as a private shopping vehicle.

Reportedly, the electric three-wheeler will be mass-produced in East Java starting from this August. It is also rumoured that the Zbee will be shown to the public on June 12 in Jakarta. The Zbee looks like a hi-tech version of the common auto rickshaw and its impending entry in Indonesian markets certainly poses a threat to the renowned Bajaj rickshaws.

Indonesian President Susilo Bambang Yudhoyono's recent visit to Sweden has initiated numerous industrial relationships between the nations. Clean Motion's Zbee was part of one such relationship.

KTM celebrates a decade in India by...
Advertisement