Yamaha has just released a new R25. The bike is powered by a brand new two-cylinder four-stroke 250cc liquid-cooled engine. This engine produces 36PS@12000rpm and 22.6Nm of torque at 10,000rpm. The bike has styling inspired by its R1 and R6 siblings and has the racing DNA of the YZR-M1 MotoGP bike. The R25 has an all new high compression (11.6:1) engine and a steel frame. It weighs 166kg overall and is surely going to be quick!
We have prepared an image gallery for you to stare at! 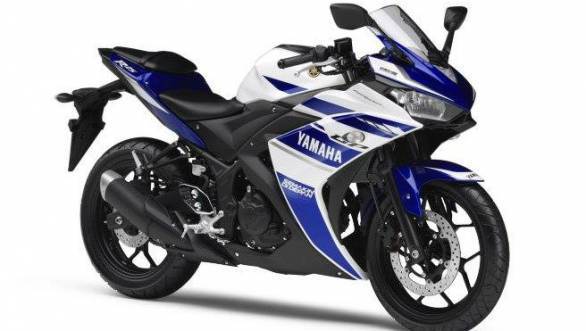 The mid-ship end can helps in keeping the weight distribution at a perfect 50:50. 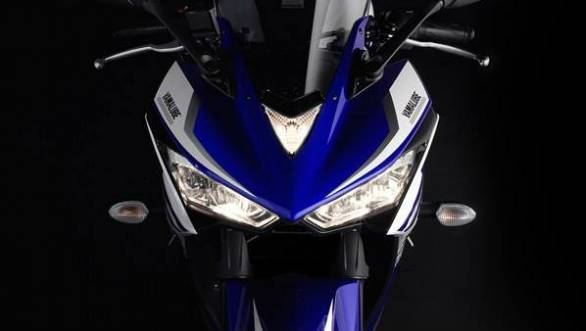 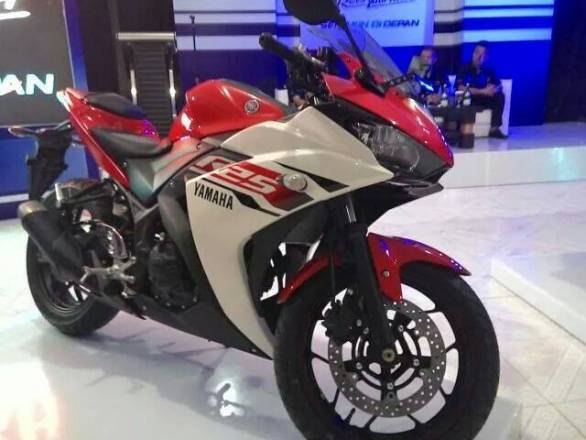 The fairing is inspired by other bikes in the YZF series 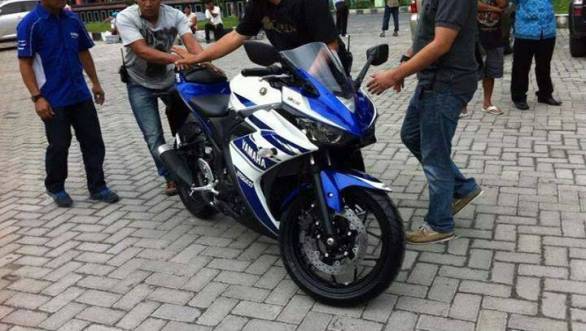 The bike will be on sale in Indonesia in July 2014, other countries are expected to follow soon 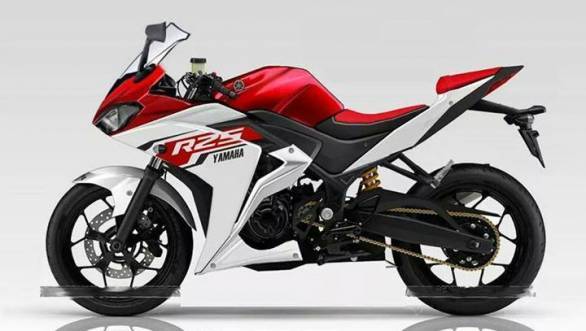 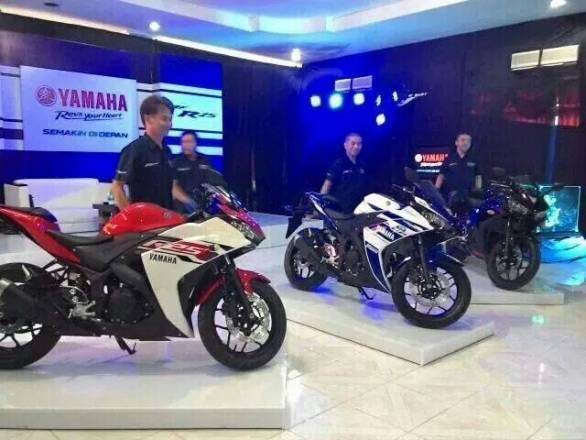 The bikes being unveiled in Indonesia 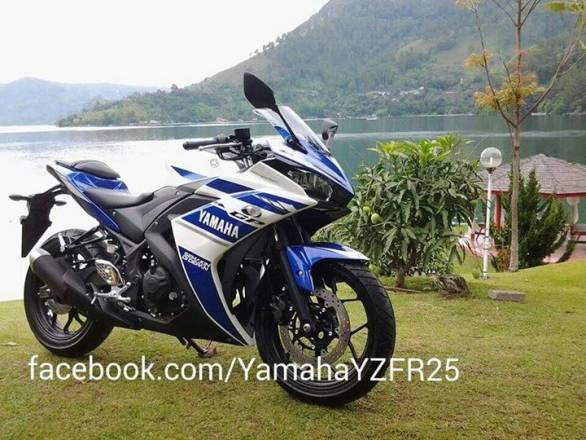 The bike's seat height is 780mm 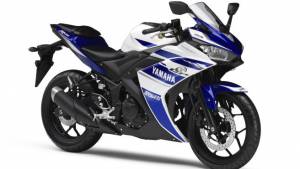 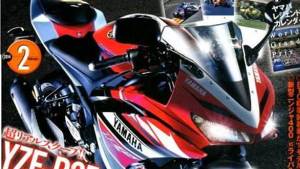