Yamaha has confirmed in its annual report that it plans to start producing PED1 and PES1 concepts by 2016. The offroad electric bike PED1 and the electric sports bike PES1 were first showcased at 2013 Tokyo Motor Show. 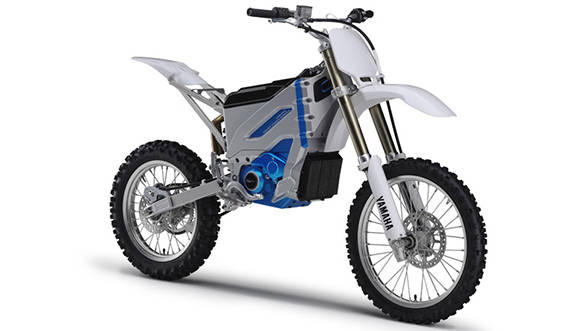 The two concepts showcased at the Tokyo Show had a monocoque chassis, derived power from a lithium ion battery pack and had a brushless DC motor. Transmission could be opted in both automatic and manual mode. The PES1, which is a naked bike, weighed under 100kg and the PED1 off-roader is even lighter at 85kg.

The PES1 concept is reportedly capable of hitting a top speed of just under 100kmph. We expect the production version to do better. Expect more details by the time the two EVs hit production. Yamaha's annual report states, "We are working to create new value with EV sports motorcycles, which we aim to launch in two years, with the development of the small, on-road sports PES1, as well as the PED1, which are being developed to expand the scope of electric vehicles to the off-road world."