Yamaha India has inaugurated a new spare parts centre in Tamil Nadu. It is located at the company's plant in Chennai, with a total area of 30,000 square metres. The company has invested Rs 58 crore in the centre, which will speed up the availability of spares for Yamaha motorcycles and scooters in south India. The company's existing parts warehouse in Bengaluru has ceased operations. Currently, the Yamaha India has 20 spare parts distributors across 15 states. In addition, it has more than 3,000 spare parts retailers across the country.

Speaking at the opening ceremony, Hiroaki Fujita, chairman, Yamaha Motor India Group Companies said, "In the present industry scenario, customer satisfaction is the key to sustenance and growth. Timely supply of genuine spare parts to the customers is the key to success. Our main objective behind the establishment of the new parts centre is to cater to the demands of the consumers in south India with speed and quality."

The centre aims to ship the requested parts, the day after it receives the order. Yamaha says that its parts supply ratio will increase by five per cent, compared to the previous facility in Bengaluru. Yamaha says it will optimise its spare parts inventory at Surajpur, UP and Chennai for the markets in the north and south of India. 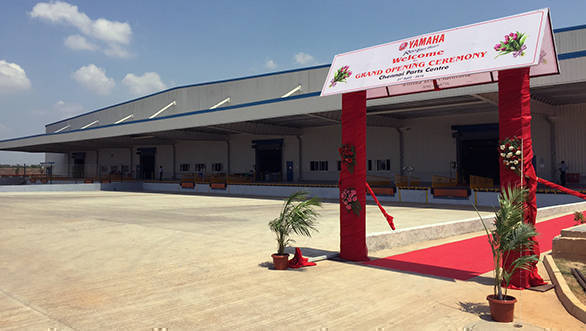