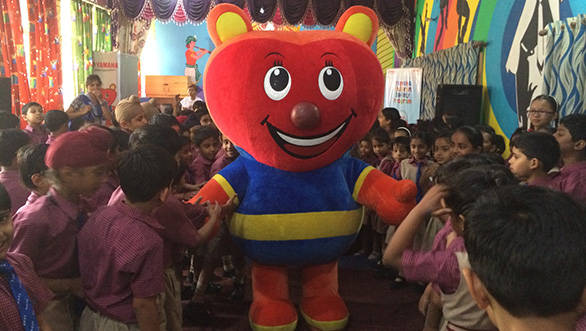 The initiative aims to educate children about basic road safety. The New Delhi Public School session was attended by more than 200 students aged between five and twelve. Interactive and fun filled sessions were held with the children to educate them on safety measures and basic etiquette to be observed on the road. Later on, the theory sessions were followed by practical displays to drive the point home. This iteration of the safety initiative ended with fun filled activities and the brand's mascot named 'Zippy' interacting with the kids further also played a key role in maintaining the interest throughout the process. 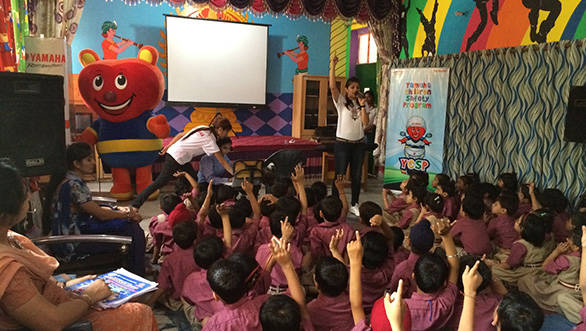 Yamaha plans to cover 500 schools across India by year end

Yamaha plans to expand this programme to cities where the two wheeler volume is large and the message of road safety is much needed, but lacking. The company has set itself an ambitious target of covering 500 schools across India by year end.

On the occasion, Roy Kurian, vice president, sales and marketing, YMIS said, "Yamaha has been promoting road safety/safe riding habits for almost five years now. But the Yamaha Children Safety Program (YCSP) is a unique social initiative by the company to educate and influence both parents and children about vital road safety measures. We believe it is imperative that the importance of road safety is instilled in the youth as they are the key drivers in bringing about any change. We have begun the YCSP to involve youngsters in an entertaining and interactive manner that can drive home key messages of safe riding. By doing so, we are not just creating awareness among children but also among the family and local communities. Also, when these youngsters turn 18 and are ready to buy a two-wheeler, they will remember what tips Yamaha offered them on safety while in school."