XDL championship to be part of 2014 Bike Festival of India

We've been waiting for sportbike freestyle or stunt biking to come down to India in a competitive form and it finally has. XDL, the biggest sports league responsible for sportbike freestyle and for turning it into an organised form of professional motorsport, will be in India at the Buddh International Circuit between October 4 and 5, as a part of the Bike Festival of India. 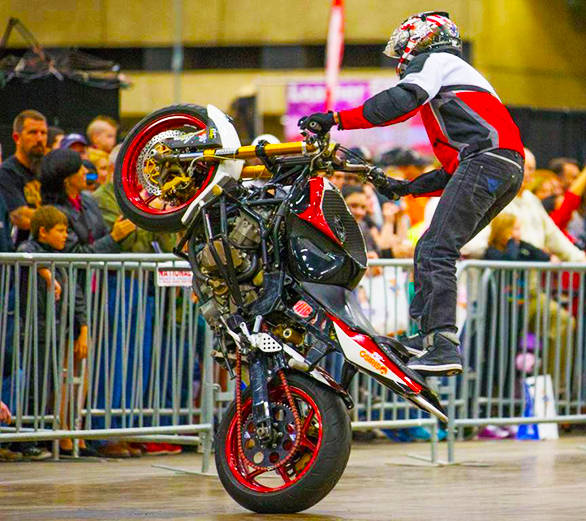 The premier stunt riding championship attracts competitors from the US, Asia and Europe and is known to have serious riders like Jesse Toller, Chris Tice and Aaron Twite associated with it. In order to attain status as a true World Championship event, XDL is currently in the process of signing a deal with the FIM to get the motorsport body's approval. This is to ensure that the rules that govern the sport across the world will be consistent and no longer vary according to the authority responsible for motorsport in each country.

The Bike Festival of India will also host a Dirt Bike Championship and a Drag Race championship. The festival will feature a series of competitions involving stunt riding, wheelies, burnouts, stoppies and group rides. In addition to that, there will also be several off track competitions such as weight lifting, arm wrestling, bench press, push ups and food festivals. Exhibitions of various bikes and bike accessories will also be a significant part of the festival.

Adventure enthusiasts can get their adrenaline rush from rappelling, paragliding, engine gliding and rock climbing, also organised at the Bike Festival. Participants can also choose to camp at the BIC itself, which really makes the Bike Festival of India a first of its kind event in the country.