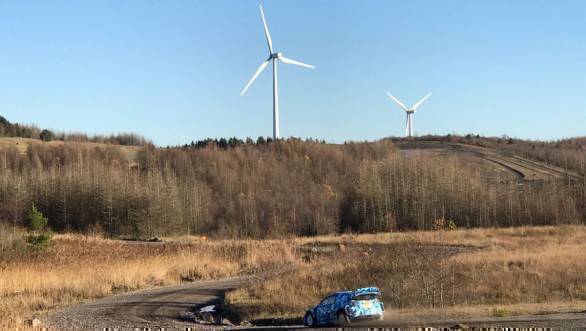 Redundant world rally champion Sebastien Ogier has completed a lightning appraisal test of the Toyota and M-Sport prototype 2017 World Rally Cars as part of his assessment of their suitability for him to drive next year.

After apologising for missing the WRC gala dinner in Sydney on Monday night, he left Australia quickly and drove the Toyota, complete with darkened side windows in the Tarragona region of Spain on the Wednesday, then travelled to the Walter's Arena test track in South Wales on the Friday.

There are expected to be no plans for Ogier to test a Hyundai, who are currently preparing their 2017 team presentation on 1st December, or his old team Citroen which he left in strained circumstances in favour of VW at the end of 2011.

Toyota have the problem of having made plans to start the season with only two cars, one of which is committed to Juho Hanninen as part of their onward development programme. They also have plans to employ only Finnish drivers in 2017, with the existing expectation to run Esapekka Lappi and the opportunity to run the equally redundant VW driver Jari-Matti Latvala.

M-Sport have the challenge to provide financial income of the level which Ogier has enjoyed and which is presumably still be due them from Volkswagen but the financial opportunities from Red Bull are not known. Meanwhile Ogier fills his notebook with a unique analysis of the merits of rival 2017 cars.