WRC: Michel Nandan on the sport's new for 2017 rules

New regulations are coming into force for the 2017 World Rally Championship, beyond simply the introduction of the new specification World Rally Cars. One of the most important is the return to three car teams with the best results for the top two cars taking Manufacturers' championship points. We asked Hyundai Motorsport chief Michel Nandan if that is going to demand an upheaval in team strategies. 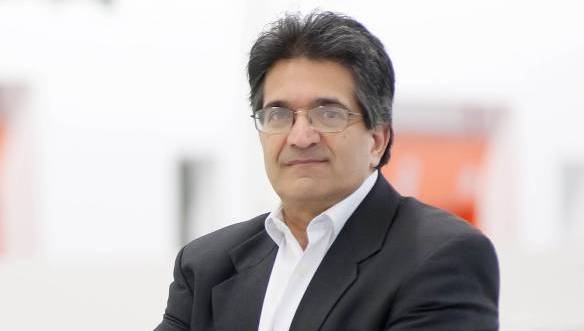 Michel Nandan, Hyundai's Motorsport chief, talks about the implications of the new rules for the new season of WRC

MN: Yes, sure, but in one way I would say it would make our life a bit more easy. With the new rules we will not have to decide in advance who will run in which team. In 2015+16 we had to nominate who drives in each team. But now we have only one team that is scoring points, so this is a bigger difference in terms of strategy. There will be fewer things to be considered. Only two cars instead of three are scoring points.

Has this rule change meant changing the drivers' contractual agreements?
MN: No, not at all, the contracts are exactly as before. Drivers continue to have contracts with Hyundai Motorsport, not with which team they represent.

Do you think there will be stress with team orders next year (2017) because of the three car team?
MN: Well, in fact I think it will be a bit less stressful, in our case we never made any team orders. We could have done, for example when you had a car from the (Hyundai) N team in front of the first team as happened this year. We never gave team order even though we could have done. We decided not to swap cars to get more points on manufacturers points for the main team. Next year we will have no N team, because the N team was created just in order to enter three scoring cars. There will be only one team and probably the name of the team will be a bit longer because of the sponsors!

But there is always the possibility one of your drivers could be challenging for the World Drivers' championship.
MN: Yes, this is true, but this then is a little bit different. It could be but then I think normally you would only do that near the end of the season. Our priority however remains the Manufacturers' title.

What about team priorities?  This year the originally nominated top competition number (3) changed from driver to driver. In 2017 between the three drivers who is going to decide who has which competition number?
MN: We will get three consecutive numbers based on the (2016 Manufacturers) championship order. Afterwards it is up to us to decide who will be in which car at the start of the season. Normally you take the Drivers' championship order (at the end of the previous season) and thereby allocate the drivers to the numbers.

What do you think is going to be the biggest stress for you next year (2017)?
MN: With the introduction of a new car some new problems can happen. We had this happen year, it could be a bit stressful especially because you can do all the tests but in fact the real testing of the car is when you enter the car on a rally and unexpected problems arise. So this could be a big stress but apart from that, for the rest I think it is good to start with these new (technical) regulations because everybody will present something new. Probably everyone is going in a bit different route in order to use the regulation. I think for WRC (2017) will be an interesting year.

Regarding the new rule about limiting which drivers can rally in 2017 WRC cars, how will this alter the company's sales of previously used works rally cars?  Will privateers still have the chance to run your WRC cars?
MN: The rule about who drives WRC cars does not directly affect us. In fact Hyundai Motorsport doesn't normally sell any WRC rally cars. We will not sell any '16 cars. There is no plan for that and for the '17 car it will be the same. The reason we do not sell 2016 cars is in case some secret technology gets into the wrong hands. Our '17 car is really a derivative from the '16 car because some of the things we did on the '16 car are just carried over on to the '17 car. We are using some old cars for invitation co-driving events, for marketing reasons. One is entered in Catalunya for Kevin (Abbring) because we have one available. Maybe we have one or two '15 cars still in the company.

Because of the now reduced number of available Word Rally Cars, will the price when you sell the '15 cars, go up or down?
MN: I think it will be a bit down because the car is not as updated as it could have been!

Final question.  You must be frustrated when the World Motor Sport Council (WMSC) says 'there maybe 12, there maybe 13 or maybe 14 rallies' in 2017.  Not very good, was it?
MN: Well, it is true that when you have to prepare the budget, if you don't know exactly how many events you have to do it is difficult so of course we have to work in the worst conditions. We budget for having to have to do 14 events, including the events overseas. It is true you cannot plan a proper budget without that information.