WRC: Gaurav Gill will pilot a Ford Fiesta R5 in the 2018 season

Gaurav Gill is finally making it to the World Rally Championship's WRC 2 category, with Team MRF. The Indian driver, who is three-time APRC title holder (2013, 2016 and 2017) is finally making the switch to rallying in Europe, which has been a long time coming. Gill will drive a non-support championship entry, which will allow him to use tyres of his choice (as most private entries do) in the series in 2018. It is expected that in 2019 MRF will be an official tyre manufacturer in the series, having homologated their tyres for the championship, thus allowing Team MRF and Gill to officially enter the WRC 2 championship. 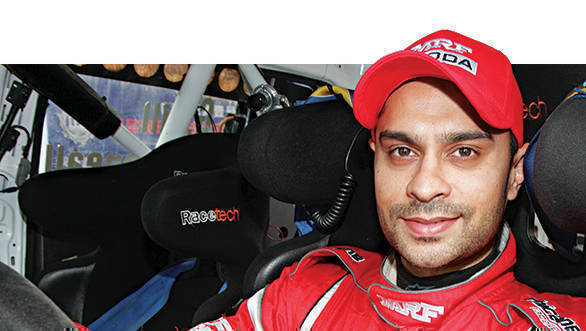 After plenty of speculation, with neither Gill nor MRF willing to confirm the machine that he will drive in the remaining rounds of the 2018 championship, Gill showed up as brand ambassador to the launch of the Ford Freestyle in India. He had also earlier told OVERDRIVE that both MRF and he were keen on having a partner on board that would provide them with support, leading us to believe that he would be driving either a Ford or a Hyundai in the WRC 2, since both manufacturers have cars homologated for and competing in the WRC, while also having a strong presence in the Indian market.

OVERDRIVE has now learned that Gill will compete in the remaining rounds of the 2018 season, in a Ford Fiesta R5. Given that Gill has been competing in an R5 over his last few years in the APRC, it seems unlikely that he will opt for anything other than an R5. FIA regulations state that an R5 car must be powered by a 1.6-litre turbocharged engine with a 32mm restrictor and using a five-speed gearbox. The price is capped at 180,000 Euros to ensure cheaper, more standard parts are used. Gill, however, refused to comment about the make of car that he would be driving.

A press release confirming Gill's participation in WRC 2 events next year in a Ford Fiesta is expected soon.