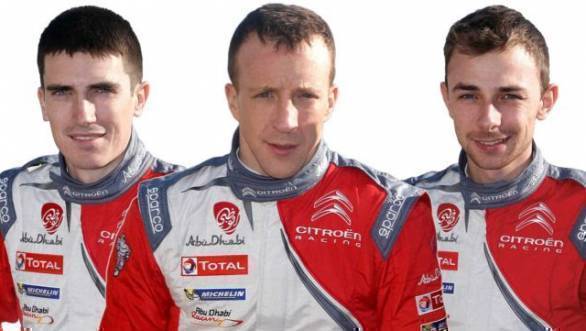 Craig Breene, Kris Meeke and Stephane Lefebvre are confirmed to driver for Citroen in the 2017 season of the World Rally Championship

The team has already completed seven development tests, both on gravel and tarmac, of the C3 WRC, and is close to the final version of the car that will make its debut in 2017, as Citroen makes its works return to the WRC.

An official press release from Citroen said of the driver selection, "This choice is very much in line with Citroën's long-held policy aimed at identifying and developing talented young rally drivers. In the last 15 years or more, Citroën has identified some of the best in the business: Loeb, Ogier, Sordo, Neuville, Camilli and of course Meeke. Breen and Lefebvre are destined to add their names to this illustrious list!"

The 2017 season will see two Citroen C3 WRCs entered in the championship. One will be piloted by Kris Meeke, and the other alternately by Breen and Lefebvre. Citroen is yet to announce exact distribution of events.