Citroen driver Sebastien Ogier dominated the hot, dry and dusty Rally Mexico. For some time Ogier was pursued by the Elfyn Evans before the Ford driver was eventually overtaken by Toyota driver Ott Tanak. The consistent Evans finished third  without winning any stage. Hyundai's driver Thierry Neuville struggled finishing fourth. Although each team finished within the top four places, they all suffered dramas. Citroen, Hyundai and Toyota won stages but not M-Sport. Sixth placed Mexican Skoda driver Benito Guerra equalled the best ever R5 result in the WRC while M-Sport driver Lukasz Pieniazek took maximum WRC2 Pro points. There were only 22 starters, making this the second smallest WRC event for over 30 years. Tanak still leads the Drivers' championship, now by four points in front of Ogier, while Toyota heads Citroen by eight points in the Manufacturers' series. 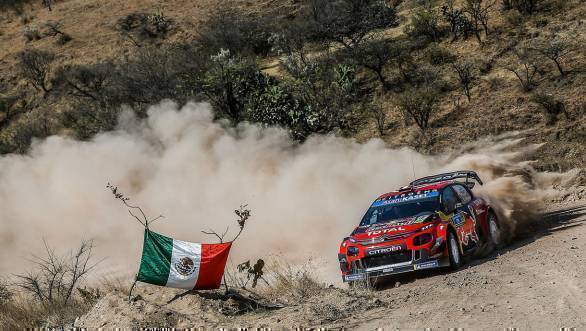 Ott Tanak came to Mexico leading the Drivers' championship for the first time in his career but soon discovered the negative consequences  like having to open the road on the first day on a gravel rally. At the end of the first loop of stages he was lying ninth, but on the second passage things started to improve. Fourth at the end of the first day, third after the second day and he moved up to second on the opening stage of the final day. It was the best part of the rally for Toyota. Late in the afternoon of the first day Jari-Matti Latvala stopped with exactly the same battery problem as on this event a year ago. He refused to give up and fought back to finish eighth. He nearly made seventh but on the penultimate stage the radiator lost water and after the stage the crew had to collect water from a nearby river, continuing to the finish of the rally but missing much of the front bodywork of the car. Meanwhile Kris Meeke had an encouraging first morning and was thrilled also on the first stage of Day 2 when he made his only best time of the event and took the lead. Unfortunately the smile did not last long and his fortunes went downhill until all he could aim for was a good time on the PowerStage. This he did, only just missing the maximum supplemental points by one-fortieth of a second of the time made by Ogier.

Over at the two-car Citroen team there was dismay when Esapekka Lappi slid off the road partly blocking the route round a blind bend on the first stage of the second day. This caused the driver to incur considerable penalties for missed stages but led to a curious series of consequences. The organisers could immediately sense the danger of the situation, even though Lappi's codriver rushed round the bend to warn oncoming competitors. The organisers immediately cancelled the stage and issued notional stage times for crews affected, among whom was the rally leader Ogier who right at that moment had suffered a puncture and was driving slowly. There was pandemonium when Kris Meeke immediate said the "red flag" order was a dirty trick by Citroen, which subsequently proved not to be the case. To rally fans, it was just another chapter in Ogier's legendary good luck! 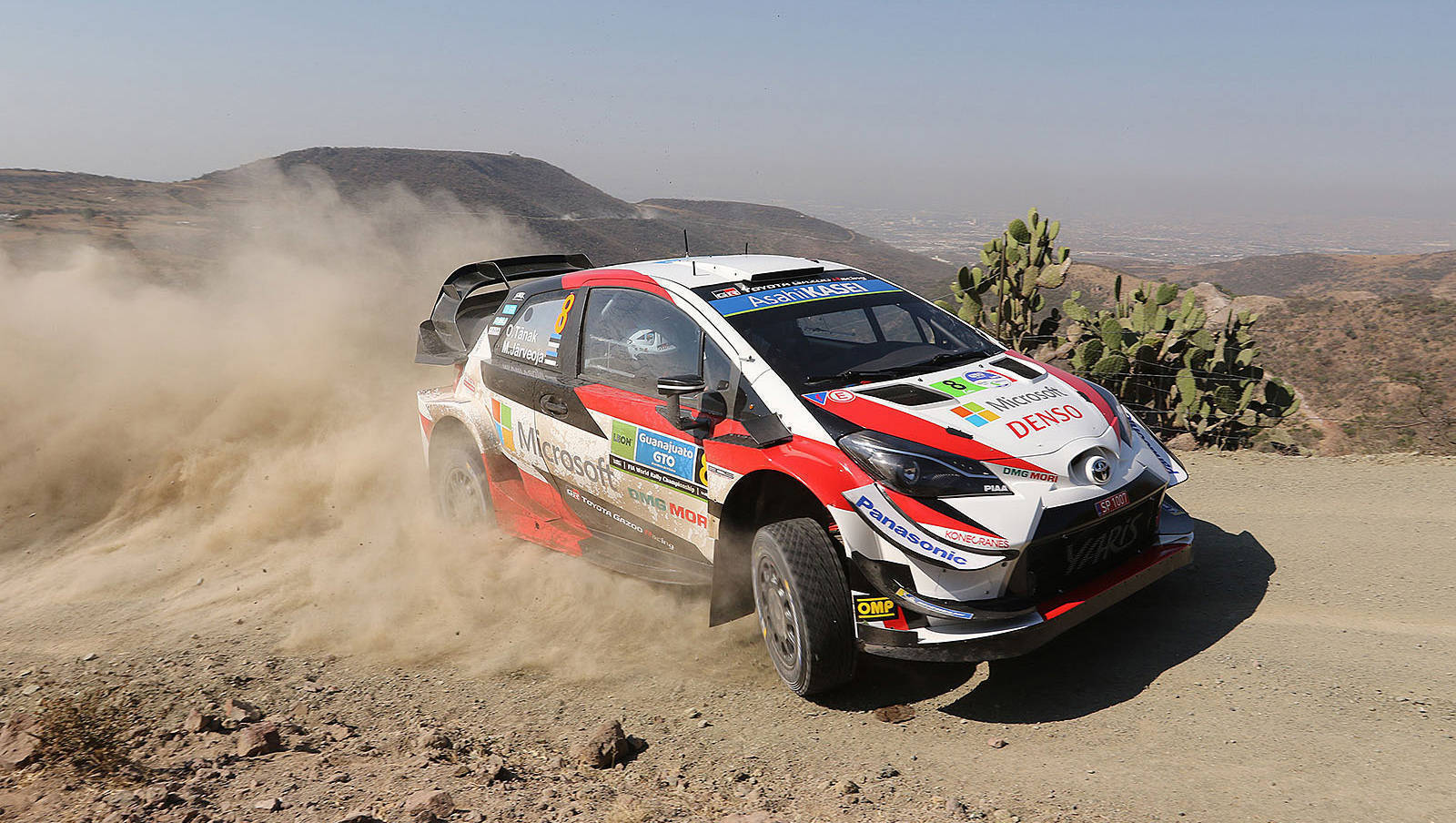 Hyundai were eclipsed by Citroen and Toyota. Dani Sordo, on his first WRC event for the team this year suffered coincidentally the same electrical technical fault as Latvala and also had to miss stages but later eventually pulled back to finish ninth overall. Thierry Neuville found the car was missing performance in this high altitude event and became demoralised but he fought on and held fourth place for over half the event. Andreas Mikkelsen ran strongly on the Friday morning, leading for three stages before hitting a rock in the middle of the road and damaged the suspension forcing him to miss stages and restart the next day first car on the road. Italian team director Andrea Adamo said it was a bad Friday with two drivers stopped and the third very unhappy, issuing an immortal observation about his Belgian driver "sometimes Thierry is more Latin than I am!"

It is hard to assess the fortunes of the two car M-Sport team, especially when Teemu Suninen went off the road on the first orthodox stage of the event damaging the car too badly to be repaired, but then there was Elfyn Evans. He drove one of the greatest rallies of his career, running second for half the event and unfazed at the thought of competing head on against Ogier and Tanak. Unfortunately his third place, pipped by Tanak and the lack of any fastest stage times, did not give Evans justice. He had one poor stage on the second day, when he lost confidence in the car, and made a poor tyre choice on the Sunday without all that bad stage he could have been second. 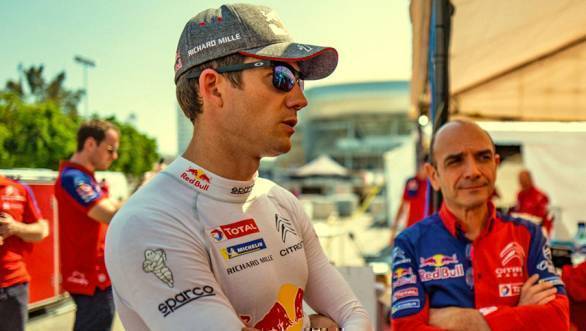 The low entry level gave a chance of good results for the R5 drivers two of whom had splendid events. There was only one competitor in the WRC2 Pro category, the M-Sport driver Lukasz Pieniazek who duly finished despite missing stages when he damaged his Fiesta's suspension. In WRC2 Amateur the star was the 18 year old Bolivian Marco Bulacia who for a long time led the R5 cars, until the popular veteran Mexican Benito Guerra, a fellow Skoda driver, moved ahead. Bulacia had spent a long time being targeted by Latvala, who was trying to gain some extra points after his problems, but finally Bulacia finished ahead, in seventh place.

Rally Mexico created an almost feverish excitement for the local fans, whose families support the event has been won over by imaginative social support for rural communities by the organisers. The organisers had a difficult event which started right from the first stage which had to be stopped and notional times issued for three of the top drivers because an artificial jump collapsed. After severe criticism the organisers then removed an artificial jump on another superspecial stage. They then had to make invidious decisions notional times, twice affecting the reigning world champion. There was also a controversial decision by the Stewards to fine Suninen, Latvala, Mikkelsen, Lappi and Meeke Euros 3000 each, unhappy with drivers warming their tyres before the opening stage on the Thursday evening. Next event is the Tour de Corse at the end of March.