The WRC Polo R Cup has been the dominant force over the last two World Rally Championship seasons. The car in its debut season in 2013, stormed into the championship, ate the competition and spat it out at the scenery as it rose to the top spot. Amassing ten wins out of thirteen rallies, the car in the able hands of Sébastien Ogier helped Volkswagen clinch the driver and manufacturer title. 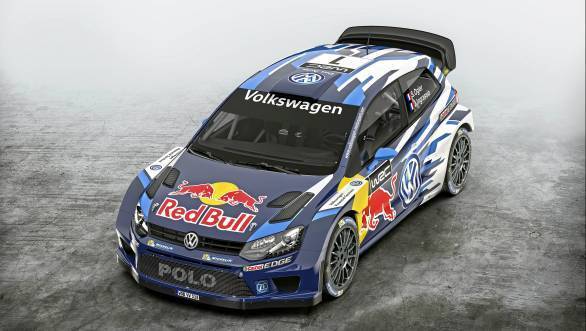 2014 was even better with the car winning eleven rallies, bagging a second consecutive championship for both Ogier and Volkswagen.

So, what does a successful rally team do after ..err..tasting success? They aim to ensure its sweet taste lingers on and that is exactly what Volkswagen Motorsport says, it will try to do in the 2015 season.

Not one to rest on its laurels, the company unveiled a refreshed and refurbished version of its championship winning Polo R WRC car. The team at the launch said that the car has been redesigned and reworked, both on the visual and mechanical fronts.

The exterior gets a very attractive livery that sports a more pronounced hue of  blue than the earlier white colour, as well as a new rear wing. The team said that the engineers have meticulously checked and revised about three-quarters of the cars components. The team has in fact developed a new hydraulically activated gearbox, operated using a paddle shift on the steering column, which it claims to be its biggest innovation for this year. Overall the team has concentrated on improving the car's performance and reliability with a focus on developing a lighter but stronger car.

Speaking at the launch, two time WRC champion Sébastien Ogier said, "I am very optimistic that the new car will get off to just as good a start as its predecessor. We have done a lot of testing and we drivers have worked very closely with the engineers. We put a lot of effort into developing the new shift paddle, which represents real progress. We are looking forward to the new season. It will be exciting to see how we fare against the other teams. The tests have gone well so far, and our engineers have done a good job. The Polo R WRC is even better than it was before."

The new Polo R WRC will begin its title defence at the iconic Rally Monte Carlo on January 22, when the clocks starts ticking at SS 1.

The 2015 FIA World Rally Championship schedule is listed below 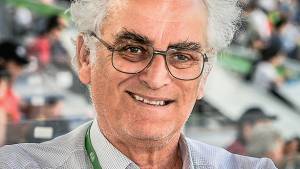