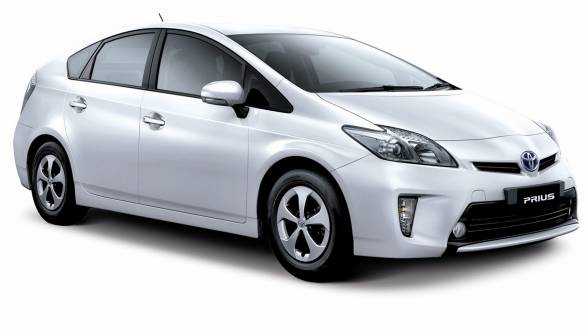 The Prius was first introduced in 1997. It was the world's first mass-produced hybrid passenger car. The second generation followed in 2003, and the third generation in 2009.  From the first to third generation, Toyota drastically reduced the cost of the hybrid system by two-thirds, and increased fuel efficiency from 28kmpl to 38kmpl.

Ever since its launch as the first mass-produced hybrid car, the Prius has received worldwide acclaim. The third generation Prius entered the Indian markets in 2010. In India though, the high buying price of the Prius (around Rs 30 lakh) has mostly kept the buyers away from Toyota's frugal kammback.

Taking the Prius's lead, Toyota has been dedicating a substantial amount of its time and resources to the R&D of hybrid technology, laying emphasis on coming up with core components such as motors, inverters, batteries and electronic control units (ECU). The company is all set to launch the Camry hybrid soon in the Indian market, the tests of which are being currently conducted on the car.

TMC sells hybrid models in approximately 80 countries around the world. By December 2015, it plans to launch 18 new hybrid vehicles worldwide. This will help refresh its cache of HVs and also help increase Toyota's footprint across countries.