William Clay Ford Sr, the last surviving grandchild of the assembly line production pioneer Henry Ford, has died of pneumonia at his home in Grosse Pointe, Michigan. He was 88. 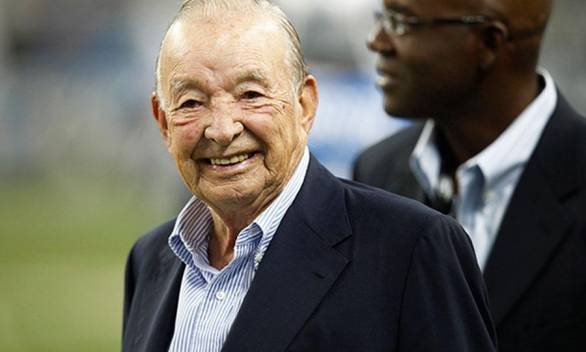 Born in 1925, William Clay Ford Sr oversaw the family business for more than half of its 100-year history. By the time he completed a Bachelor of Science degree in Economics from Yale University, Ford Sr was already serving on the company's board. He went on to become the Ford vice-chairman in 1980 before retiring in 1989. Ford remained a company director until 2005, later taking the title of director emeritus.

He was an avid football fan and was the owner of Detroit Lions football team which he bought in 1963 and also served as its chairman till his demise.

As a board member, Ford helped bring the company back under his family's control in 2001, when the directors ousted former CEO Jacques Nasser in favor of William Clay Ford Jr.

"My father was a great business leader and humanitarian who dedicated his life to the company and the community," William Clay Ford Jr., executive chairman of Ford Motor Company, said in a statement.
"He also was a wonderful family man, a loving husband, father, grandfather and great-grandfather. He will be greatly missed by everyone who knew him, yet he will continue to inspire us all."

"Mr. Ford had a profound impact on Ford Motor Company," Ford CEO Alan Mulally said in a statement. "The company extends its deepest sympathies to the many members of the extended Ford family at this difficult time. While we mourn Mr. Ford's death, we also are grateful for his many contributions to the company and the auto industry."