BMW's motorcycles go back a long way and it is a storied history. Not too long ago, it was commonly believed that once you bought a BMW motorcycle, that was the only brand you would buy for the rest of your life. This was largely true. The problem was that the opposite was also true - if you never owned a BMW motorcycle, it wasn't naturally a part of your decision process. BMW cultists were fiercely loyal but the Bavarian motorcycles were also largely ignored by the largest chunk of motorcycles - their bikes were simply too quirky, too expensive and much of the time, did not fit neatly enough into the traditional categories of motorcycles. But BMW Motorrad has worked hard at becoming relevant. Thus was born the K-series inline four engine and when the S1000RR came out the only trace of BMW's quirkiness that remained was the oddly asymmetric fairing design. What made the S a sensation was the incredible power, insanely good electronics and on debut, it took the fight to the other litre class sports bikes, traditionally the top product battle in the motorcycle world.

Last year, BMW enjoyed record sales in markets like the US but overall sales declined sharply. Recent reports have also noted that BMW Motorrad's profits have tended to come from their flagship models - the R1200GS and the S1000RR overwhelmingly and that their attempts to make smaller, more affordable motorcycles has not enjoyed the sort of popular response the company was hoping for. The F800GS for example is the sole "small" bike in its 2013 top five sellers list. The smaller models are critical in the medium as well as short term because the mature motorcycle markets are all showing signs of stagnation or decline with little or negative growth, an unfavourable demographic population profile (the average age is going up and the youth are less and less interested in cars and motorcycles). Brazil, where they have a factory, for example, is already BMW's fifth largest market. Every analyst worth his salt seems to agree that future growth will come from the emerging markets and south east Asia is the next big thing with China, India, Indonesia etc all already being vast markets in scale. And that if a motorcycle manufacturer doesn't focus on India, then the consequences will be serious.

All of these Asian markets so far have seen enormous volumes come from small, commuting motorcycles and the larger, more specialised motorcycles are miniscule in volume but high in growth. The problem in essence is that markets like this will naturally grow step by step up the displacement and price ladders and it is these rungs of the ladder where BMW's motorcycles so far haven't achieved the kind of success that the German manufacturer would have liked. And their successful models, the S and GS are simply too big and too expensive to pull reasonable large volumes in these markets.

However, the KTM-Bajaj combine has shown that using the local ability to develop and make products at vastly lower costs can translate into sales both locally in South-East Asia and in Europe where smaller motorcycles are still reasonably popular while bigger motorcycle sales are under pressure.

That is where TVS comes in. In roughly the same way that Bajaj's R&D and plant are leveraged by KTM, the opportunity for BMW Motorrad is to be able to access the same sort of frugal engineering and manufacturing. Second, BMW Motorrad has two dealers in India but when we last asked them, about two years ago, they said that they thought India was an important market for them to be present in but only in terms of strategy and future outlook rather than immediate volumes. We believe BMW realises that volumes from India are rapidly moving from 'in the future' to near future imperative. TVS enters this picture with an already established distribution network, something BMW would take a long time to replicate if they went at it alone.

But the TVS-BMW relationship isn't without issues. TVS has already had a bad experience with the Suzuki partnership and that is why they are fiercely independent and a stake sale or swap was reportedly never on the table. In terms of operational issues, TVS has very little experience in selling premium products. Bajaj, for example, worked around that problem by opening a separate line of premium showrooms and service centres whose customer service standards have been higher and the experience more tightly controlled from the start.

TVS will jointly develop certain platforms with BMW below 500cc, with both companies contributing by leveraging their individual strengths. The agreement between TVS and BMW Motorrad involves both companies developing their own variants based on these jointly-developed platforms, and each will use their own respective distribution channels locally and globally.

Now consider this from TVS' perspective. TVS has always been a strong engineering company but since the Victor, more or less, mass market success has been hard to get a hold of. In the recent past, sales have been slowing and the pace of new product rollouts has also slowed. The whole Flame launch, court case, adverse verdict and so forth has not helped. TVS has had a few difficult years.

The arrival of a partner like BMW does many things. The partner will bring investments which means it becomes easier to research and develop but more importantly, new platforms and projects will reenergise the company returning the pace of innovation and new products to what it should be like for a company of this stature.

The joint platforms will also be a new challenge and new challenges are important. New learnings can improve existing products but also, a partner with higher technology can help the company leap frog ahead in the technology acquisition process which is great news.

Slow sales also mean available capacity in the factories and when TVS-BMW shared platform products go into production the extra units will easily get integrated into the plant. Finally a new brand, new products will also give a boost to dealerships and service networks essentially refreshing the whole TVS distribution network. In this sense, it is easily obvious that both companies stand to benefit from a deal like this.

Potential problems? There could be a few, as usual. India has so far not been kind of any sustainable arrangement for international motorcycle manufacturers in India other than the wholly owned subsidiary. With the breakup of the Hero and Honda relationship, the last of the joint ventures has passed into our history. All of the big bike makers are here by themselves except for KTM and the most successful of the big displacement motorcycle brands, Harley-Davidson arrived on its own steam from day one and setup an effective distribution network as well as a plant in very short order. On the other hand, though, HD has been the one company that is clear that a simpler, smaller displacement model would only be on its radar if it was globally relevant rather than India-specific. And that day might yet come. What will be the final shape of the TVS-BMW arrangement? We believe we will get an outline today but the details will become crystal clear only when the first of the joint products arrives in showrooms, perhaps in 18 months time. 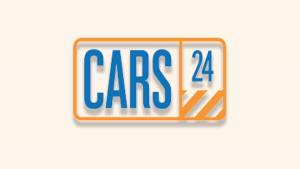