Fernando Alonso's sportscar racing campaign has gotten off to a good start. The McLaren driver, who is currently piloting a Toyota LMP1 machine at the 6 Hours of Spa-Francorchamps, the season-opening round of the World Endurance Championship, has set the fastest time in the first practice session. 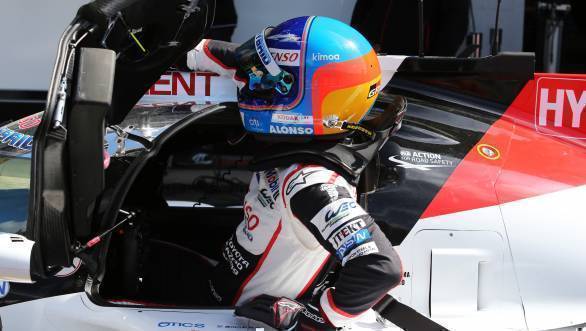 Alonso's first official laps in the No.8 TS050 Hybrid were in FP1, and he ended the session with a timing of 1min 58.392sec, which remained unbeaten till the end of the session.

It was a one-two finish for the Japanese racing team, with team-mate Mike Conway finishing 0.237 seconds adrift of the Spaniard in the No.7 TS050. The third-fastest time in the session went to Rebellion Racing who clocked a time that was 0.457 seconds adrift of the leader. It also helped establish them as the fastest privateer team in the LMP1 class.