We at OVERDRIVE are easily bored without a challenge. So when things were going smoothly, issues were getting closed on time and V8-powered race cars were easily tamed on race tracks, we started dreaming of snow. Why? Because in snow there is no traction, no control. It's a slippery slope that most sensible people will warn you against. 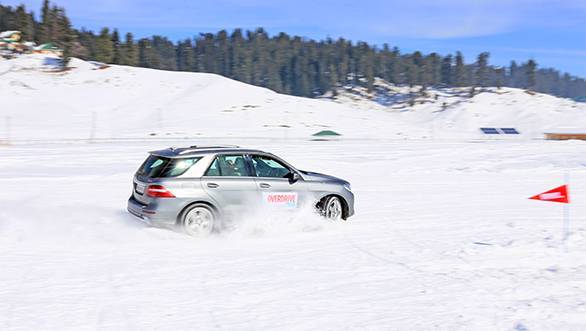 That, in a nut-shell. is the logic behind why we decided to go on the 2014 Winter Drive to Gulmarg. Dangerous terrain, snow-covered roads, any speed beyond 5kmph could spell disaster, and braking meant going on a long sideway drift that you had little control on. These are excellent conditions to test our driving skills and more importantly to scratch that crazy itch.

Support extended from Mercedes-Benz India and Kashmir's uber luxurious Khyber Resort and Spa set the wheels in motion and we reached Gulmarg on January 17.

The third day was even more epic. After a Prinoth Husky worked all night to undo all the havoc we had wreaked on the golf course on Day 2, we were back at it again. Joining us was the flamboyant Jammu & Kashmir Chief Minister Omar Abdullah, who made quite an entrance on a snow mobile. The man not only knows his automobiles well, he also knows how to put them to the right use! 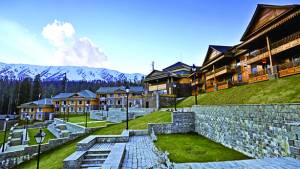