Volkswagen has gone ahead and revealed a new Volkswagen Caddy BlueMotion. This new Caddy will make its first public debut at the 2013 Frankfurt Auto Show. The Caddy is Volkswagen's light commercial vehicle which is sold in Europe and many other International markets.

Volkswagen Commercial Vehicles' new Caddy is the "most fuel-efficient Caddy ever" thanks to a low fuel consumption of 26.7kmpl. The Caddy BlueMotion is powered by the tried and tested 1.6-litre TDI with common rail direct injection that delivers 102PS and a peak torque of 250Nm. Emission values stand at 117 g/km of CO2. The vehicle has a 60ltr fuel tank. 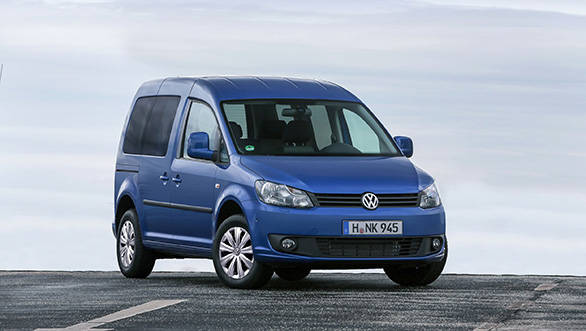 The Caddy BlueMotion can be distinguished by a badge at the rear, its lower ride height, special full wheel covers and painted side guard strips. Equipment features such as standard hill hold assist, cruise control system, exclusive seat upholstery and gloss blackened surrounds for air vents on the passenger version are all standard.

There is no certainty, but it is heard that Volkswagen has been long contemplating the Caddy for the Indian market. Whether it is the commercial version, the passenger version or just rumours, we will eventually know.