Ever wanted to design a car for a video game? This could be your chance if you're a design student. Volkswagen has come up with the Volkswagen Design Contest, a competition with the objective of designing a concept car for Volkswagen which would best suit a video game. Having started on the 5th of May, entries will be allowed upto the 15th of August according to Volkswagen. 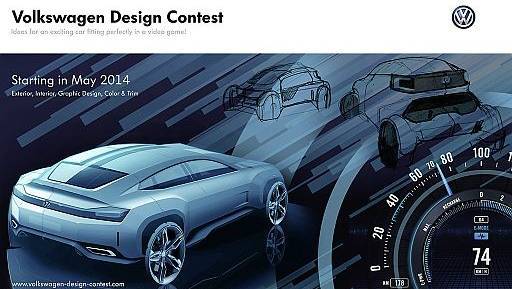 Results to be announced on the 31st of September

Three winners will be named by VW head designer Klaus Bischoff himself. The prize is an opportunity to intern with the design team in Wolfsburg. Apart from including a few of Volkswagen characteristics to the concept car, enthusiasts can let their imaginations run wild in designing the perfect video game VW concept. Individuals as well as teams upto two are allowed to submit their concepts on the Volkswagen website. One also has the option of specialising in any one or more fields of design such as exterior, interior, interface, graphics and/or colour and trim.