Volkswagen will unveil its third model in the Golf GT series at the Geneva Motor Show. The new car is called GTE and  Yes, you guessed it right, the 'E' stands for electric. It's not a pure electric vehicle but a plug-in hybrid.

Exterior is different from GTI by way of blue accents taking place of the red ones. The GTE has LEDs on headlights, turn signals, parking light and a smoked number plate lighting. Side skirts and rear spoiler add a touch of sportiness as do the 16-inch alloys. 17 and 18-inch aluminum alloy wheels come as options. 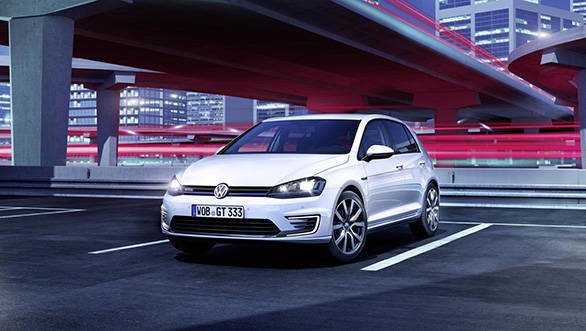 Interior is the same as its counterparts with the blue accented theme being the only exception. Blue colour can be seen on the seams of the leather-wrapped steering wheel, edges of the floor mats, seats and on the shifter grip.

An 105PS 1.4 litre, four cylinder, turbocharged petrol engine and a 102PS electric motor handle propulsion duties. The combined power output is a claimed 203PS with a peak torque of 350Nm.Transmission is a specially developed six-speed DSG autobox. The company states this hot electric hatch will do 0-100kmph in 7.6 seconds and get to 217kmph top speed. Power for the electric motor is derived from a 8.8kwh liquid-cooled lithium ion battery which has a charging socket behind the VW logo in the radiator grille. Volkswagen says fuel efficiency and carbon emission figures are 66.7kmpl and 35g/km respectively. 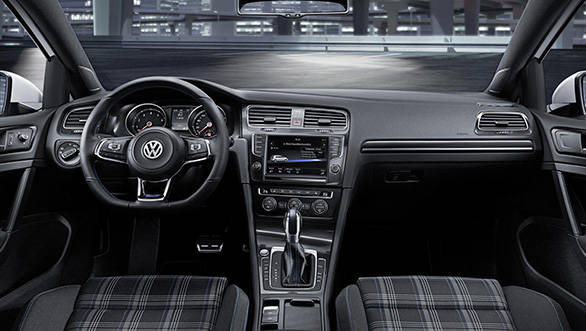 The GTE gets a 6.5 inch high resolution touch screen as standard which displays information such as driving range monitor, energy flow display, zero emission statistics, e-manager and the optional navigation system called the "360° driving range"- which shows the radius on the local map of an outward and return trip.

Bookings will start by August in UK and first deliveries are expected in showrooms by November. Prices have not yet been announced.