Volkswagen to bring Tiguan to India?

Volkswagen is presently struggling to gain a foothold in the Indian market especially with the Polo and Vento not doing as well as they expected. The immense plant in Chakan near Pune churns out cars by the hundred, but the domestic market isn't absorbing this at the same rate. That is why in the last couple of years we have constantly seen a spate of special editions hitting the markets. A few frills here, a few cosmetic updates there, the Polo and Vento have had several editions of themselves offered to the Indian customer. But still the high levels of quality and worksmanship integrated with performance, sophisticated styling and superb dynamics hasn't found many takers. That hasn't got Volkswagen perturbed because the Polo and Vento are doing extremely well where exports are concerned. And right now it's an exporters market.

Nonetheless, Volkswagen is well aware that they need a product in India to give them a bit of an edge and the only way to do that is with an SUV. Enter the Tiguan. The Tiguan is a crossover built on the PQ35 platform that is also shared by cars such as the Skoda Yeti, the current generation Jetta and Audi's forthcoming A3. Worldwide the Tiguan is a highly successful model with Europe dominating numbers followed by China, Brazil, Russia, the US and Australia. Obvious to see that VW has largely targeted the BRIC countries and India makes a lot of sense in this case. In India, this SUV could be positioned alongside the Jetta, which means pricing should be in the range of Rs 15-22 lakh. But then again that may be wishful thinking. The most viable production plan would be to assemble the Tiguan in India, though we are not discounting the CBU route as well, in which case the pricing would be higher.

There are several powertrain options offered globally but the ones that make the most sense for India are the engines that are already offered here in the Jetta or Passat or Yeti. That means Volkswagen could look at offering both the 1.4TSI petrol - there is even a 2.0-litre TSI, but would be prohibitively expensive - and what could easily be the most popular choice if offered in India, the 2.0-litre diesel in three states of tune, a 110PS, 140PS and a 170PS.

Click here for our first drive report on Volkswagen Tiguan. 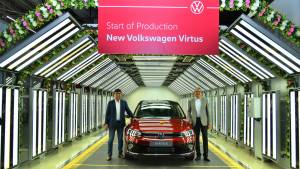 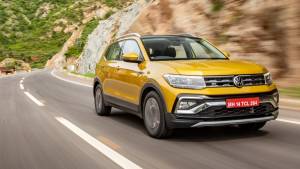 Volkswagen Taigun to launch in India on... 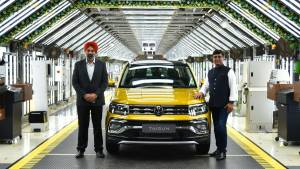