The global Coronavirus pandemic had compelled Volkswagen to shut its Wolfsburg plant in Germany on March 19. This was also done by many other European car manufacturers who had halted production at various locations. The German automobile manufacturer has now resumed operations at the Wolfsburg plant in a gradual manner, starting from yesterday. The production started with the Golf yesterday, while that of the Tiguan and the Touran model as well as the SEAT Tarraco will commence from Wednesday. This is being done to bring in normalcy, not only for the car manufacturer alone but also for the European economy wherein the automobile industry plays a massive role, safeguarding the employment. However, this time around, Volkswagen has made 100 changes in its methods of plant operation as the brand wants to be careful of the health condition of the workers as the whole world is still facing risks of Covid-19. The production of cars at this plant, even though has resumed form yesterday, will not be done at its usual pace which is close to making 3,500 cars a day. Instead, VW will be going gradual in terms of scaling production numbers. And this will be dependant on the market demand for its production, supply of parts and also the guidelines mentioned by the government. The current plan is to churn out 1,400 cars this week and then proceed to a higher number of 6,000 per week, approximately 40 percent of production prior to the start of the corona pandemic. Operations at the Wolfsburg plant will be conducted by 8,000 line workers instead of the usual workforce strength of 20,000. The shift timings have been altered and so have the working hours which have been brought down. 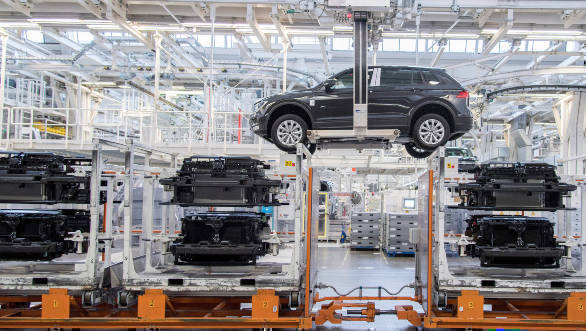 The idea is to keep shifts in a way that minimum operators are needed on the line and at the same time there is minimum contact between the ones entering or exiting the plant. The workers have also been informed to check their own temperature and arrive at the plant in uniform rather than changing it at the plant. They have to open the doors with their elbows, walk in a straight line inside the plant and also make sure they are at a safe distance from each other during operations. Further, instructions have been given to disinfect the tools after every shift and the same cannot be passed on the the other by hand. They have to be placed in a container and then picked by the other in case of an operation that needs the same tools. VW has also installed multiple hand wash facilities at this plant. 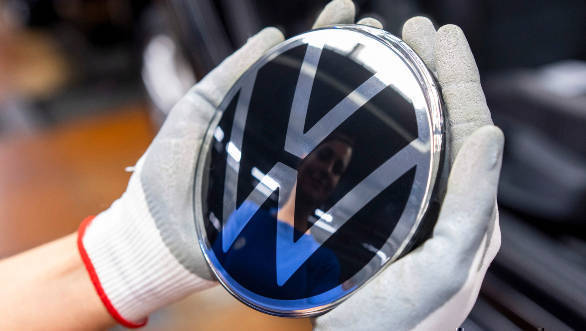 Social distancing in the premises

VW is also going stricter when it comes to social distancing as the intention is drastically reduce human contact. VW has instructed the canteen in its premises at the Wolfsburg plant to remain shut until further notice. The workers who will attending their shifts in the plants have been asked to get their own food from home. Additionally, VW has also reduced water dispensers from its facility to not take any chance in the spread of the dreadful virus. Even the air conditioner units located at various parts of the plant have been made to only circulate fresh air and not to recirculate the existing. Also, the social distancing bit is not just limited to humans but also for cars as VW is making sure that all the cars are at a safe distance from each other so that the workers don't come in close vicinity to each other while performing any operation. Mouth and nose protection will be worn in areas where minimum distances of 1.5 meters cannot be maintained. There will be mobile plexiglass partitions in many areas. 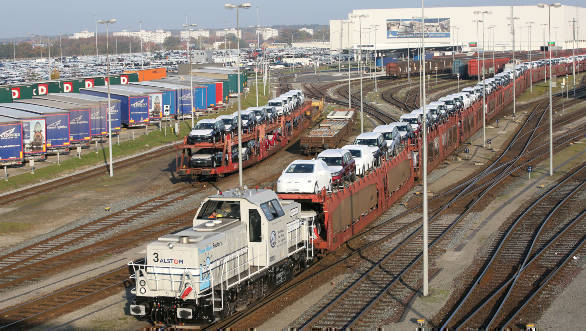 VW has over 2,600 suppliers located in 71 countries, where a large proportion of them are located in Germany. The regular operations at the Wolfsburg plant in Volkswagen saw over 2,000 trucks and 100 rail cars travel in and out of the plant, carrying around 21,000 raw materials and vehicle components each day.  Everyday, around 180 double-decker rail cars and some 185 car transporters leave the plant. The drivers of these trucks have been informed not to step out whenever they are in the company premises. Also, the loading and unloading machinery will be subjected to cleaning more often during the different shifts of operations. Considering the scale of operations, management of suppliers movement to avoid the spread of the virus will be a huge challenge for different manufacturers. Volkswagen has shared this 100-point plan with its more than 40,000 suppliers and logistics partners throughout the world, also helping group brands such as Audi, Seat and Porsche.