Volkswagen Motorsport to focus on customer racing programme in 2017

Volkswagen Motorsport announced its withdrawal from the World Rally Championship last year. At the time, it also announced its intention to focus on its customer racing programme. Now plans for the 2017 season of motorsport have been announced that include support to customer teams that are racing the Golf GTI TCR, support to the World Rallycross Championship and the development of the Polo R5 for rallying. The company will also continue to supply engines in Formula 3. 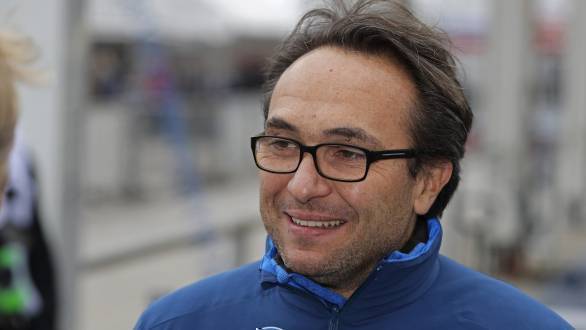 Sven Smeets, the director of Volkswagen Motorsport who took over after Jost Capito's departure, said that his team of employees was extremely committed to the customer racing programme and the new challenges that it entails.

The new R5 rally car that that is being developed for customer racing teams is based on the next generation Polo. The car will be tested over the course of 2017, and Volkswagen says will incorporate all the learnings from its 12 WRC titles (four drivers, four co-drivers, four manufacturers). Meanwhile, VW is continuing its cooperation with Skoda, and optimising the 1.6-litre turbo engine that the two companies had developed together. There are plans to allow customer teams to run the 2016 Polo R WRC.

Over in the TCR series, the Golf GTI TCR is being piloted in the International TCR Series as well as the Asian TCR Series. Whule 2017 Formula 3 European Championship will feature cars that are powered by 2-litre 240PS VW racing engines.

Smeets said of the many series that VW Motorsport is involved in, "We are concentrating on new projects, such as the development of the Polo R5 and the cooperation with Volkswagen Sweden and Petter Solberg in the World Rallycross Championship. Plus, we are also working hard on established and successful projects like Global Rallycross in the USA, TCR with the Golf GTI, and Formula 3. Furthermore, there is customer interest in running the tried-and-tested Polo R WRC at various rallies. Our to-do list is very full."