Volkswagen has released official spy photos of its new Volkswagen ID all-electric hatchback. This EV will also launch a new electric sub-brand for the car maker and will be the first of a range of models that will include sedans and SUVs. 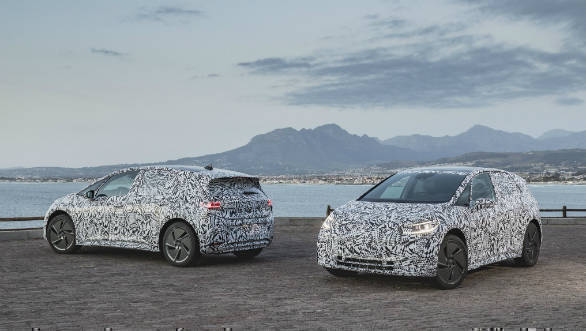 The design of the ID, as expected, is a toned down version of the concept. The car has a more upright, cab forward stance than other VW models. The head and tail lamps seem to be slim LED units while the grille-less front fascia and high bonnet-line have been carried over too. The car has as MPV-esque profile although the sloping roofline makes it look more compact than t is. Also notable are is the large quarterglass and the slightly concave windowline. The panoramic windscreen seems to have been ditched in favour of a more traditional unit. The rear-view cameras and electric door handles have been replaced with more mainstream set ups. The slim LED rear lighting of the concept has been replaced by a tail lamp unit reminiscent of the Polo. 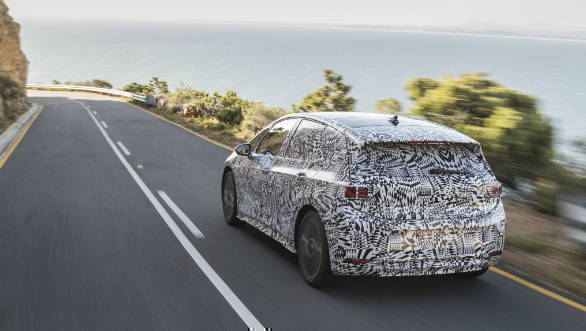 In size, the production Volkswagen ID will be marginally larger than the current seventh generation Golf. A recent tweet from a VW executive stated that it will come with 550 km range. The ID will be powered by a 170PS motor and will be priced along the lines of a diesel-powered Golf. This puts its in the Rs 20 lakh range, before taxes and duties. Consequently, the ID will compete directly against the Tesla Model 3 and the Hyundai Kona electric. 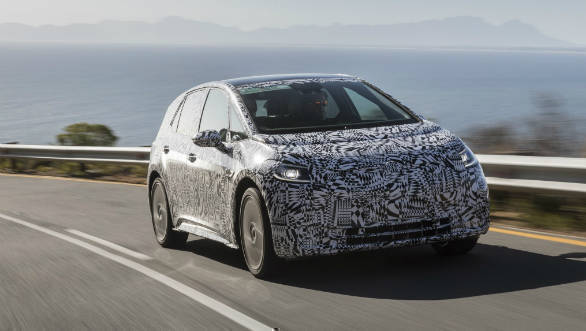 The ID is one of the most important Volkswagen cars in a long time. The carmaker has stated it will not develop any new internal combustion engines after 2026 and focus solely on electric power. The ID could be the car that justifies this decision and helps it set the firm up to be a major player in the EV era. The production Volkswagen ID is expected to launch internationally by November 2019.