After convincingly beating Indian drivers on their home soil winning 7 of the 10 races in the 2013 Volkswagen Polo R Cup India, Jeffrey Kruger proved to be one of the best rookies at the Volkswagen Castrol Cup 2014 finishing third overall in the Drivers' Standings after the first weekend. The South African who goes into the competition as a first timer started the first race in 6th position and bettered that to finish 4th, which automatically got experts interested in this promising 20 year old. 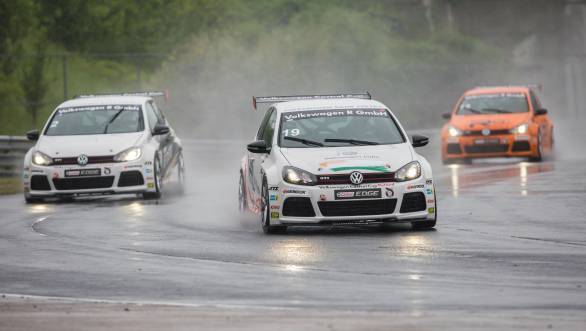 Jeffrey Kruger in action at the Hungaroring

Stepping into a higher category of racing with the Golf GTI, Kruger showed no change in confidence finishing 0.853 seconds behind the race winner in his first showing at the Hungaroring. The Volkswagen Motorsport India backed rookie felt good after finishing 4th eventually but was eagerly looking forward to ease himself further into a podium finish at the second race the next day. That is exactly what happened as he started off the second race confidently foraying into 3rd position early in the race. But had to fight with Pawel Kr??elok to hold on to 3rd as they swapped places during the race several times. But it was Kruger who prevailed and was able to finish 2nd, overtaking Maciej Steinhof in the final lap of the race to finish in second place. 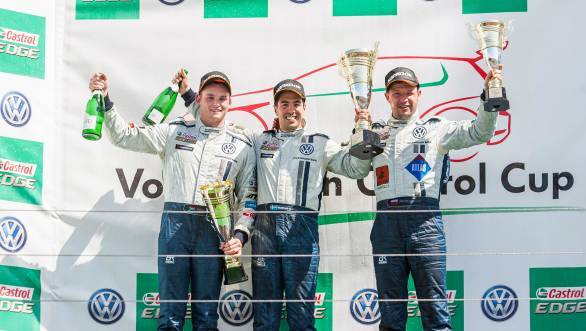 After an impressive weekend's showing at Hungary, the VWCC rookie has now set his eyes on Lausitzring, Germany as the Castrol Cup heads into a months' break. Asked upon how the first weekend at the Volkswagen Castrol Cup felt Kruger said "At the beginning I wanted to thank all people who helped in competing in Volkswagen Castrol Cup. Especially Volkswagen India." He also mentioned how close the rivalry among drivers are in the Cup and that there was no room for boredom after the first race.