While car manufacturers are seen at the forefront of autonomous driving technology development, Yamaha has been doing the same for motorcycles with the development of its MOTOBOT 2. The MOTOBOT version 2 autonomous motorcycle riding robot has been in development since 2015 now and finally, its artificial intelligence has reached a skill level where the boffins at Yamaha believe it can take on possibly the best motorcycle rider they have access to, MotoGP Valentino Rossi. With this in mind, they recorded Rossi's lap time and then attempt to beat the time with MOTOBOT 2. 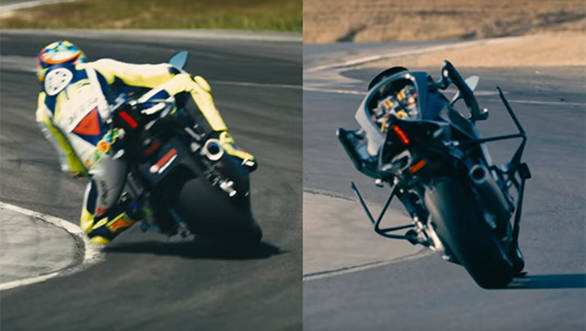 This week's video worth watching is an account of this attempt by Yamaha from the viewpoint of MOTOBOT 2. Since 2015, its hardware and software for autonomous riding were repeatedly reviewed and revised. In September 2017, one of the project's milestones was reached as MOTOBOT 2 successfully hit speeds exceeding 200 kmph. The next step was taking on 'The Doctor' himself. But can MOTOBOT 2 achieve what few humans have been able to, and beat Rossi's lap time around a racetrack?

Watch this video find out: