Video Worth Watching: Seven decades of the Unimog

The Unimog is an automotive legend. There is practically nothing that it can't do. The creation of Albert Friedrich and Heinrich Robler, the Unimog was initially designed for agricultural applications while being vastly different from tractors. Built in 1946, the Unimog Prototype 1 stood out from all other automobiles owing to its equal-sized wheels, all-wheel drive and a torsionally flexible vehicle frame. Well, the current generation Unimog still retains those features. Unlike tractors, it could attain a top speed of 50kmph, had differential locks at the front and rear and offered the facility for attaching numerous mechanical attachments.

Until now, 30 model series of the Unimog have been manufactured and over 400,000 units have been sold. It is an all-wheel drive automotive all-rounder unlike any other vehicle the world has seen. Mercedes-Benz says and as the video shows, the Unimog 'is capable of being utilized as a tractor, rescue vehicle, fire-fighting vehicle as well as for expeditions and regular road and off-road usage. 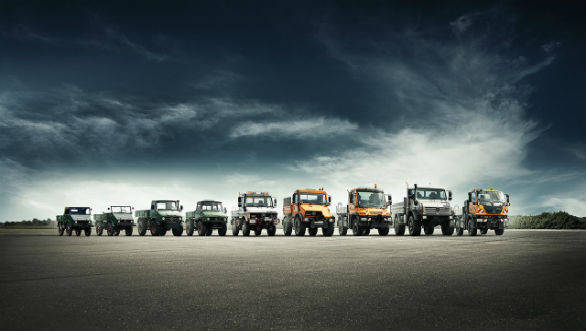 The current generation Unimog continues to be as rugged and capable and can tread across any form of challenging terrain just like its predecessors. What has changes is that the cabin is a lot modern and ergonomics have improved significantly. It gets a heating and air-conditioning system along with a front camera. It even complies with the tough Euro VI emission standards. To celebrate 70 years of the Unimog, Mercedes-Benz has released a video highlighting its exploits until now. 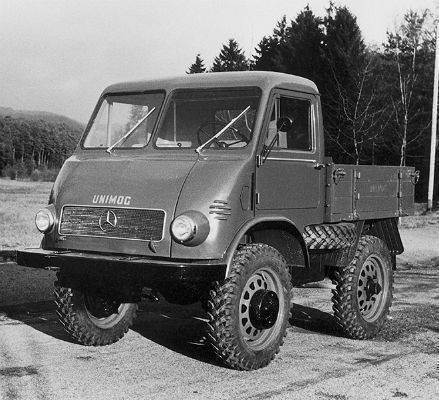 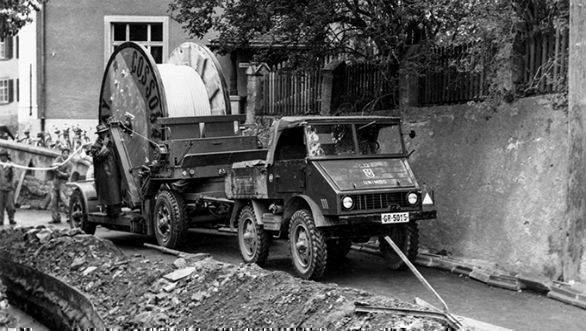