If you didn't already think of Koenigsegg as one of the coolest makers of fast cars out there, our this week's video settles that argument quite emphatically. Produced completely in-house by the Koenigsegg team during the lockdown, the video features the last ever Koenigsegg Regera in a 12-minute long video.

Only thing, this video looks straight out of a big-budget Hollywood production. And like these moves, this video also features bad guys, explosions and the Regera going very fast. As for the Regera, it is powered by an electric drive system that consists of three electric motors - one on the crankshaft and one on each of the two rear axles. These electric motors produce a total output of 670PS. Koenigsegg claims that the power-to-weight ratio, which is more than 10PS per kilogram, has never been offered in a road-legal electric car prior to the Regera. This power, along with 1,100PS from the internal combustion engine, is directed to the rear wheels with the help of Koenigsegg Direct Drive system (KDD) instead of a conventional gearbox. This single-speed unit has been designed to save both weight and mechanical losses. All of that tech helps the Koenigsegg Regera attain an acceleration of 0-400kmph in as little as 20 seconds.

Only 80 units of the USD 1.9 million Regera were intended for production and all of them were sold out by 2017. 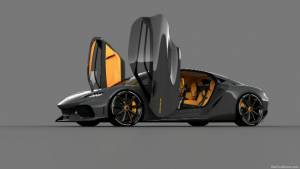