Video: Where we visit the Ferrari factory at Maranello

Since 1947, Italian manufacturer Ferrari has been rolling out the most beautiful models off its facility in Maranello. Spread over an area of over 50,000 square metres, the factory resonates the vision of its founder Enzo Ferrari - who is pretty much the Willy Wonka of anyone who calls himself a petrolhead. Our Jamshed Patel (better known as @AutoJam) is no exception. And he got to visit Willy Wonka's factory to see how the his most delicious creations are built. See the video below to know what goes into making cars that have dominated legendary racetracks (and roads too) since the beginning of racing. 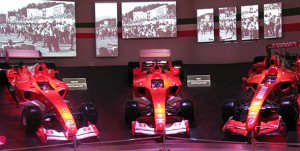