We should warn you that this video is quite graphic and shows a racecar crashing into a wall at about 300kmph. This accident happened last weekend at the FIA World Endurance Championship: 6 hours of Sao Paolo endurance race. Webber was running hard towards the end of the race, trying to overtake as many places as possible when contact with a Ferrari GT car sent him and the Ferrari spearing into the wall. The impact was so great that the car bounced off the wall, slid across the track and smacked into the armco on the other side. As you can see, the crash left the car in a crumpled, burning heap with the rear end almost completely detached. The fact that Mark survived is down to the incredible safety of today's crash structures used in racecars. Like the commentator says, the rear end was designed to come off while keeping the driver cell safe. The car essentially gets destroyed while absorbing the energy and keeping the driver safe.

Webber and Ferrari driver Matteo Cressoni were both airlifted to hospital where they were deemed to be in satisfactory condition. Webber released a statement on his website saying, "I'm quite sore this morning, am pretty bruised and have got a stinking headache. I've got no recollection of the accident or how it happened. The team is looking into the details to find out more. Thanks to the medical team at the track and here at the hospital, who did a great job and are looking after me very well."

Ever the racer, Mark says he was happy the team managed to get their first win of the season (the first Porsche prototype to win an endurance race since 1989) and that he can't wait to get back on track next season. You sir, have our complete respect. 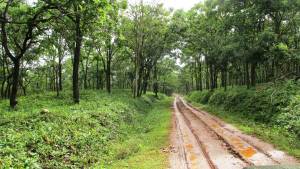