The Honda Mobilio facelift has been showcased in Indonesia.But don't expect to see it at the upcoming Auto Expo 2016. The changes on the outside include new 15-inch alloy wheel design, integrated blinkers in the new ORVMs as well as chrome inserts in the fog lamp enclosure. The RS trim in addition to the aforementioned changes, also gets roof garnish mouldings. 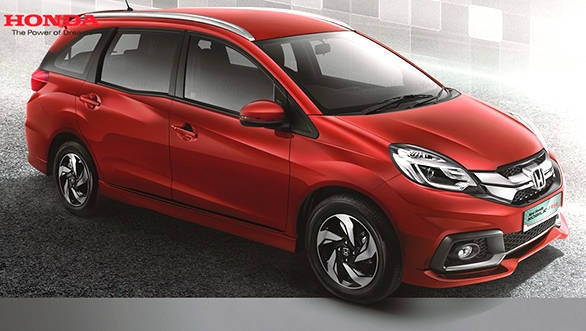 The new 2016 Honda Mobilio shares the dashboard with the Jazz and the BR-V. The layout though is similar to the 2015 model. Honda's new Mobilio now gets a digital AC display, chrome inserts on the dash, a hi-res touchscreen infotainment system,  automatic climate control, new buttons as well as instrument cluster. The cabin now looks clutter-free thanks to the use of less buttons. 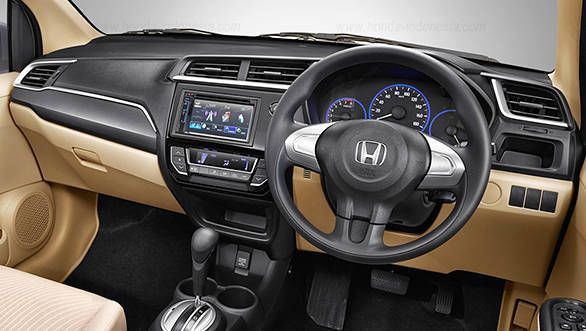 Mechanically there are no changes in the Indonesian-spec model which means the 118PS 1.5-litre petrol comes mated to a manual as well as CVT. In India, the diesel as well as petrol are expected to continue unchanged as well. Expect Honda to launch the new Mobilio in India sometime this year.