A set of spy photos have revealed what looks like the facelifted BMW M5 under camouflage, ahead of its launch in India in some time. The BMW 5 Series, along with the top-rung BMW M5 received a substantial mid-life update internationally in July.

Although covered here, the most noticeable change is the aggressive new face with takes the same sharper laser lighting from the standard 5, along with the larger grille. In the M5, this is finished in black detailing visible here which is also found in the reworked front bumper. The new rear lamps, again in camo here, also get black surrounds while the rear bumper with the black apron around the quad tailpipes has been changed. Finally, there are new 19-inch wheels, two new standard colours and two new optional colours. 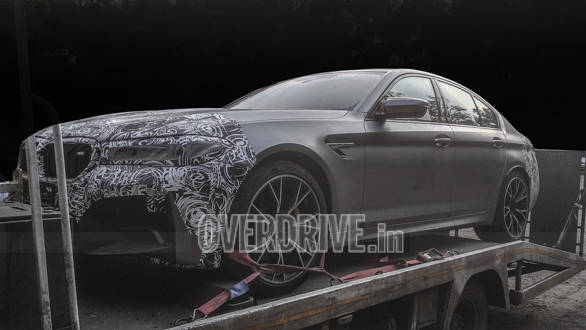 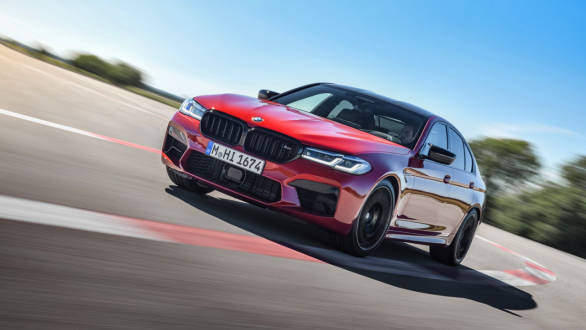 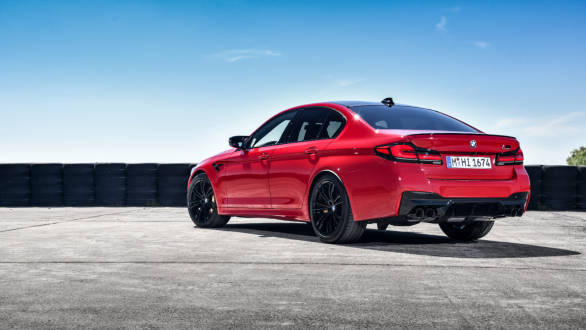 On the inside there is the new digital instrumentation and the new 12.3-inch touchscreen. The M5 specifically adds new Sport and Track drive modes. Another new addition is the M-specific two-button set up for the drive modes derived from the M8. The BMW M5 Competition further features new shock absorbers from the BMW M8 Gran Coupé. The Competition also sits 7mm lower and gets larger 20-inch wheels. 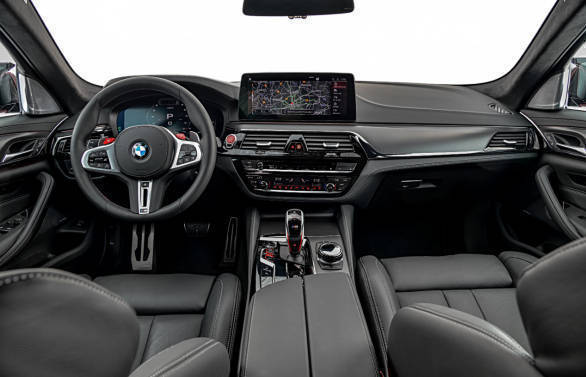 The 4.4-litre twin-turbo has been left untouched and makes 600PS in standard and 625PS in Competition mode. Both make 750 Nm. The M5 gets from 0 to 100 kmph in 3.4 s, the Competition in 0.1s less. The engine pairs with the eight-speed auto with xDrive AWD and a selectable RWD mode. Top speed, with the optional M Driver's Package, is 305 kmph.

With the M5 making an appearance first, we expect BMW India to use this version to launch the refreshed 5 Series range in India and garner more eyeballs. The engine options for the 5 Series remain unchanged, but they come with 48V mild-hybrid assistance and the entire line-up now meets Euro-6d-temp regulations. This means that in India, we should continue to get the 520d 2.0-litre diesel engine with 190PS/400 Nm and the 530d inline-six diesel with 290PS/650 Nm. The 530i makes 255PS and 350 Nm from a 2.0-litre four-cylinder petrol. The BMW M5 and the 5 Series should come to India by late 2020 or early 2021.