Peugeot has unveiled its 2013 RCZ sports coupe ahead of its Paris Motor Show debut. While the silhouette remains the same, there have been many details added to it. There are now horizontal bars on the grille done in chrome and the lower fascia has been restyled to house the LED daytime lamps. Peugeot is offering customers a choice between adaptive lights and halogens. As far as exterior colour options go, there are eight colours to choose from including two new. Then there are also several decals and alloy wheels ranging from 18-19 inches on the options list.

The interiors also get several options like the Connection Navigation borrowed from the 508. Ticking the Sports Pack option will bring in a short throw gear-lever, smaller steering wheel and a package to enhance the engine note inside the cabin. Speaking of engines, there are four on offer including the 260PS 1.6-litre THP, the most powerful engine Peugeot has put in the RCZ.

Peugeot will display the concept RCZ R with the 260PS engine at the 2012 Paris Motor Show later this month and it will be on sale towards the latter half of 2013. 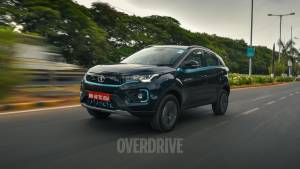