"Led by the Make in India mission, there is renewed optimism in the Indian economy. One of its significant impacts has been the improving sentiments related to the ease of doing business in India, and there should be sustained efforts for progress on this front. There have been several cross-sectoral reforms which have positively impacted the economy, and we are hopeful that this will extend to address pending decisions which will lead to further reform," says Sumit Sawhney, country CEO and managing director, Renault India Operations.

"The Automobile sector is a key driver to boost the economy and its significance in India is highlighted by the fact that India is expected to become the world's third largest market after China and the US by 2020. The sector contributes 40 per cent of the country's manufacturing GDP and generates an estimated employment of 29 million (direct and indirect)." 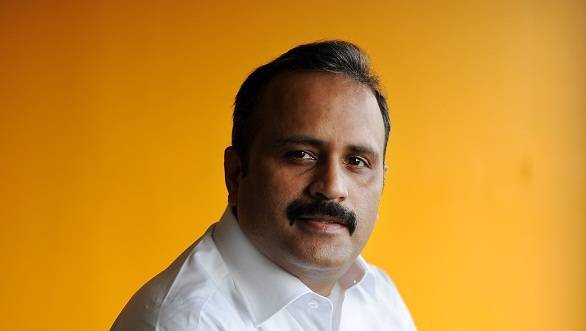 "The automobile industry prominently features in the Make in India programme, and has been identified as one of the 25 thrust sectors outlined for growth. Together with its focus in making India a manufacturing powerhouse, we hope that the Government uses the budget to include some automotive sector friendly and pro-business policy decisions which will help boost this important sector which is one of the key driver of countries growth."

"The industry is hopeful that the excise duty reduction is reintroduced, as from a long-term perspective, a unified excise duty structure will go a long way to benefit the industry."

"Another longstanding request is the introduction of a scheme for scrapping of old vehicles which will keep older cars off the roads. This will benefit the environment, reduce fuel consumption and also propel further demand for greener and efficient vehicles."

"Moreover, we look forward to policies that will create more incentives for environment-friendly vehicles. With the Government stipulating that India will directly move from Bharat Stage IV to VI emission norms in 2020, companies have their task cut out in earmarking investments for new technologies. It is in this context that the auto industry is hoping that the centre will offer substantial incentives to promote hybrid and electric cars, and also develop the necessary infrastructure to make this a viable solution."

"We are also looking forward to the implementation of the GST bill, which will play a significant role by creating a uniform tax structure across all states. The Budget should also address reviving rural demand, and in this context, the implementation of Seventh Pay Commission will be an important growth driver. With the drive towards Make in India and Skill India, incentives for the development of innovation and skills at a local level will be important."

"Increase in allocation of funds towards infrastructure development including highways is also important and we look forward to some announcements on this front as well in the budget. We also look forward to ongoing measures and policies to maintain a healthy balance between interest rates, inflation and arrest the fall of the rupee, which will benefit the economy.The automobile industry is hoping that the Centre will offer substantial incentives on encouraging the growth of the automotive sector as it has a significant bearing on the economy and also on job creation."